Review: Son of God is more propaganda than cinema 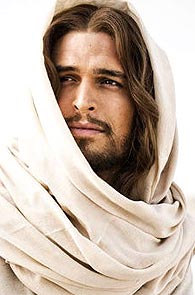 Son Of God is an epic fail, rants Paloma Sharma.

Son of God is truly a magical film.

It reminds you of those final few minutes on the last day of school just before summer vacation, waiting for liberty, where you try to stare your watch into submission but it won’t change a thing.

Officially, Son of God is supposed to run for 138 minutes but I suppose they calculated that in Narnian time.

Based on the History Channel’s 10 hour miniseries titled The Bible, Son of God attempts to tell the story of Jesus but chooses to portray an extremely convenient and mainstream version of His life and times instead of digging deeper.

Diogo Morgado, who played the titular character in the miniseries, stars as Jesus in what can only be termed as director Christopher Spencer’s half-hearted attempt at storytelling. Spencer lifts a generous amount of footage from The Bible and if you’ve already watched that version, watching Son of God is double the torture.

The kindest thing I can say about Son of God’s storyline is that it is lazy.

Writers Richard Bedser, Colin Swash, Nic Young and writer-director Spencer pick out the best known bits from the New Testament -- such as walking on water, saving the adulteress and healing the sick -- instead of adding new information.

The film opens with the tale of Christmas, the birth of Christ.

Mary (co-producer Roma Downey), Christ’s mother, believes the prophecy of her son being the 'King of His people' but is only seen crying over his fate for a large chunk of her appearance.

Son of God also neglects the other Mary -- Mary Magdalene (Amber Rose Revah). Despite being shown as a disciple of Jesus, Mary’s background is never revealed. She is mostly seen serving food, fussing over Jesus or screaming at Jesus’ torturers.

In addition to this, Son of God also tries to masquerade as a political thriller. It tells of how Jesus’ message and pro-people approach to faith was turning into such a big threat for the government-religion nexus that they plotted to take him out. However, despite this being an important part of the tale, it is treated as secondary to the performance of miracles.

smile on his face, preaching vague answers to pertinent questions for most of the film. His sermons are rarely put into context. You are just expected to know the original story from the Bible.

Roma Downey casts herself as Virgin Mary and the only thing that distracts you from her persistent crying is the badly done nose job.

In addition, Son of God also features quite a bit of British accents as persons of Middle Eastern origin. Besides, the people of the Desert of the Old seem to be a little too well groomed to be peasants and labourers. You half expect The Scorpion King to pop out any minute.

Son of God goes down the same road as The Passion of the Christ in its depiction of Jesus’ trial and crucifixion. The persecution scenes were done so well that for the 20 minutes that Jesus suffers, you feel it twice over. In fact, when nails are being drilled into Jesus’ hands and feet, you want to put a nail through your own hand and attach yourself to a table in your home, lest somebody tries to drag you back to the cinema hall.

Of all the Apostles of Christ, Peter is the only one who gets a (very limited) back story. The rest of the apostles are shown to be following Jesus just because he is Jesus. Although Mary does state that he has saved them, since their individual connections with Him are not established, the story seems hollow at its core.

Son of God is horribly researched. Unwilling to go beyond the conventional Western view on Jesus’ life, His message, His race and His bloodline, the film is so smugly settled in its comfort zone that the message of Jesus is lost.

Jesus being the son of God seems like excuse enough for the film makers not to explore the character or his teachings beyond the surface. Kindness? Compassion? Brotherhood? No thank you, Son of God has more important things to talk about -- such as complete and total faith in God.

Bad CGI, worse cinematography and the worst of dialogues are stuffed into what is essentially meant to be a film about proving that Christ was more than just a man, that he was divine. Why human cannot be divine will be better answered by Professor Langdon.

When it does finally (finally, finally!) end, Son of God proves to be more propaganda than cinema, and despite its makers’ insistence that it is a Biblical epic drama, I think most of us would agree that it is just an epic fail. 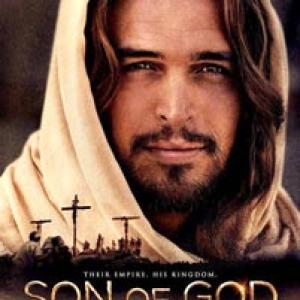