Review: Ship Of Theseus is a beautiful near-masterpiece 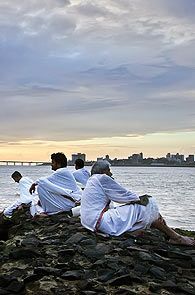 Ship Of Theseus is the film cinephiles have been waiting for, writes Aseem Chhabra.

Neeraj Kabi is a tall lanky actor with a calming voice and a smile so warm, exuding so much goodness that if he was a religious leader, many people would join his order.

In Anand Gandhi’s near-masterpiece Ship of Theseus, Kabi plays a monk (presumably a Jain), an activist opposed to pharmaceutical and cosmetic companies testing their products on animals. When Kabi’s Maitreya learns that he is suffering from the cirrhosis of the liver, he refuses medical treatment, instead deciding to starve himself to death.

As he brings the violence upon his body (some harrowing and moving scenes that reminded me of Michael Fassbender as Bobby Sands on hunger strike in Steve McQueen’s Hunger) Maitreya also engages in a lively discourse with a young perky lawyer Charvaka (Vinay Shukla).

No one wins the argument whether the monk should think about the greater good or compromise his beliefs and seek medical treatment for his ailment. But in watching the monk’s story -- the second in the three narratives in Ship of Theseus, the audience will be deeply rewarded with some of the best cinematic moments they have experienced in an Indian film.

For one there is Pankaj Kumar’s mesmerizing cinematography -- long shots of monks dressed in white, walking in sparse countryside, to a haunting and a beautifully composed image of the same monks sitting on a rock as they stare at the ocean and Mumbai’s skyline in a distance.

Gandhi’s writing, especially in this segment of the film is rich, packed with some of the most intelligent and thought-provoking dialogues that I have heard in an Indian film.

And then there’s Kabi’s gentle, near spiritual performance. He continues to smile with every word he speaks, every argument he puts forth, even when he is in pain, lying wasted in a quiet magical monastery, that seems very far away from the Mumbai’s loud, boisterous world.

In taking up three stories -- the first looks at a blind Arab photographer (Aida El-Kashef) whose life changes after she has a cornea transplant and the third about a stockbroker (Sohum Shah) who gets obsessed with seeking justice for a Mumbai slum dweller whose kidney has been stolen -- Gandhi examines the idea of identity.

The title comes from a Greek myth and questions whether an object (a ship in the myth) remains the same, even after many of its parts have been replaced?

Gandhi take three stories about organ donations and carries forward that same argument. As Vinay the stockbroker asks towards the end of the film, isn’t a man made up of his parts? His friend responds saying there must be something else in us, otherwise wouldn’t a person change if you replace his parts?

For his first feature film (although he has made a couple of celebrated shorts) Gandhi shows a real command over the medium and his flair to narrate stories.

The three stories in Ship of Theseus have very different tones -- the first examines art and how a blind person and then a person of sight looks at it (an idea explored even deeper in Jocelyn Moorhouse’s 1991 Australian film Proof with Hugo Weaving and Russell Crowe); the second a journey with a spiritual man and his ideas; and the third almost becomes a thriller, laced with some unexpected humor.

The beauty of all the three stories lies in how Gandhi ties them up in the end. A three narrative structure was first explored in the west by a group of young masters, although now it is overused -- with limited success, by some indie filmmakers in India.

But in Ship of Theseus, Gandhi gives us one of the most satisfying closures to a film.

If some sections of the audience start to tear up towards the end that will be okay. Those would be tears of joy and of discovering a very special film.

That Gandhi is an audacious filmmaker is an understatement. He has made a film with dialogues in English, Hindi, Marathi and even Swedish, making no compromises. And he mostly shot the film in Mumbai -- the city that brags about the growing number of 100 crore-club films.

Ship of Theseus will never join the 100 crore-club. It was not made with that intention.

But it has a right to stand on its own. I know there is an audience out there hungry for good new cinema. Ship of Theseus is the film they have been waiting for.

Also read: Review: Ship Of Theseus is a work of art 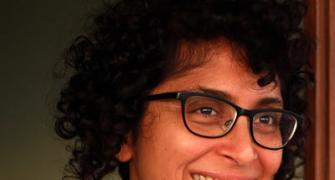 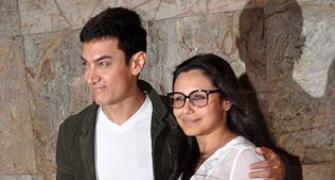 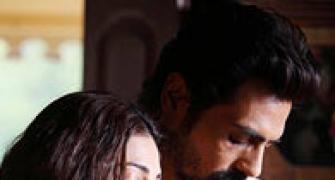 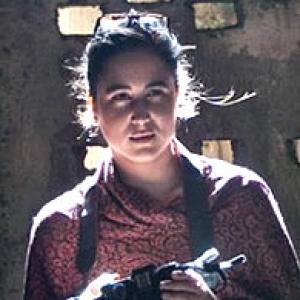 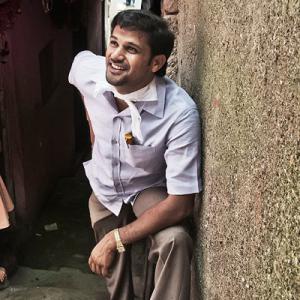