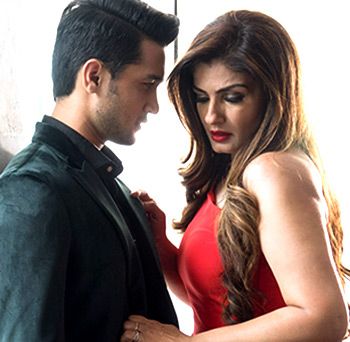 Shab is too coy about sexuality and sleepy in its reflections of loneliness to get anywhere, feels Sukanya Verma.

The abundant, antsy energy that undermined the 1990s star's dramatic potential seems to have found its inner peace over the years.

As witnessed in the recently-released Maatr, there's a noticeable thehrav in her passions and personality.

This newfound serenity and self-awareness in her swaggering confidence pitches itself perfectly to the cougar socialite of Onir's Shab. But it's frustrating how her drawing power dissipates in a script that is ambivalent about making its move.

I appreciated Onir's proclivity for highlighting repressed facets of human nature and social anxieties through films like My Brother... Nikhil and I AM -- something I found completely lacking in his latest offering, Shab, which is a cosmetic glance at Delhi's shiny social circles and its undervalued free spirits.

There is something terribly underdone about its narrative that hustles from one damaged character to another, but conveys precious little.

Although it's only 108 minutes long, Shab feels as drawn out as the four seasons it is set against -- summer, monsoon, autumn and winter.

Bored by the monotony of luxury, Raveena's well-heeled Sonal Modi trifles with young lads every time her jetsetter hubby (Sanjay Suri) takes off and clears the coast for adultery.

Her newly acquired toy boy on a payroll is a wannabe model and starry-eyed SRK fanboy (Ashish Bisht) from a hill station near Mussoorie and still naïve about the ways of high-society and city life.

But his boyish smile, which evokes a newbie Aamir Khan, and unaffected candour even when gabbing foolishly in silver underwear around a bunch of saucily smirking appraisers of a modelling contest does well to underscore his inexperience.

Shab's other noteworthy players are a gay café owner (Areesz Ganddi) nursing a broken heart over his partner's (Gaurav Nanda) buckling to social pressure, his lady friend (Arpita Chatterjee) who waitresses at his eatery when not taking care of her school-going sister or vanishing in the nights on some mysterious business, her considerate French neighbour (Simon Frenay) with secrets of his own and a catty fashion designer (Raj Suri) eyeing pretty young boys like he has walked straight out of a Madhur Bhandarkar movie.

Despite broaching on the politics and power play of homosexual relationships and noting the inconsistency of acceptance, Shab is coy about sexuality and sleepy in its reflections of loneliness to get anywhere.

Relationships form and fade out on a whim while hanging out in swank South Delhi restaurants, sipping drinks, mumbling monosyllables and gazing wistfully into oblivion or camera.

Aside from Raveena, none of the actors carry the gravitas to fashion something poignant for scenarios that require more than awkwardness.

Mithoon's music is lilting and Sachin K Krishn's cinematography captures Delhi's nightlife at its most luminous.

Yet Onir documents the most intimate facets of his characters lives with confounding distance.

Blame it on the sloppy screenplay and flimsy characterisation, but not a single character elicits any sort of emotional response -- good or bad.

The conflicts are dispassionately resolved in Shab, shooting down its already negligible emotional quotient to nil.

What lingers on in evasive, vague, plodding and forcibly melancholic. 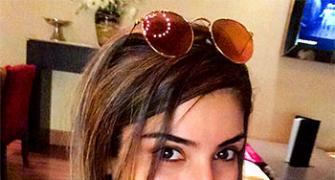 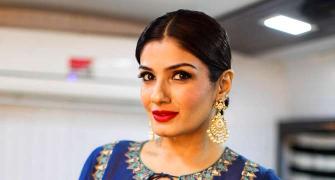 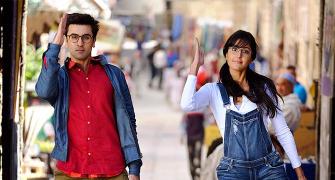 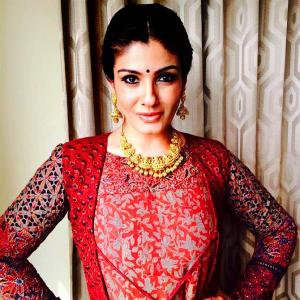