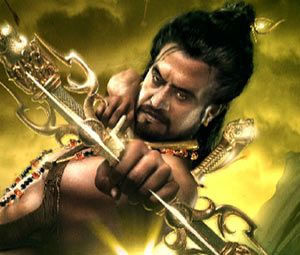 'Despite the technological hype, it is still extremely tough to connect with the virtual characters, especially Rajinikanth, whose larger-than-life persona cannot be captured by any path-breaking technology', says S Saraswathi.

For more than a year now, there has been great interest among film enthusiasts, critics, and Rajinikanth fans across the globe, about his latest film Kochadaiiyaan.

But it is not its technical brilliance that has caused all the excitement, but the iconic superstar himself.

The film’s director and Rajninikanth’s daughter, Soundarya R Ashwin, was awarded the NDTV Indian of the Year award for technical innovation in film even before the film was released!

The film has a team of world class technicians, including Oscar winners A R Rahman and sound engineer Resul Pookutty.

The film is a fictitious account that has been inspired by King Kochadaiyan Ranadhiran of the Pandya dynasty.

In the film, however, Kochadaiyan Ranadhiran (Rajinikanth) is the powerful commander-in-chief of the army of the kingdom of Kottaipatanam ruled by King Rishikodagan (Nassar).

A brave and loyal warrior, Kochadaiyan is loved and worshipped by the people, but hated by the king, who feels threatened by his rising popularity.

King Rishikodagan falsely accuses him of treason and he is brutally beheaded in the presence of his two young sons, Rana and Sena (both grow up to be Rajinikanth), who promise to avenge their father’s death.

The rest of the story is a revenge saga that has been repeated over a thousand times on celluloid.

Despite using the latest technology for the making of the film, surprisingly, the plot has been totally ignored.  K S Ravikumar has preferred to stick to the simple basics; his story and screenplay have absolutely nothing original to offer.

Kochadaiiyaan attempts to bring to life a whole new world replete with a virtual environment, virtual props, as well as virtual characters.

Though set in the era of kings and castles, the richness and grandeur seem to be missing.  Most scenes are shot at twilight or at night so the film sorely lacks colour.

Deepika Padukone plays Princess Vadhana, the love interest of Rana. Shobana is paired opposite Kochadaiyan Ranadhiran. Their costumes add some colour to a palette of a dozen shades of just black and grey that makes it extremely depressing at times.

Late comedy actor, the legendary Nagesh has been resurrected to play Rajini’s sidekick, but his character makes little impact.

Jackie Shroff and Nassar are impressive, but Sarathkumar, Aadhi and Shobana are wasted.

There are far too many songs in the film and they really begin to annoy you, especially when neither the music, nor the sound effects or visuals do the film much credit.

The famed Rudra Thandavam and the song Maattram Ondrudhaan Maaraadhadhu, in Rajini’s own distinctive voice, loaded with his punch dialogues, teaching the lessons of life, are definitely the highlights of the film.

The first half is slow and chaotic, but the second half slowly draws you in and one gradually gets attuned to the characters and their situations.

Despite all the technological hype, it is still extremely tough to connect with the virtual characters, especially Rajini, whose larger-than-life persona cannot be captured by any path-breaking technology.

While Kochadaiiyaan may not the giant leap for Indian cinema, it is definitely a start to an alternative form of filmmaking.

Despite its faults, both Rajini and Soundarya deserve to be applauded for daring to take a path not travelled by Indian filmmakers.

We may still need to go a long way before we make an Avatar, but thanks to Rajini and his daughter, we have at least taken our first step. 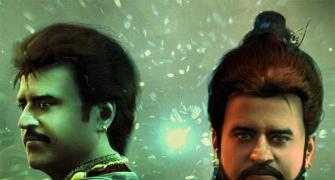 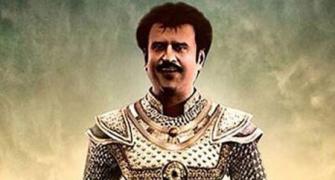 'Rajinikanth was so humble and unassuming' 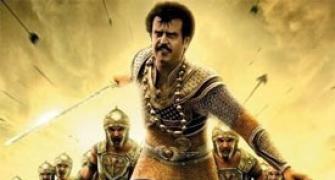 The REAL reason why Kochadaiiyaan got postponed again 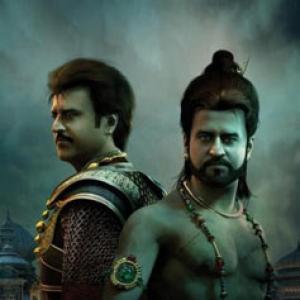 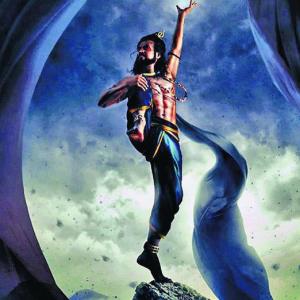