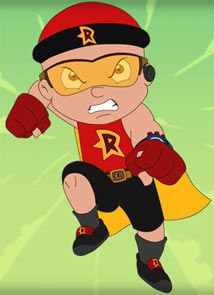 Mighty Raju is a toned down version of Krrish 3, says Paloma Sharma.

As soon as the interval begins, he slumps in his seat and sighs, "Yeh kya hai?"

Both his mother and I turn to him in surprise, unsure how to take that comment. It is difficult to tell with children.

Om Ganesh Gadegaonkar, all of seven years and seven months, sits between me and his mother, Shubhangi.

Om is one of the many young Chhota Bheem fans who gather to watch their favourite show in the flat next to mine every afternoon during summer vacations.

Since Mighty Raju is a spin-off of the same series, it qualifies him as a bit of an expert.

Coming from the director/creator of Chhota Bheem, Ravi Chilaka, Mighty Raju: Rio Calling is the 16th film in the Mighty Raju series along with being its first theatrical release.

Mighty Raju is a desi superhero who has exactly two standing strands of hair on his shiny bald scalp and possesses a host of superpowers that came from a formula his scientist father Swami created and his mother, Sandhya, drank by mistake.

While this may sound farcical or Krrish 3-like (same difference) to the adult mind, it seems to keep Om entertained.

When asked during the interval if he likes the film, Om's answer was lukewarm (and slightly incomprehensible due to the caramel popcorn stuffed in his mouth).

However, he seemed to be quite happy after the film ended.

Since I am not a Chhota Bheem fan and since I am part of the tribe of film critics who are famously and continuously accused of disliking everything in sight, we will have to rely on Master Gadegaonkar's vast knowledge of the toon universe in order to successfully critique Mighty Raju: Rio Calling.

The following is the conversation that took place among the three of us during the rickshaw ride back home:

Me: Bas? Only fighting?

Shubhangi: He only likes such films with all that dishoom-dishoom.

Me: Do you think it's okay for children to watch?

Shubhangi: Yes, Mighty Raju is okay. There's nothing like that in the film... except two-three scenes it's fine.

Me: What do you mean?

Shubhangi: It's a little sad that they showed romance between five-year-olds. Children don't have such feelings.

It is not right to treat them as adults and try to take their innocence away. And in this world of technology and the kind of things available to kids, I hope children don't get inspired by all this.

Me (to Om): Are you friends with a girl in your class the way Raju is friends with the girls in his -- both in Aryanagar and Rio de Janeiro?

Om: (face scrunched) No. I stay away from girls. They always complain to the teacher.

Me: But I thought you liked him.

Me: So you don't even want high tech gadgets and a really smart dog like Raju has?

Me: Did you like the animation? The music? The story?

Shubhangi: (straightening Om's slumped posture) He is like that only.

Me (to Om): What has the film taught you?

Om: But he teaches bad guys a lesson.

Me: So then you want to go to Rio like Raju?

Me: Why? Because he's bald?

Om: (giggling) No. Because there are no samosas there.

While I'm quite sure that samosas have travelled to Rio much before Raju did, I honestly don't understand the cult of Chhota Bheem, Mighty Raju and related cartoons.

Perhaps it's because kids today no longer have the choice of being entertained by Scooby Doo, The Adam's Family or Dexter.

The music was probably more suited to some children's programme Doordarshan aired back in the 1970s and the story could have done better if it wasn't trying to make a Karan Johar-style college romance out of school-going children barely out of their diapers.

I did not like the film at all, especially because of the way Brazilians with a darker complexion were more often than not portrayed as villains, a little blonde five-year-old girl was turned into a damsel in distress (with some disturbingly sexual undertones), and the forceful rhyming of dialogues along with the repetition of certain characters' insipid by-lines.

It was amazing to watch how everyone in Rio speaks in Hindi, albeit with different accents (and yet there are no samosas in Rio, are you kidding me?) and how similar to Greg Chapell the school's football coach looks.

Other than that, very little managed to amuse me.

However, Om had a blast.

But in the absence of anything that even remotely resembles basic logic, an original-ish script, bearable background music, animation that didn't include drawings by someone Om's age, and due to the nagging presence of full-blown advertisements in the name of product placement, I'm going to have to settle for half a star.

Mighty Raju: Rio Calling is just an animated, toned down version of Krrish 3 for children --  and it's mighty awful. 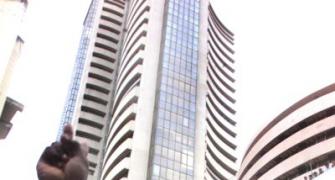 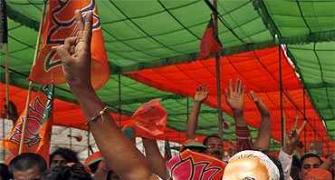 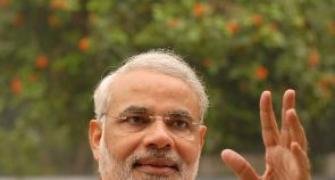 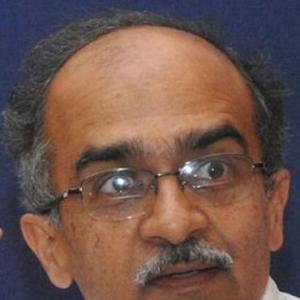