Kung Fu Panda never bore the burden of heightened expectations. But its sequel, like all follow-ups to a giant success, is entitled to the probability of bigger and better. While its 3D stature, super smooth computer graphics and endless supply of flat out Wuxia takes care of the scale, is Kung Fu Panda 2 better than its predecessor?

Frankly, it doesn't matter because irrespective of what age, you're going to revel in the unstoppable madness, mayhem and melodrama of the coolest, cuddliest and chubbiest panda in the history of animation. Or at least DreamWorks.

Let's admit it, a sequel was always on the cards, it's an eventuality we all kind of hoped for. And so there's no reason to protest especially when the upshot is 95 minutes of pure awesomeness.

In the latest installment, Po's nemesis is again a power-hungry bloke aiming to take complete reigns of China. Lord Shen (Gary Oldman), like the previous bad guy -- Tai Lung, has a history of resentful adolescence giving in to the dark side after being denied absolute power.

Only Shen isn't a ferocious snow leopard or a blood-thirsty dragon but a rather sly, luxury-driven, class act Peacock with a sinfully disturbing quiver in his laugh (Oldman oozes crisp menace without succumbing to theatrical antics of a stereotypical villain), piercing gaze and hyper pyromaniac tendencies. He's also the man responsible for Po's suddenly Bruce Wayneish past.

Speaking of past, flashbacks are a subject of jaw-dropping visual magnificence and intricate artistry. An exquisite prologue relates an interface of finely cut-out figures to reveal Shen's back story whereas dramatic reds dominate the scene of Po's recurring nightmares. An experience all the more enriching on 3D, which lends every single scene a combination of refined subtext and precise emphasis.

It's interesting how as Po's story draws a new arc, decidedly emotional arc, the action-adventure, directed by Jennifer Yuh Nelson (she worked as a Story Head on the first), blends the search for one's identity and quest to defeat evil into a unified objective.

As a consequence, Po finds fewer opportunities to demonstrate his goofy side. That would have been a deterrent for any other anthropomorphic character. Not Po. He's a rarity. Reliable as ever, Black stuffs his panda with yet another round of cheer, spunk and goodness.

The furry old bear's appetite for high jinks and heroic declarations that often result in rip-roaring embarrassment and chop-chop chases shows no sign of descent. For all his Dragon Warrior stardom, Po is still very much a fan boy who hasn't lost an ounce of awe and admiration for his idols-turned-accomplice.

And that's why it's a bit off-putting that the Furious Five, though practically in every frame, don't rise above generic sidekicks. Jolie's Tigress is a tad better off with some added talk time, which appears to validate her presence in the credits more than the role itself.

Kung Fu Panda's charm lies in the classic triumph of an underdog, a self-deprecating, humorous one at that. Kung Fu Panda 2 digs deeper, darker without compromising on its essence and effervescence to deliver a sleek, dazzling entertainer and confirm its utterly lovable hero's enduring popularity.

Indeed, there will be further sequels if the climax is any indication. But for now, quoting the Great turtle Oogway: Yesterday is history, tomorrow is a mystery, but today is a gift. That is why it is called the *present*.

This one comes with a red radish on top. 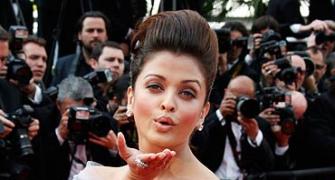 Check out the Heroines in Bollywood 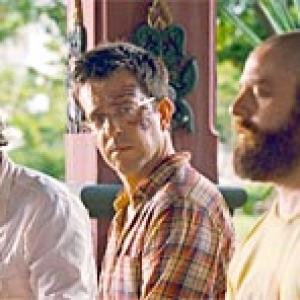 Review: The Hangover 2 is beset with old gags 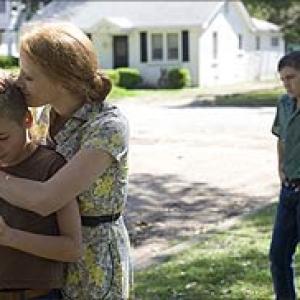 Review: Tree Of Life is too self-indulgent