Jilla is a commercial entertainer

Vijay and Mohanlal starrer Jilla is your everyday Madurai-based action thriller set in the backdrop of the special bond shared by a father and his devoted foster son, says reviewer S Saraswathi 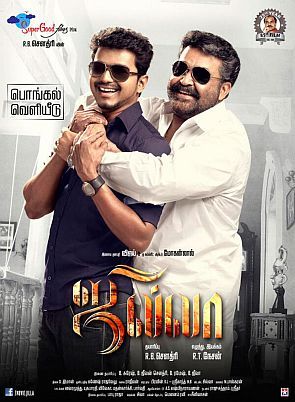 Jilla is an action thriller that brings out the special bond shared by a Siva (Mohanlal) and his devoted foster son Shakti (Vijay).

The film is based in Madurai, where Siva, a local don, rules the city with an iron hand and is openly involved in innumerable illegal activities, unmindful of the law.

Shakti’s biological father, who worked as Siva’s driver is killed at the hands of a cop while trying to save his boss and his pregnant wife.  Siva now takes Shakti under his wing and brings him up like his own son.

Shakti becomes very attached to Siva and eventually grows up to be his trusted and powerful right hand man, in charge of all his shady operations.

Newly-appointed Commissioner of Police (Pradeep Rawat) insults Siva by arresting him. Deeply offended, Siva decides to make Shakti a police officer. He believes that having his own man inside the police department could be very useful for him.

Since witnessing his father’s death, Shakti has only contempt for all police officers.  But despite his reluctance, Siva forces Shakti to become a cop.

How this plan backfires on him forms the rest of the story.

As far as performances are concerned, both Vijay and Mohanlal are excellent, sharing an easy rapport that is evident in every scene they are together, be it the light fun-filled moments or the intense emotional ones.

Kajal Aggarwal, however, just adds to the glamour quotient and most of her scenes, as well as the songs only serve as speed breakers.

Even the comedy scenes do not make much of an impression. Parotta Soori seems determined to take on the mantle left vacant by the extremely-versatile Vadivelu.

The background score by D Imman filled with the beautiful Kerala chenda melam and the stunningly-picturised melodious duet by actor Vijay and Shreya Ghoshal, Kandaangi Kandaangi are definitely the highlights of the film.

The Madurai-based plot, excessive violence, a feared don, fights for supremacy, one-upmanship between the good and the bad, incompetent cops, blowing up cars, chasing goons, and of course loads of family sentiments; there is absolutely nothing in Jilla that we haven’t seen before. Besides the film is almost 3 hours long and this certainly does not work in its favour.

What does work though is the presence of the two biggest names in South India today.

Vijay and Mohanlal easily keep the audience entertained with their powerful performances, both equally confident and secure in their own ability, undoubtedly making the film a solid commercial entertainer for the masses. 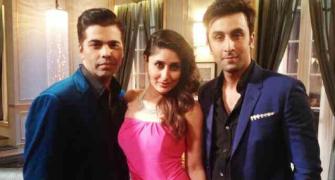 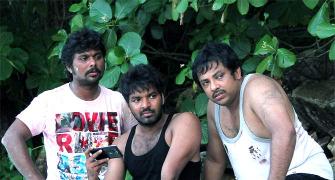 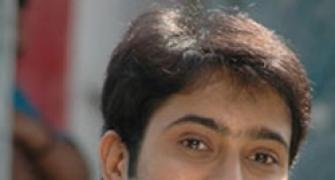 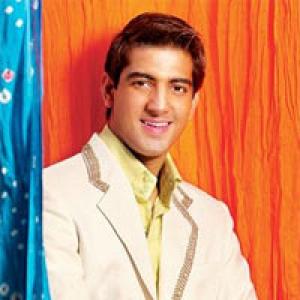 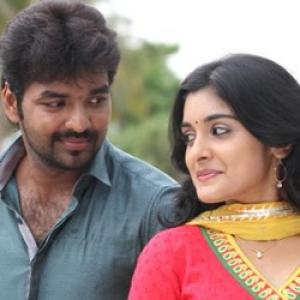