There is excitement every time Nivin Pauly is on screen, says Paresh C Palicha.

Vineeth Sreenivasan's Jacobinte Swargarajayam proves one thing: he is a versatile filmmaker.

His latest directorial venture is a family drama and unlike what he had done in the past.

This film has a middle aged Renji Panicker playing the title role, and his friend and current heartthrob Nivin Pauly plays the second fiddle to the central character and it shows the director’s guts to make what he believes in.

How much this belief adds to the value of the film is a point that needs thinking as the film leaves us with mixed feelings in the end.

Jacob (Renji Panicker) is a self-made metal baron of Dubai, an ideal human being in every sense of the term.

He says Grace when food is served on the table. He doles out charity without making much noise about it. He is more of a friend to his four children than a father. He shares the profits o fhis business with his employees and gives credit of his success to them. Above all, he is an optimist seeing the brighter side of things.

So, when the economic meltdown happens, it's business as usual for him.

He keeps investing by sourcing money from anyone who is ready to trust him.

Too late he realises that he's being cheated by someone whom he had treated as his younger brother. He gets almost penniless, with numerous people to pay off.

Though in the beginning he presents a stoic front, when things go from bad to worse, he has to leave the country scouting for funds. He leaves his elder son Jerry (Nivin Pauly) and his wife Shirly (Lekshmi Ramakrishnan) behind to look after the home front.

The director succeeds in showing tender family moments in the beginning when the going is smooth with the communication and the banter flowing incessantly, and how it all changes when the weather becomes rough and friction develops in the relationships.

Ebin (Sreenath Bhasi), the second son, the proverbial prodigal hot-headed and frustrated son starts to show wayward behaviour as the crisis in the family deepens.

Jacob disappears from the scene and Shirly and her elder son make efforts to put their life back in order.

The second half loses the nuanced approach as the narrative pattern becomes repetitive like the a long running serial on television.

Renji Panicker is revelation as the principled business tycoon, who can give pep talk on any subject from dress code to how to prepare for a business meeting.

Jerry's character does not demand any great effort from Nivin, but with a fan following that has increased manifold, there is excitement whenever he is on the screen.

Vineeth Sreenivasan’s confidence as a director seems to have gone up as he does an extended cameo in the second half as Jerry’s mentor.

Jacobinte Swargarajayam is a mixed bag of experiences, not entirely satisfying nor disappointing. 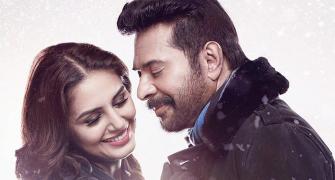 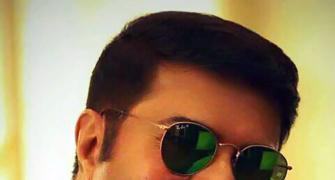 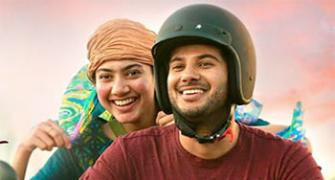 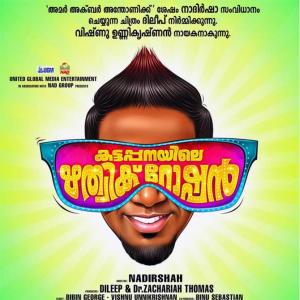 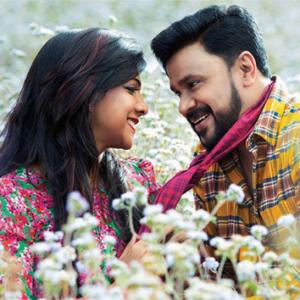