Review: Fugly is a pathetic waste of time 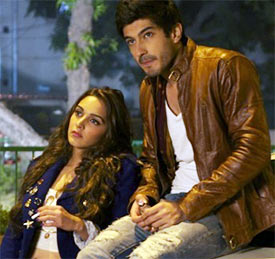 Throw in liberal doses of Shaitan, add several tablespoonfuls of Fukrey, with a climactic heap of Rang De Basanti on top.

Meticulously take out all the actors, all the finesse, every smart and clever bone.

Throw it in a blender and then water it down till it's not just an offensively bad film but a defiantly tacky one, a truly, truly cheap concoction that exists only to make you sick.

Fugly can't, in all good conscience, be called an actual movie -- but it is the most appropriately titled mess of all time.

The kids in Fugly talk like... Nobody in the history of tongues.

Coming to think of it, perhaps it takes a special talent to create four protagonists so constantly imbecilic that you want to whack the (Haryanvi) bejeezus out of them.

Jimmy Shergill, playing a politically minded cop with an absurdly fake moustache, possibly signed on for this film simply because his character gets to slap these fools around a lot and bring them to their knees. Hurrah! The director might not have intended it, but Shergill is without question the hero we root for.

Or we would -- if we actually cared.

This is a pathetic excuse for a film, with iPad-carrying sheikhs sitting on open-air toilets in the freezing cold; with vandals breaking into (conveniently open) shops wearing wigs that make them look like skunks, with desperate TV journalists noiselessly pawing the air as they stand in the background of an ICU; with farmhouse parties that net do-nothing organisers a lot of cash, with street-corner gigolos on Delhi streets who take a shine to commode-minded fools.. Yes, it's all one big stinking mess that needs to be flushed away, double quick.

Not least for making one of our country's rare few sport champions look like crap.

As the recipe I began with might have illustrated, the devastatingly unoriginal Fugly tries to bite off far too much, and, without knowing how to chew, chokes on its own stupidity.

There are a couple of good scenes -- a Haryanvi politician accidentally resigns, Shergill has one good line about charging VAT for a bribe, the casual warmth with which a wisened old uncle shoos his nephew out the room (so he can get it on with an unconscious girl) -- but everything else is embarrassingly amateurish roadkill.

Four friends go on drives, jump while they dance, flout the rules because one of 'em has a powerful dad, and then get screwed.

But director Kabir Sadanand, who comes to us after having cut his teeth as an actor in the fantastically subtle world of the Hindi soap opera, persistently adds morality and preachy themes to this hacky mix. It's enough to make you want to barf -- or watch a Jaccky Bhagnani movie instead.

Had there been actual actors playing the leads in Fugly I'd have spoken about them (and surely actors like Shergill and Anshuman Jha, who appears briefly as a boa-clad baddie, don't want to be spoken much of in relation to this monstrosity) but evaluating or even discussing the four new leads in this production would be tantamount to blaming four clueless kids -- sorry, three kids and a boxer -- for being misled by the man showing them candy.

Thus the blame for this trainwreck lies in Sadanand's incapable hands, and were he a minister we'd be clamouring for his resignation. Tragically our filmmakers remain even less accountable.

Fugly has a couple of tracks catchy enough to ensure airplay and, much more crucially, has clearly been made on a budget so tiny it couldn't buy Salman Khan's nosehair-clipper. Merely calling Fugly cheap is an unforgivable understatement: it looks like its been sloppily cut together from footage left over from bad cable TV shows.

As a friend said, the Homeshop 18 infomercials have better production values -- and better scripts.

So Kumar, making this movie for next to nothing, won't lose a thing and might even make some money (in a world where Gunday is a hit), but if you fork over your dough and actually spend time on this, well, you've Fuglied up bigtime. Photos: The FINEST Cars in Bollywood
10 upcoming Bollywood films that may surprise us this year 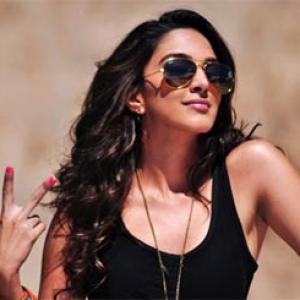 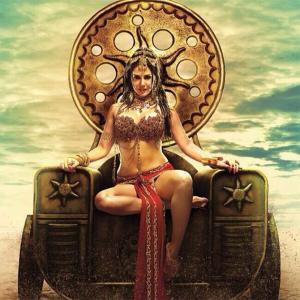