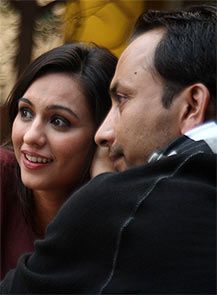 As a Delhi man, I’m this close to taking umbrage.

The template of the Delhi-based con-man movie -- with Haryanvi coppers, and crooks putting on their most exaggerated Jaat or West Delhi accents -- is fast getting old. This is mostly because even the most good-natured of these efforts try to mask a lack of ingenuity with too much texture. As if overblown accents can make up for originality.

Chor Chor Super Chor, however, has a pretty nifty idea at its core.

The premise itself -- of a gang of thieves (who are not content being thieves) forced to prove their innocence when they find out they are victims of a sting operation -- is sharp and what the thieves decide to do about it is an original twist with a neat little drop of satire, even.

Sadly, the film squanders the idea by stretching it around and turning several of its characters into overblown stereotypes with outlandish accents and exaggerated gestures -- even as its hero plays it mostly cool and realistic. The result is a film that never connects, a film that is frustratingly hard to like even though there are some good lines and good actors behind them.

Speaking of good actors, the film stars Deepak Dobriyal as Satbir, a crook looking to go straight, fall in love and settle

down. Dobriyal, a very fine actor, makes his character a real one and breezes through the film with grace and sincerity -- except, that is, when he is embarrassingly made to lip-sync to a strange song, one where the lyrics speak of the heroine’s lips while the cast of a ramleela bounces around her. No, Deepak, no.

Director K Rajesh, making his feature debut, manages a few highly entertaining scenes -- like that of a kidnapper (and hotelier-to-be) tempting his victim with snacks costing more than a scooter -- but his film doesn’t seem to be aware of its own intent.

There are nice touches in terms of detailing (at one point Dobriyal dresses as a huge samosa) and the cons themselves are enjoyable to watch, but the lack of consistency in the film lets it down considerably.

Yet Chor Chor Super Chor, while not living up to the potential of its quirky idea, does offer laughs -- either because of actor, line or the stray scene. And, unlike most of the cast, the satire is underplayed.

In one scene, two criminals have come out of a police lockup and, in a throwaway line, their big gripe about police brutality is that someone pushed them. “Mujhe toh dhakka de diya.” Heh.

Good fun, sure, but it’s problematic when the throwaway lines land better than the actual jokes.

A script like this, finessed into something sharp, would make for a fine film. This one will please Dobriyal fans, but its annoying need to act like a farce with a laugh-track is what ironically dashes its chances. 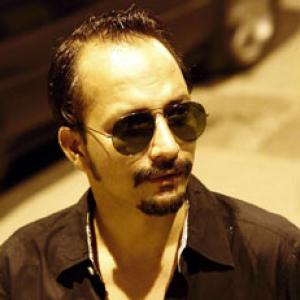