Review: A Good Day to Die Hard is an unforgivable mess 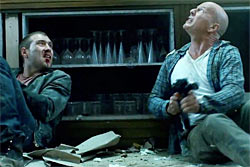 Ankur Pathak feels Die Hard 5 is a dastardly spectacle that deserves to be lost in the dungeons of oblivion.

In A Good Day to Die Hard, the fifth in the Die Hard series, John McClane, on learning about his son’s professional spying in Russia, comments, “It’s just juvenile delinquency.”

The line neatly sums up the idea of the new movie, which other than presenting a naïve world view, has monstrously unbelievable action scenes, and yet falls short of a single set-piece that’s worth going bonkers for.

The amount of American chauvinism the film displays, quite like the xenophobic Taken 2, which had a scene where Liam Neeson’s on-the-run daughter blows up hand-grenades on Istanbul’s rooftops in an attempt to indicate her progress to her father who is down in a cell tracking her through the ensuing explosions -- reflects a total disregard for even the most basic courtesy to laws of other lands, and subtly reiterates American supremacy.

Of course people flock to action movies to immerse themselves in the thrills, and not for anything else.

But when an arrogant McClane punches a Russian civilian, who justifiably protests his violating traffic rules, it bluntly reflects the ego-centric American view: We are the world. And this is the same old John who in the first few movies was saving kids from an endangered school-bus. So, what happened?

In trying to make McClane the unfailing and unflinching hero who will save whatever’s under imminent peril, the writers rob him of the human dimension that made him endearing, more human, and less Stallone-like.

Dying may be hard, but for McClane it is simply an impractical option.

Confident in that belief, Willis makes an apocalyptic-like mess out of Moscow, smirking throughout with sly confidence, mouthing lines like, “I am on vacation,” and trying hard to mend ties with his estranged son.

The son (an incompetent Jai Courtney) is the reason he’s in Moscow. With an uninspiring Chernobyl-centric terror-scam that involves a conspiracy to steal weapons-grade uranium as backdrop, we learn that McClane Jr is trying to deport a political prisoner called Komarov (Sebastian Koch, who has seen better days) out of the country from the clutches supposedly of the Putin regime.

But Papa is rather worried since he never got enough time to even prepare a glass of milk for his son. And here he is, bombing evil Russians who double-cross and triple-cross at every other highway.

The wafer-thin plot is disguised by over-exaggerated gimmickry, and here it is hard not to laugh at the sheer ridiculousness of the entire exercise.

At one point, after a nasty bloodbath and unstoppable firing, Daddy and Dodo just decide to fly out of a glass window.

While a chopper is perched right across throwing bullets at them, Bruce Willis still has enough time to show the middle finger. Sorry, not very amusing. Michael Bay hasn’t yet announced retirement.

What made the previous films a whole lot of unabashed fun was the humour. You crave for some sort of a crackling one-liner, but director John Moore is more interested in emotional manipulation than sticking to something that helped make the franchise iconic.

Father-son have some life-altering conversations in the middle, the absurd self-inflicted chaos hardly being a deterrent.

Technically, too, the film’s a downer. Transformers-like photography and haphazard cutting steal the charm from the chaos, and one is left underwhelmed despite the thunderous action unfolding on screen.

This in entirety makes A Good Day to Die Hard aesthetically almost disgraceful. With action that disorients more than it entertains, and strutting the American belief that despite all the mayhem we create elsewhere, I am going to come home to my kids and walk them to the sunset, free and unaccountable, should ensure that this dastardly spectacle is assigned to the dungeons of oblivion.

Ankur Pathak in Mumbai
SHARE THIS STORYCOMMENT
Print this article 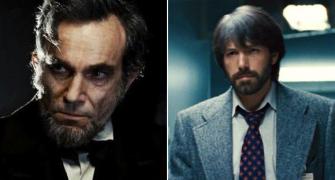 Oscars 2013: Can anyone stop Anne Hathaway? 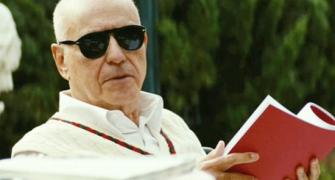 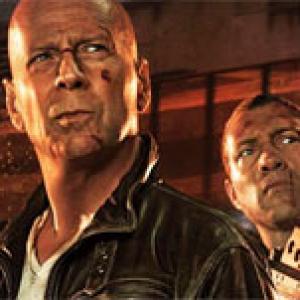 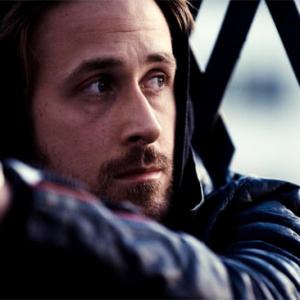