'Does Avengers: Endgame close satisfactorily?'
'Does it beat that gold standard of superhero movies, which Mr Nolan gave us nearly seven years ago?'
'After watching on an IMAX screen at a midnight show yesterday, I would say, yes sir, it most certainly does.' 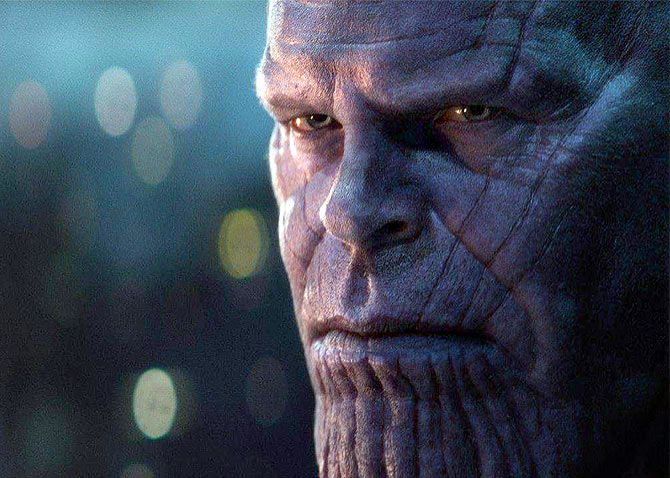 So we asked you, dear readers, to send in your reviews of Hollywood's latest superhero blockbuster.

We got quite the response!

We present some of our reader reviews here.

In general, there are three categories of audiences, who watch Marvel movies.

1. Die-hard fans, who follow comics or all movies in cinematic universe along with fan theories / marketing, cast interviews. They have waited for Infinity War eagerly and were all hyped up for Endgame due to anticipation as to what happens next.

2. Semi-serious followers, who watch movies as neutral. They know storytelling in general but treat most of the movies at same level wrt cinema hall viewing experience.

3. Casual ones, who just watch movies depend on their mood. They don't care much if any character dies; for them some action and entertainment is necessity.

So when I say Endgame is bad, I have first category in mind.

It is a good entertainer. You get action/drama/cheesy moments.

Does it fulfill expectations from a hardcore fan's point of view? No, certainly not. And definitely not, if you watched all 21 movies in theatres and waited for this farewell eagerly.

Overall, are we entertained? We are, but not as effortlessly as we might have hoped. It's not the worst Marvel movie but surely, the worst Avengers.

Let's not waste time in discussing acting/graphics/music. It is as good as one would hope from the Marvel movie.

Before going further, WARNING: This will involve spoilers, so read after you have watched this movie.

The Good Points
Character development is pretty intense -- from loving Stark in Ironman till hating him in Civil War, then having mixed feelings in Infinity War and respecting him in Endgame.

Not only did the character grow, but the audience also went through many emotions.

The same can be said for other initial Avengers (Thor's portrayal was a masterstroke and +100 to Chris Hemsworth for pulling it off).

Hats off Marvel for portraying this journey since 2008. In the next phases, the initial six Avengers will not be there, so they were given the most screen time, which was heartwarming.

What's remarkable from Time Travel was that they connected the old scenes really well. I always wondered what the Avengers must have done after capturing Loki in first part till they go to eat shwarma.

Attention to detail in all such scenes is noteworthy.

There are still unanswered questions but overall, they handled Time Travel quite well by using logic of grandfather paradox and the butterfly effect (will have to go through some more articles to fully understand it.)

The Bad Points
There are many loopholes, both in plot as well logic applied during the retrieval (Eg. you are sending potentially destructible /unstable robot Nebula to retrieve a power stone along with a war machine, who got his a** whooped in Civil War, who would face Thanos and the Black Order. Makes no sense).

The biggest drawback is the final battle, which is not only underwhelming but continuity in the fight scenes is sheer disappointment.

In Infinity War, they did a face-off of equally matched hero-villains since fights happened in multiple places.

Here, they tried to get every single character on one field which turned into khichdi.

If you still doubt me, ask these questions yourself: What exactly did the Black Order guys do in battle? Where was the strongest avenger aka Captain Marvel (considering the fact that her powers were shown in a restricted manner since they were reserved for Endgame)?

They gave those money shot moments to each character for five seconds in a predictable way and the same character went out of focus. This could be less crowded battle of more 15-20 minute action. Most of the characters and their powers were underused as compared to Infinity War and their scenes were done hurriedly or forcibly.

If you have seen all the Avengers movies and Civil War, you can tell this is totally unlike Marvel.

Overall, it's a one-time watch. I'm still looking forward to the next phase of Marvel.

PS: If you are a Captain America fan like me, you would agree it is undeniably the greatest 'Avengers assemble' dialogue delivered ever. 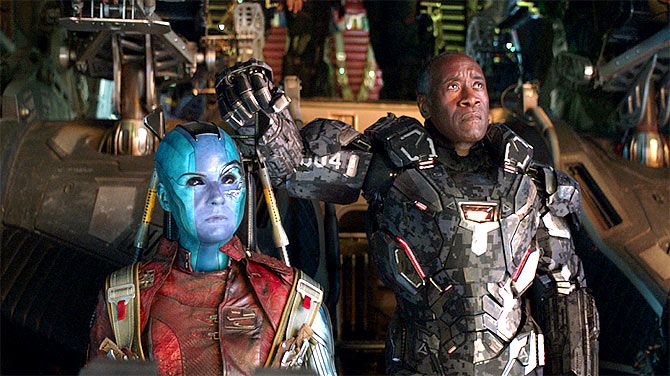 Though I am so keen towards Hollywood animated movies along with Bollywood movies, when I saw some of the Marvel movies, I was totally mesmerized.

A big reason is obviously my son Tufaiylkhan, who is nine years old.

After watching Avenger: Endgame, what can I say... What a movie it is!

It's something which does not allow you to even think of other things while watching it.

The range of technology and the thought-process of the project, every Avenger’s own zone and strong abilities as well as stories... My God!

It's wonderful, for sure.

It's absolutely goosebumps-experiencing project on the big screen in 3D.

What a treat to watch!

Every character in the movie is important. Linking of the pre-versions of the Avenger movies is also good.

This franchise was, is and will always be the best in business in its era.

Thanks to Stan Lee and the Russo brothers for this amazing creativity. A big thank you to Marvel Studios.

As you learn something from your kids, this is one of the best factors I learned from my son. Marvel’s Avengers also show a lot of morals through its movies.

It's a great movie and will surely break all records in the box office. 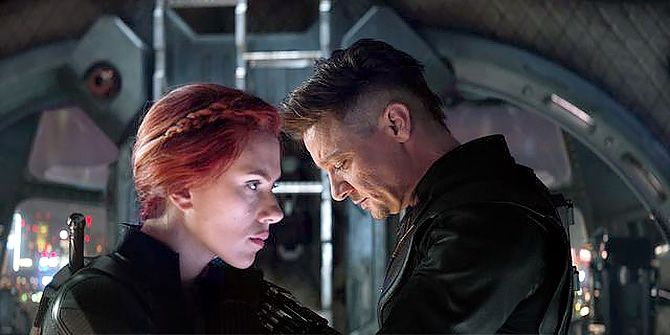 More than the array of American Supermen and Superwomen, it's the belief in Infinity Superstones 'Wunderwaffe' that grips the Hollywood American imagination as Iron Man eliminates Thanos across two epic episodes of the Avengers series.

Sure, there's more-of-the-same on offer.

Too many supermen and women in the film.

But the audience was thrilled to no end when the lineup of the superheroes came up in the end.

I was thinking our Mahabharata and kathas from Indian mythologies are better and more meaningful.

And then, this confusing logic about time, which I didn't understand and didn't care to understand.

Iron Man dies because I suspect Robert Downey Jr is bored stiff with the Avengers series, and he does not want to act in it again.

He may come alive after some years when Hollywood comes up with a suitable replacement. And audiences are befooled anyway.

In days of yore, one Good fought an army of Evil.

In current times, Avengers: Endgame takes a raucous cacophony of an army of Good to battle the lone Evil, Thanos. The list of the coalition of America-led Avengers is getting longer whereas the true good old Evil comes with the package of plausible deniability. 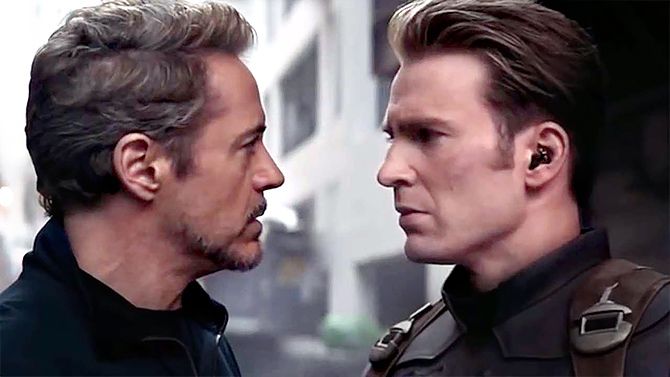 'Part of the journey is the end,' Tony Stark says in his recorded message to Pepper Potts.

This is what we've been listening to for weeks now in the much-anticipated run-up to the cinema event of the decade.

But just what is it about the end that interests us all?

In the ongoing DC versus Marvel debate, I have firmly been on Stan Lee's side.

But I have to admit that the best conclusion to a superhero story that I have seen was Christopher Nolan's The Dark Knight Rises.

The movie arc came to a more than satisfactory close in this trilogy. But I can't say the same about the Marvel set of superheroes because well, there hasn't been a conclusion so far.

Sure, Tony Stark, Steve Rogers and Thor have had their own trilogies. But since they've been making recurring appearances in the Avengers movies, we have yet to see their stories draw to a final conclusion.

Hence, the high expectations from Avengers: Endgame because unless you've been curled under a rock since before Avengers: Infinity War released, you know that the 22-part saga draws to a close here.

But does it close satisfactorily?

Does it beat that gold standard of superhero movies, which Mr Nolan gave us nearly seven years ago?

After watching on an IMAX screen at a midnight show yesterday, I would say, yes sir, it most certainly does.

We have lived with these superheroes for over a decade now.

From the origin stories of Iron Man, Captain America, Thor and Hulk to the more recent additions to the Universe -- Guardians of the Galaxy, Spider Man, Ant Man, Black Panther and most recently, Captain Marvel, the Russo brothers had a tall order bringing this phase of the Marvel Cinematic Universe (MCU) to a close.

There are no spoilers here but unless you've been living under said rock, you know Thanos decimated half of the universe with a snap of his fingers in the earlier edition.

How the remaining superheroes don't give up hope and do 'whatever it takes' to find closure, is what forms the bulk of this movie, in addition to, of course, the breathtaking climactic showdown.

Sure, naysayers will argue that some key characters have a limited screen time but since when was the MCU about equal distribution of time?

Again, some of the characters exhibit traits that are vastly different from what we have seen before. But as we have seen before, people change with time and superheroes are no exceptions (oops, I don't want to break my promise of not revealing spoilers).

A year ago, I remember coming of out the same IMAX screen at the conclusion of Infinity War with a lump in my throat. Around me, I could see people with the same expression on their faces and in one extreme case, a teenage girl crying hysterically!

Well, I hope you will not consider this a spoiler but you must be prepared to have a lump again. Although this time, the lump may be accompanied by a smile of closure! 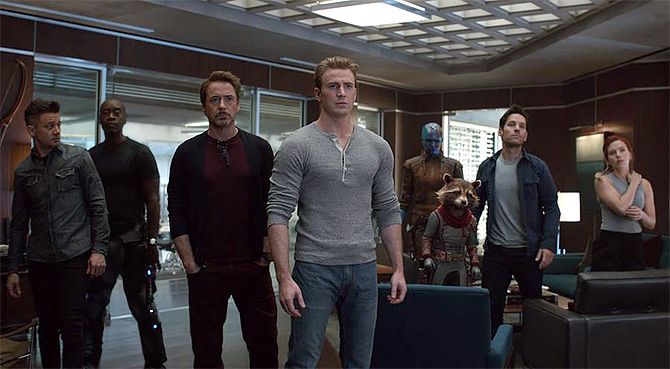 It's the experience of a lifetime, thrilling, emotional, and of course, engaging. Captain America was the best of the lot, with the hammer. 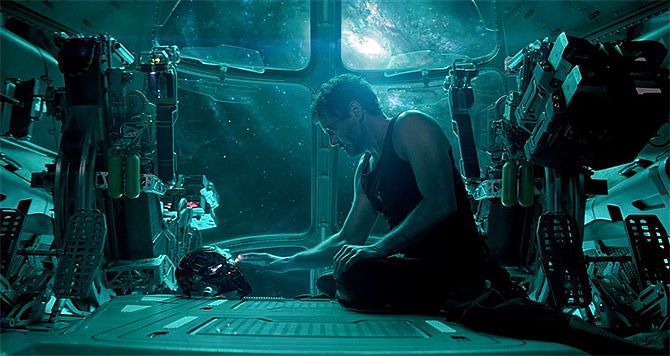 The first half was a little slow.

One of the people in our row took a quick nap but the second was enjoyable and worth the time and money.

As soon as the war starts, the whole theatre was on the edge of the seat and screaming and supporting their favourite characters.

My favourite scene was Captain Marvel’s entry in the war.

It gave me goosebumps! 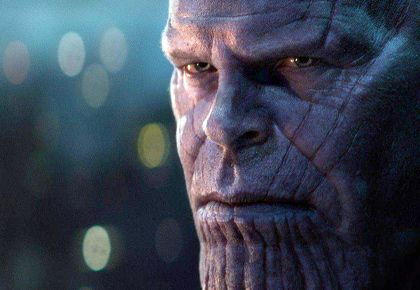 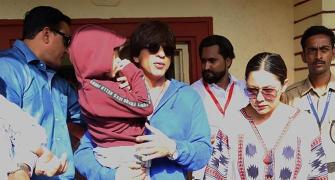 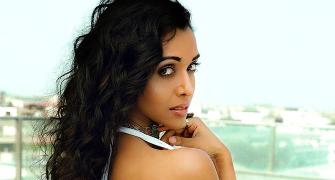 Being a Bollywood outsider is tough! 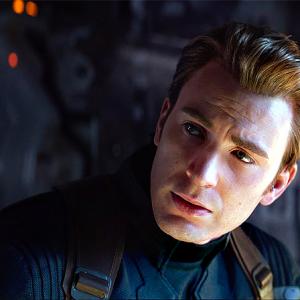