News
Business
Movies
Sports
Cricket
Get Ahead
Money Tips
Shopping
Sign in  |  Create a Rediffmail account
Rediff.com  » Movies » No One Killed Jessica could have been better

No One Killed Jessica could have been better 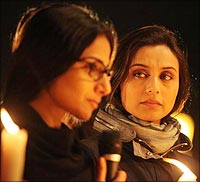 Do you know the feeling when you taste a dish that should be brilliant but falls just short of the mark?

Even as you dig into, and enjoy, each spoonful, there's this constant nagging thought at the back of your mind: 'What's missing?'

That's the kind of feeling that stays with you when you finish watching director Raj Kumar Gupta's No One Killed Jessica.

First off the bat, though, this is a good film, and one that will probably find its place among the best films of the year when the lists come out in December.

The plot is well-known -- Sabrina Lal's relentless battle to get justice for her slain sister, to see her murderer behind bars.

Nearly 12 years after the incident (the 34-year-old Delhi-based model was killed in the early hours of April 30, 1999), Jessica Lal's murder, and blatant prevarication of justice that followed, continues to evoke strong reactions. It provoked the common man to rise as one and demand, from the judiciary and the executive, justice for Jessica. It saw the media truly play its role as watchdog.

The movie, No One Killed Jessica, looks at the aftermath of the Lal murder through the eyes of two women -- Sabrina, Jessica's sister, and Meera Gaity, a tough-skinned, straight-talking, cuss-words-spouting reporter. 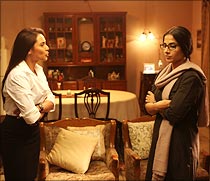 It brutally follows the former's naive confrontations with a well-entrenched system where the rich and well-connected win; it equally candidly traces a journalist's lust for headline-making stories where the Kargil battle and the Kandahar hijack easily take precedence over an ordinary citizen's murder.

Packing in powerhouse performances are a slew of supporting cast: Rajesh Sharma (Maachis, Parineeta, Khosla Ka Ghosla), as the tough cop who wants justice but won't hesitate to take    60 lakh as bribe to not raise a hand on the accused; the top-drawer, sleazeball defence lawyer who'll do anything to win his case; the witness who'll easily sell his soul to the highest bidder, maa kasam!; the politician-father whose anger against his son is tempered by his lust for power and the pressure of maternal love.

And, of course, effervescent Jessica herself, brightly played by Myra (who's apparently deliberately been hidden in the film's pre-release publicity).

It makes Vidya Balan's stand-out act -- her hesitant body language, her faith, her helplessness, her rage, her sorrow and her gratitude all come across beautifully; you don't even notice her pared down dialogues -- all the more commend-worthy.

For a film where you know the plot down to the last detail, you still find yourself rooting for the underdog. At one point, as the star witness pauses before identifying the accused, you really want him to do the right thing, even though you know he won't. 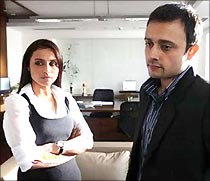 Just as easily, you can identify with every awkward second as the parents of the accused visit the victim's family.

Nuggets of ironic humour popping up where you least expect it enliven the grim plot.

Composer Amit Trivedi has done a superlative job with the music; this is an album that's clearly worth buying.

Why then, amid these plaudits, the hesitancy, the desire for something more?

It's because this film could have been 'something more.' For example, there are people who will love Rani Mukerji in this film, but both her character and her performance could have been better.

The script could have been more nuanced; some of the casting could have been better; the final product, for want a better word, could have been 'more finished.' And these desires only crop up because the film is helmed by the highly capable Raj Kumar Gupta (those of you who have missed it, do pick up a copy of his debut film, Aamir).

That makes you greedy enough to want more, to wish that a film, given its conscience-awakening plot, was more hard-hitting!

And yes, for those of you who want to know what Raja Sen thought of the film, here goes: Amateurish masala handling lets down a great subject. This film deserved to be much stronger. Superb performances from Rajesh Sharma, Vidya Balan and Amit Trivedi. 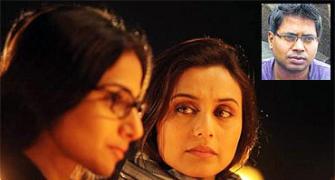 'No One Killed Jessica is not a biography' 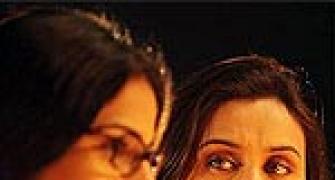 'The film is inspired by a series of true events'
Rani, Vidya pick 2010's best stars

How Rani Mukerji has changed! 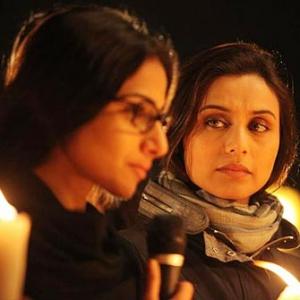