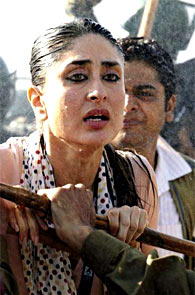 Satyagraha album starts on a promising note but its culmination isn't as thumping as one would expected, writes Joginder Tuteja.

One expects a theme-based soundtrack from a Prakash Jha film.

Be it Gangaajal, Aarakshan or Chakravyuh, music has been effortlessly interwoven into his narrative.

While the romantic tracks on Rajneeti featuring Ranbir Kapoor and Katrina Kaif remain the most popular of soundtracks from Jha's films, the director makes sure to get it right once again by roping in lyricist Prasoon Joshi and composers Salim-Sulaiman, Aadesh Shrivastava and Indian Ocean to compose for his latest film Satyagraha.

The album kicks off on a thumping note with the contemporary version of Raghupati Raghav Raja Ram.

While the mood of rebellion is conveyed with the music, this Salim-Sulaiman composition is made more memorable by Prasoon Joshi's lyrics. This fusion track veers more towards the traditional and has Rajiv Sundaresan, Shivam Pathak and Shweta Pandit behind the microphone.

After Shweta Pandit, it is Shraddha Pandit who comes on the forefront with Aiyo Ji. Yet another Salim-Sulaiman ditty, Aiyo has an unconventional sound to it, mainly due to prominent use of Western instruments.

A 'remix version' of this already loaded song comes as a surprise.

The classical base to the album is kept intact with Aadesh Shrivastava coming on the scene.

Yes, this one too has Western arrangement accompanying the core 'hindustani' sound and yet again, one doesn't really mind that since the pace is controlled. Moreover, Arpita Chakravorty does well in her classical rendition. The 'House Mix' version with Aadesh bringing himself on board is impressive too and grows on you easily.

After three back to back impressive numbers, what doesn't really hold are the two theme tracks that follow. Janta Rocks is the first song to have Meet Bros Anjjan at the helm of affairs.

Treated as a street play, this one has the composers coming together with Keerthi Sagathia, Papon, Shamali Kholgade and Shibani Kashyap wielding the mike. A song replete with sarcasm as black money, scams and loots are unearthed, it's a strictly situational number and won't probably linger beyond the film's run.

Ditto with Indian Ocean's Hum Bhole They which is the weakest link. There is an elaborate use of Indian instruments that tries to add some much-needed pace to the proceedings but that doesn't add any value to it.

Though Satyagraha starts off well, the culmination isn't as thumping as one would have expected. Look out for Aiyo Ji and Raske Bhare Tore Naina on this album. 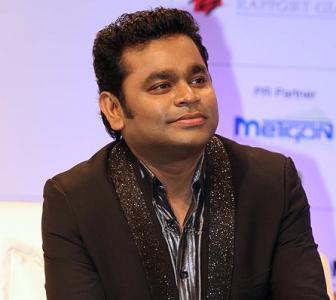 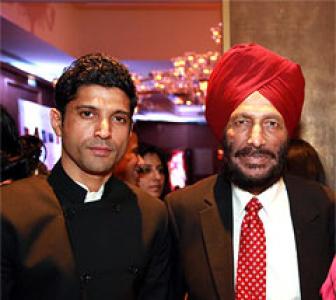 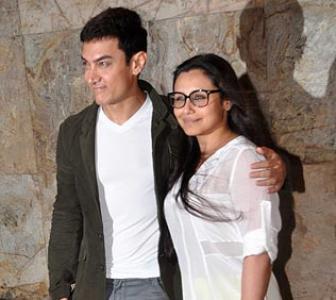 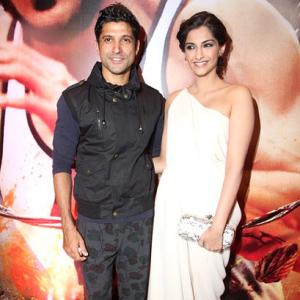 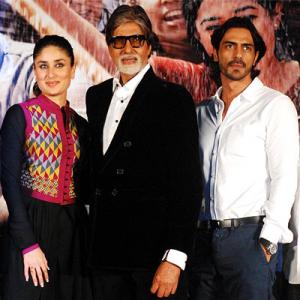