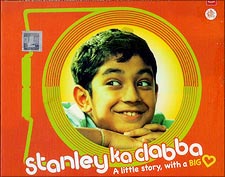 In many ways, Amole Gupte's directorial debut plays out like a classic Western. A grumpy old Sheriff, a veritable bloodhound, starts sniffing around as the sun makes its way overhead and sweat starts rolling down his face. The harmonica -- and the uneven twang of a lonely banjo -- here signals his hunger, hunger he attempts to hide from a roomful of varmints by wiping drops of sweat and the beginnings of drool off with the same once-white kerchief. The outlaws -- runts who dutifully call all ladies "ma'am" -- watch him, fascinated and repelled in equal measure, as do we, in extreme close-up. This is tiffin-break as high noon.

Not that Stanley Ka Dabba, the fabulous treat Mr Gupte brings to our quality-hungry cinematic stomachs, is like a cowboy movie, of course. It is a delightfully simple story about a young boy, his friends and a schoolteacher who isn't his greatest fan, and yet, like the finest of children's tales, it has the power to be just as epic as the children want it to be. Amole, clearly a man who enjoys decapitating our existing cynicism and bringing us on par with his wonderful young protagonists, and for this -- and the resultant return to innocence -- we must be very grateful indeed.

Our young hero here is called Stanley, and played as he is by Partho, he's damn near irresistible. A highly imaginative lad with wide-eyed enthusiasm showing off inner gallons of can-do juice, Stanley's slightly broken English straightens itself (like his schoolboy-slouched spine) for the cutesy English teacher he has a crush on, and who rewards him with pats to the head and chocolate-bars to the pocket. He keeps the pats smugly enough but immediately shares the more tangible spoils with his mates, a group that reveres him and only occasionally wonders why he doesn't bring any food to school.

Not so for Babubhai Verma, who reveres not and wonders a lot. Hindi teachers have a tough life, appearing intimidating to their students by default, by dint of the scale of sheer listlessness their subject provokes. Little neckties are loosened; notebook margins are doodled on; poetry is yawned through; and grammar remains routinely un-grasped. Both students and teachers give up on feigning actual interest soon enough, the former putting up with classes barely bothering to stifle their yawns while the latter just turn grouchy and irritable. Verma, however, is strange even by Hindi teacher standards, not merely a mean-spirited slob but an odd blend of a gluttonous ogre and an inexplicable miser.

A character like this might certainly have seemed like an unreal villain caricature, but if only the film, like its camera, wasn't at eye-level with the children. And in their eyes, he's as bad as any mustachioed gangster could ever be. Stanley Ka Dabba is special not just because of how evocatively it captures a time we've each left behind, but because of the breathtaking confidence it has in its stellar young cast, letting them laugh the cynicism right out of us. It is their film and yet one we gladly take to and seek refuge in. There Is A Happy Land Where Only Children Play, Bowie once sang, and it is films like this that let us adults play make-believe, pretending that we're still allowed inside -- if only for a while.

Finding friendship in shared Maggi and mom-made parathas, the film itself is gloriously shot, raw and digital and made authentic by a complete usage of natural light. Cinematographer Amol Gole used a still SLR camera, Canon's lovely 7D, to make sure the kids (who were shot without missing school, only on Saturdays and during vacation-time) could be themselves, free and feckless and open to constant improvisation. The results are striking, a film that feels both stunningly real and yet beautifully textured, color-corrected immaculately enough to look markedly un-digital on the big screen.

The cast is perfect, without exception. Partho, Gupte's son, has the sort of screen-presence our A-listers would be jealous of, and is bright and plucky and ingenuous; think Dennis The Menace, only with Mr Wilson as a schoolteacher. His classmates are terrific too, and -- while I single out Aman Mehra (played by Numaan Sheikh), the wealthy but wonderful kid who, like a true Mafioso, only shows his authority when the chips are down -- the entire bunch should be proud. So Abhishek Reddy, Saisharan Shetty, Monty Sarkar, Leo Crasto, Ganesh Pujari and Walter D'Souza, get your parents to buy you ice-cream tonight, come what may. You've earned it, and how.

The grown-ups work just as well. Gupte himself, the villain of the piece, has a blast being bad and oscillates with alarming effectiveness between riotously funny and plain frightening. It is a tricky, tightrope-walk of a role, hard to find balance in and very nuanced -- Verma is, in many ways, exactly what Stanley could potentially turn out to be -- and Gupte works it most impressively indeed. Divya Jagdale's Science Teacher is so spot-on she makes you shudder, while Divya Dutta's Rosy Miss is sure to bring back rose-tinted memories of saccharine-oversweet teachers you couldn't get enough of. In a smaller role as the glad-to-share purveyor of exotic sounding vegetarian food, Raj Zutshi does quite nicely, as does Shiv Subramaniam in a little math-teacher cameo, one clearly and vocally impressed by the best paneer he's eaten.

We were first introduced to Gupte as an actor in Vishal Bhardwaj's smashing Kaminey, and there are a couple of nods to that film here as well: the kids break into a deliciously aggro version of Dhan-te-nan when the classroom is sans teacher, and at one point a janitor shrugs off the difference between IV C and IV F, saying "C and F are the same thing," essentially a line Bhardwaj's lisping leading man would have gladly agreed with. Make no mistake, Stanley is a highly clever product -- my favourite scenes may well be wordless, those of a teacher glaring at Verma as he unabashedly scavenges in the staff-room  and very-well sliced together by editor Deepa Bhatia. The pacing really works while the music mostly looks to food for lyrical inspiration. And Nikal Padi is the best thing Shankar Mahadevan's done in years.

The best, purest film to come out of Hindi cinema in a while, this. Take a bow, Man With No Tiffin. Take a bow while we take off our hats. 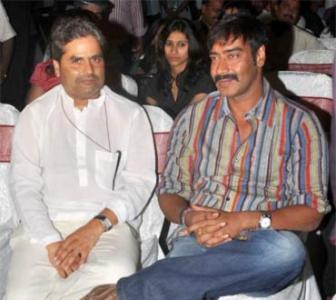 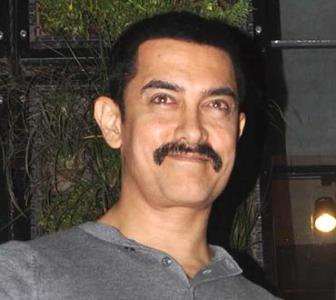 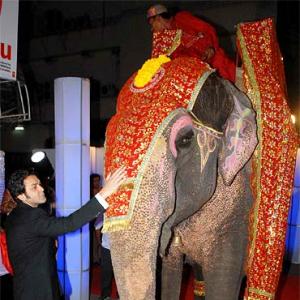