At no point in Dhoka: Round D Corner does the tension build up as it goes quickly from thriller to unintentional comedy, sighs Deepa Gahlot. 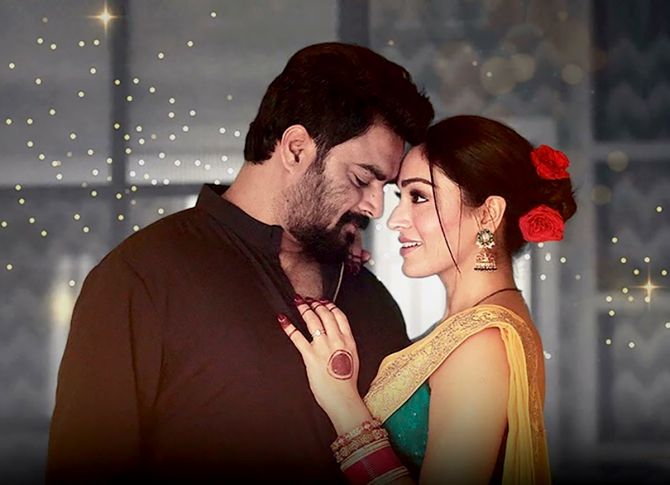 While the opening credits of Dhoka: Round D Corner are on, the romance, marriage and marital woes of Yatharth and Sanchi Sinha are portrayed with brisk economy.

Then two hours of a messy hostage drama follow.

Yatharth (R Madhavan) had left for work after a quarrel with his wife and when he gets back to his building, there are cops crawling all over the place, under the command of Malik (Darshan Kumaar).

Gul is armed with a single pistol and demands the release of one of his friends, a large sum of money and a getaway vehicle.

There is police and media commotion outside, while inside the flat, Sanchi is in full femme fatale mode, in clingy sari and low-cut, sleeveless, blouse, seeming unafraid of Gul.

Then Yatharth reveals that she is under psychiatric treatment for mental illness, and if she is not given her medication on time, she could be dangerous.

The film, directed by Kookie Gulati, goes quickly from thriller to unintentional comedy, as a television anchor shouts about the nation wanting to know, the cops camped outside the apartment look like they are having a tea party, and a spokesperson of the central government keeps threatening to send the National Security Guard. Seriously!

For one pathetic gunman who could have been taken out by a trained sniper in a few seconds and end the film before it got even more ridiculous.

But no, it wants to make some pseudo profound statement about the subjectivity of truth -- the stories that the characters tell about the incidents preceding the day's crisis are all different.

So who is to be believed?

At no point in the film does the tension build up. The audience is not invested in the fate of any character.

The weirdest of the lot is the sad-eyed Gul, who must be the most inept terrorist of all time.

Actors who have done better work in their earlier films, flounder in the knee-deep absurdity, while Khushalii Kumar, making her debut with a complex role, is unable to handle it.

Mercifully, the film does not have songs (though the loud background score is deafening enough), and the relatively short running time feels interminable. 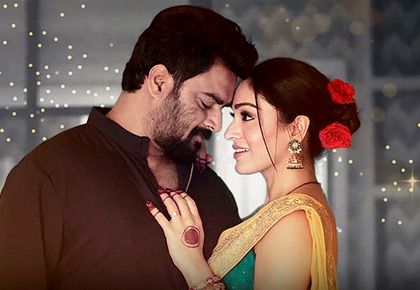