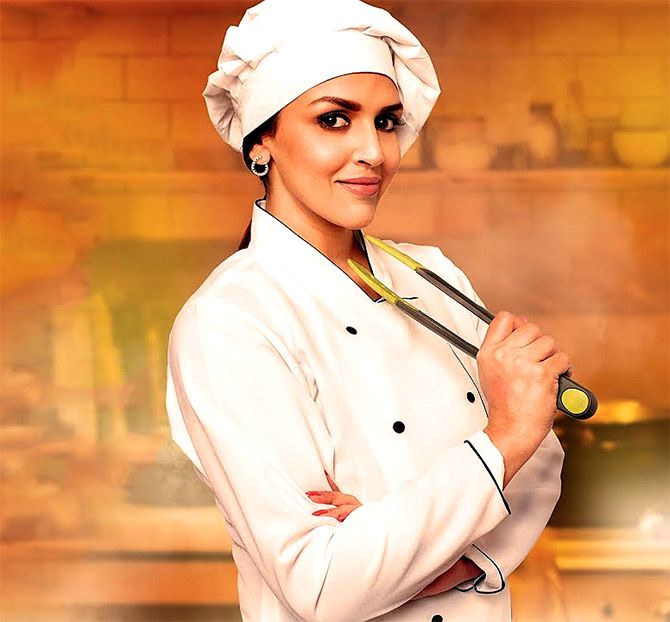 Marriage should lend wings, not clip them.

Why should a woman make all the sacrifices?

Why can't men be more supportive?

Cakewalk seems to be angling at all these frequently hoisted opinions.

But in absence of fleshed out or pithy observations, its focus on a woman bouncing back after a failed marriage appears largely flimsy.

Co-directed by former journalist Ram Kamal Mukherjee and Abhra Chakraborty, the short film opens with a quote from Robert Brault: 'Life becomes easier when you learn to accept an apology you never got' and concludes with statistics on the growing rate of divorce in the country.

In between, Cakewalk links the life of a chef and a couple celebrating their first wedding anniversary in the five-star hotel the former works in.

When we first meet Shilpa (Esha Deol Takhtani), a Masterchef runner-up now working in a Kolkata hotel's kitchen, she is dodging her bank's reminders over an increasingly poor CIBIL score.

She is also late to work and running out of excuses to offer her boss.

She is not a favourite among her colleagues either, tittering behind her back over lame jokes inspired by Shah Rukh Khan movies.

Shilpa is asked to create something special for the aforementioned couple, a prized customer of the hotel, and she starts working on a dessert that will be a reminder to the recipient of former times.

Food can serve as a tantalising tool in the narrative.

Despite its culinary setting, this quality is completely overlooked in Cakewalk.

Not a hint of Shilpa's all-important foodie passion is visible as she blandly bakes a fancy meringue dessert, mispronouncing Bombe as Bombay Alaska.

Equally dull are the interactions between the couple (Tarun Malhotra, Anindita Bose) celebrating upstairs. There are more scenes of them acknowledging the hotel's hospitality than giving details of the nature of their relationship.

Somewhere in Cakewalk's forced enigma and clumsily written dialogues hides a slice-of-life about closure and grace. Except the short's fumbling screenplay isn't quite equipped to convey it, resulting in a half-baked endeavour.

Unlike Cakewalk's confusion over closure, emancipation and the dying institution of marriages, Esha's return before the camera is surprisingly assured.

Even though there is pretty much nothing to sink her teeth into, she exudes a maturity that strokes her nondescript character with a coldness and mystery that grabs your attention way better than this tame movie. 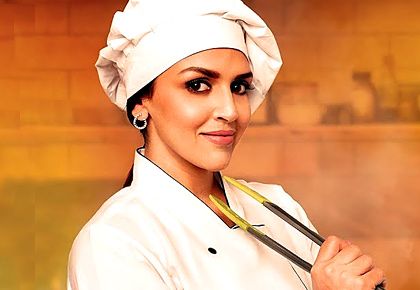