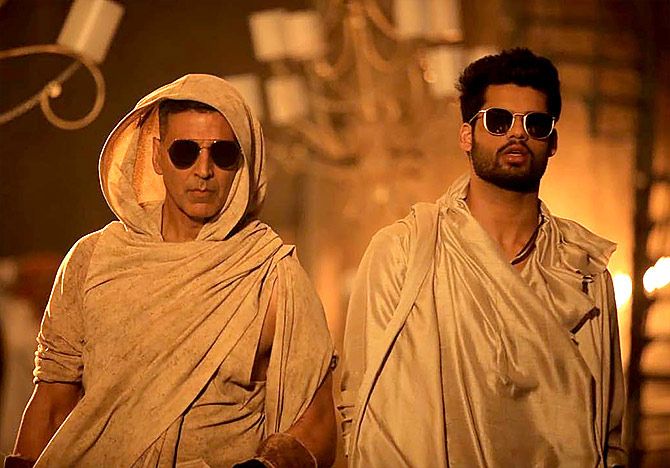 Between Sunny Deol straining his facial muscles for a good 111 minutes and Akshay Kumar turning up right towards the end credits to screech Ali Ali lies a star relative's lacklustre launchpad.

It is called Blank, but they could have gone with bunk too.

Directed by Behzad Khambata with story and screenplay by Pranav Adarsh, this wannabe thriller has a fairly curious premise concerning an amnesiac suicide bomber caught between his conscience and his conditioning.

Until whatever heft Blank is capable of by exploring his psychological upheaval is squandered for a meandering exercise in absurd revelations.

A young guy in a beard and black hoodie (Karan Kapadia) is on his way to blow up the city until an unexpected memory loss and ticking bomb planted into his chest, almost like Iron Man's electromagnet, makes him a hot target of an Anti Terrorist Squad officer's (Sunny Deol) probe.

Just to emphasise on Deol's righteous, duty-bound character, there is an irrelevant subplot about his son being caught on the wrong side of law.

He'd rather focus on the Islamic cleric (Jameel Khan) breeding terrorism farms and brainwashing kids with promises of toffee trees in 'jannat'. His hateful network extends all the way to Syria, Blank informs us ambitiously, during clandestine video calls to another like-minded fella whose beard is all that the camera wants us to see.

As is mandatory in Bollywood these days, Blank too insists on painting a ferocious Muslim imagery of bushy beards, severe kohl-eyes and chequered scarfs spewing distorted religious ideology to impressionable young minds.

Only a growling Sunny Deol can save the world and the holy Quran from such 'napaak' hands.

The actor looks understandably rankled and ready to retire.

Though the bit where he bellows, 'Uska baap bhi bolega' is right up his alley.

It might wake the viewer up from involuntary slumber, but is not nearly enough to inject life into Blank's dull twists, monotonous action and bland confrontations.

Some of the contrivances provide unintended hilarity in a movie that takes itself too seriously.

Easemytrip.com is one of Blank's producers and the company's enthusiasm for product placement, even if it means looking as a front for terrorist activities, could not be more awkward.

Not to mention bombs are activated and defused as easily one orders or cancels a sandwich on Swiggy.

Adding to our woes is a deafening background score and the bungled-up frame rate of Blank's photography.

The point behind this poorly made wingding is a debut.

The latter worked on quite a few Sunny starrers.

That also makes him Twinkle Khanna's cousin whose husband Akshay makes a song and dance appearance in a blatant copy of Kendrick Lamar and SZA's All The Stars video.

Karan is as subdued as he is deadpan. Staggeringly so.

No matter how hard he cries, screams or defends, it only draws a blank. 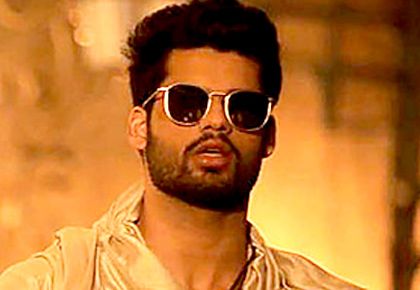