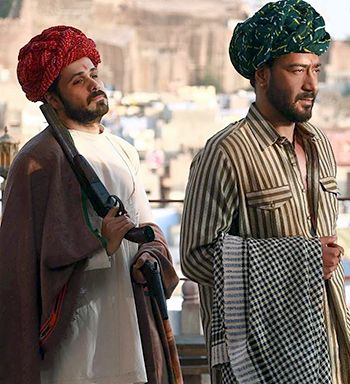 There's a good chance the U/A for Milan Luthria's Baadshaho stands for under alcoholic influence.

A movie so utterly daft and dull, its actors can barely conceal their disinterest in executing a non-profit heist in dry, dusty deserts of Rajasthan.

Too often a spaced-out, sleepwalking Ajay Devgn is stirred from staring away into oblivion to fake interest in its foolish schemes.

Emraan Hashmi appears to be giggling out of sheer disbelief whereas Esha Gupta's only utility is the wire in her 'videshi' bra.

Vidyut Jamwal's pompadour-haired glee in playing an armyman who likes to play war-war for thrills and offer carrom and card game analogies is to be seen to be believed.

Ileana D'Cruz with her Veronica Lake hair and pricey princess pose asserts the unwavering, impeccable vanity of the Hindi film heroine whether she's in a palace or prison.

There's also a lecherous Sanjay Gandhi clone, rechristened Sanjeev to avoid legal bother, lurking in the picture to remind this baloney is set in the 1970s around the time of then prime minister Indira Gandhi declaring a state of Emergency, resulting in Jaipur's Maharani Gayatri Devi doing time in Tihar jail.

Ileana's Gitanjali Devi is modeled on her but with such laughable accuracy, to take offence is to give it credit.

Despite how it all looks, Luthria's film has no political leanings, the ploy is purely for gimmicky purposes and no one is spared to accommodate Abbas-Mastan brand of twists.

Coming back to its daft and dull content, Devgn plays Bhavani, a Gabbar hand-me-down in appearance and sleepy labrador in spirit, Gitanjali's loyal bodyguard whose idea of teaching his mistress a lesson in loving life is to recreate Thelma & Louise's climax from reduced heights.

Instead of firing him, she takes off her top and locks lips in the open view of her realm.

Hurt by the new amendment, Gitanjali conspires with Bhavani from inside a jail to retrieve her gold, something of a Smaug's lair, from the clutches of the government into the laps of the gareeb.

In this time, Sunny Leone and Vidyut Jamwal have bared their respective torsos too. Basically, anybody with the slightest amount of fitness at their disposal is expected to flaunt their body at regular intervals in this unbelievably loony bunk.

Lack of logic is okay.

I've enjoyed quite a few of Luthria's potboilers for their pace, drama and raw emotionality, but Baadshaho's sluggish screenplay and humourless rhythm are spectacularly low on swagger and daredevilry as well.

Barring that swift chase in Jodhpur's lanes, it's surprising how insipid the action is for a film spearheaded by kings of stunts.

Baadshaho acquires slightly more steam and sinisterness in the second half but divulges its big reveal prematurely.

By the time it unfolds the parting shot, the deceit is too obvious in its coming.

Things get truly down and dirty towards the end. Which is to say the concluding 20 minutes of Baadshaho are so hazy and dusty, I found myself mentally vacuum cleaning the screen.

I wish to do the same to the memory of this movie. 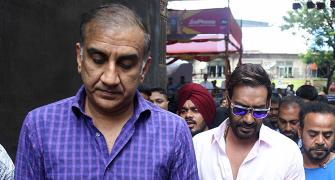 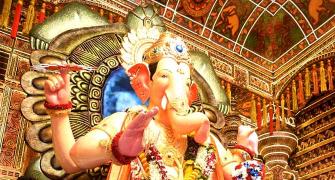 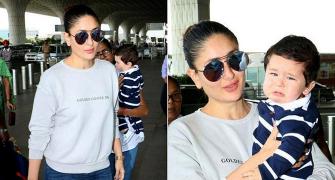 Taimur and his mamma 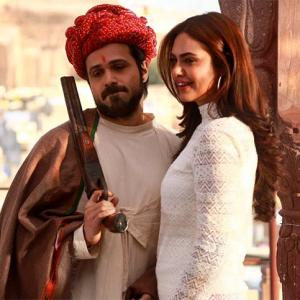 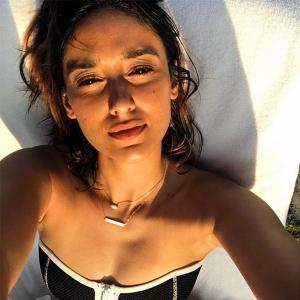