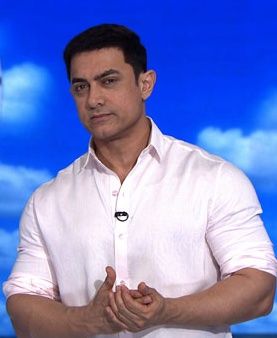 Is the Indian society ready to accord the dignity and consideration that mental illnesses warrant, asks Nishi Tiwari, after watching the fifth episode of Satyamev Jayate 3.

Model Nafisa Joseph ended her life in her Mumbai flat in 2004.

Actress/model Kuljeet Randhawa was found hanging in her flat in 2006.

While the aforementioned suicide cases made national headlines, with each and every aspect dissected and discussed, I doubt if it occurred to anyone to bring up depression as a probable cause.

Continuing its series of ticking time bombs that the government and public of India don’t really recognise as immediate threats, Satyamev Jayate 3 returned for its fifth episode on mental health.

The show kickstarts with Mumbaikar Veena Ali’s story -- her teenage daughter, who she was very close to, mysteriously commits suicide.

It was only after the tragedy that it was revealed that the teenager might have taken her life due to depression.

Hereon, host Aamir Khan progresses to talk about the stigma attached to mental disorders in the Indian society and how too little is being done for the proper treatment/care for such patients and required guidance/support for their families.

While Dr Harish Shetty emphasises the importance of apprehending signs of depression in people around us, Yatin Nadkarni and Aruna Prakash, who suffered from depression and attempted suicide, share their own struggles and how they overcame them.

According to the statistics projected on the show, depression has emerged as the leading cause of growing suicide rate in Indians between the ages of 15 and 30.

However, as is the case with the governments’ general attitude towards issues like this, negligence and apathy have been a constant.

Then there is the inspiring story of entrepreneur Ratna Chibber, who helped her brother beat schizophrenia and, in the process, set up a thriving business after separating from her husband.

Given the magnitude of ignorance and stigma attached to mental sickness -- families of the patients are ostracised, patients abandoned in some cases, colossal lack of infrastructure and proper care -- psychiatrist Dr Sudipto Chatterjee lists out ways to recognise such ailments and get help at the earliest.

The most crucial point comes when Aamir stresses that there is no shame in asking for help or acknowledging the need for professional guidance.

What set this episode apart from its predecessors is the fact that as citizens of the country, this change can be brought about by us on societal levels.

If the public decides to shed the stigma attached to mental illness and equips itself with the requisite knowledge to combat it, it can bring about a change.

Did YOU, dear readers, like the fifth episode of Satyamev Jayate 3? VOTE!