Yippee! Movies can be made faster

With the introduction of the single window clearance provision, pre-production windows are expected to reduce significantly.
Not only will it have an impact on the operational cost of the film, it will also allow studios to release films faster.
Urvi Malvania reports. 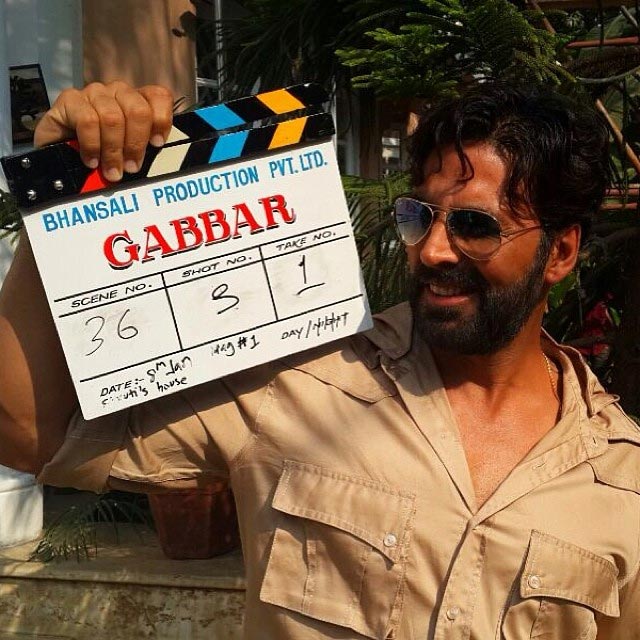 Film-makers have a reason to smile as this year's Budget has extended the single-window clearance provision to Indian producers as well.

'To promote the entertainment industry, single window clearance for ease of shooting films, available only to foreigners, is now going to be made available to Indian film-makers as well. Regulatory provisions will rely more on self-declaration,' Interim Finance Minister Piyush Goyal said while delivering the 2019-2020 Budget on Friday, February 1.

This means that the pre-production period for making films will reduce since the time spent on seeking permissions will come down.

"The government has already set up a Film Facilitation Office for enabling a single window clearance for foreign film companies shooting in India," says Utkarsh Sanghvi, partner, indirect tax, media and entertainment, EY India. "It is a welcome measure for Indian films to take the benefit of the FFO."

"Most of the permissions required from the central and state government agencies are expected to be received from a single online application," he adds.

"The announcement of a single-window clearance mechanism for Indian film-makers filming within India is a significant step and has the potential to play a huge role in boosting tourism in the country," explains Siddharth Roy Kapur, president, Producers Guild of India.

Currently, a film takes between 18 and 24 months from script to screen, and a large part of this, almost six months, goes into pre-production.

A chunk of pre-production constitutes getting various permissions from different authorities to allow on location shooting.

With the introduction of the single window clearance provision, pre-production windows are expected to reduce significantly.

Not only will it have an impact on the operational cost of the film, it will also allow studios to release films faster, keeping the script fresh in case of topical themes.

"Goyal has provided a tremendous fillip to the Indian entertainment industry with the provision of single window clearance for films in the Union Budget 2019," says Sudhanshu Vats, group CEO and MD, Viacom18. "Such policy provisions that seek to enhance ease of doing business will help the Rs 15,600 crore industry grow faster."

Anti-camcording provisions, Goyal added in his speech, will be introduced in the Cinematograph Act to control the menace of piracy.

"The amendments in the anti-camcording provisions will support the industry's growth by curtailing illegal recordings of films in cinema halls and go a long way towards reducing piracy," Kapur says.

The report estimates that piracy has caused revenue damage of up to 30% in the film sector. The report observes that 90% of the illegal prints are recordings taken during the theatrical screening of a film at single screens and/or multiplexes.

Rajesh Mishra, CEO, Indian operations, UFO Moviez, adds that a modification to the Act will "give teeth to the law to take stringent action against the offender."

However, industry executives believe that there is room for improvement when it comes to taxation.

While GST on movie tickets was recently reduced to 12% for tickets under Rs 100, and 18% for tickets above Rs 100, individual states and local bodies can still levy additional taxes.

This could mean that taxation on the exhibition sector, and consequently the film industry, could be the same amount as the figure that existed before the GST reforms.