'If Saaho works and everything goes well, I plan to do a lot of pan-India films.' 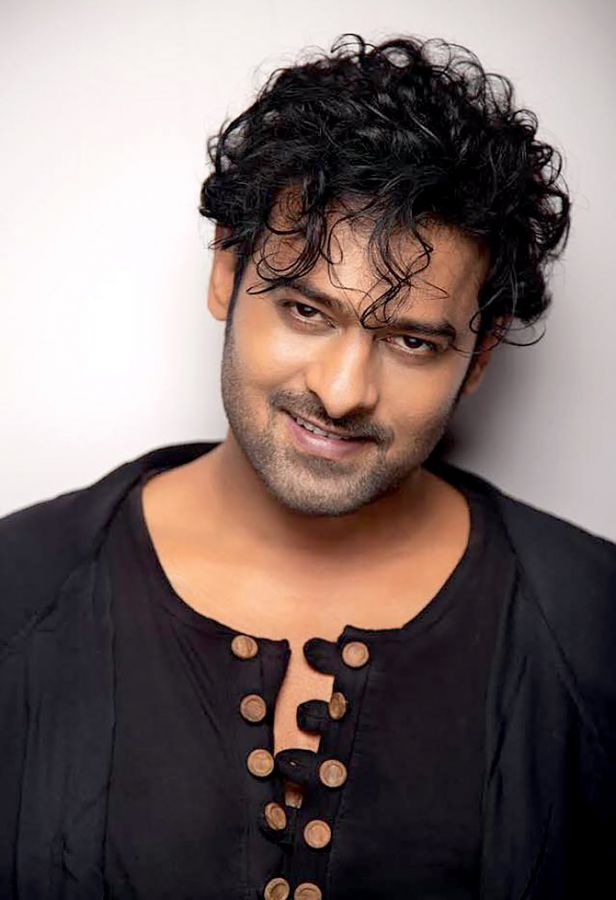 "Women might hate me for some time after watching Saaho," Prabhas says, quite ironically, while promoting his latest film.

It seems quite unlikely, of course, since the promos of the action-packed, slickly-shot Saaho makes him look even hotter!

As Prabhas leaves his blockbuster Baahubali movies behind and moves on to his next, he tells Rediff.com Contributor Divya Solgama, "It's next to impossible to maintain my Baahubali image in my next releases."

Will Saaho be bigger than Baahubali?

No, Baahubali made its mark in the industry.

With Saaho, we are just expect to entertain the audience. 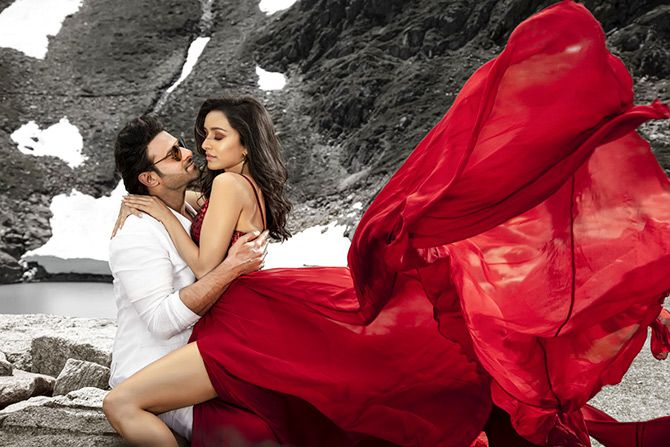 Will we see more of you in Hindi cinema?

If Saaho works and everything goes well, I plan to do a lot of pan-India films.

I have got offers from Bollywood and Tamil films.

So I might do regional films too, it depends on how it works.

Do you feel accepted in Bollywood after the mammoth success of Baahubali?

I need to work hard anywhere and prove (myself) with every film.

The first time I came to Bollywood, it was not easy.

I did not know how the industry or people would accept me.

But things got easy after the super success of Baahubali.

The press and Bollywood stars were very warm.

Ajay Devgn especially called me and spoke at length. Ranbir Kapoor messaged me and appreciated my work.

Everybody gave me a warm welcome. 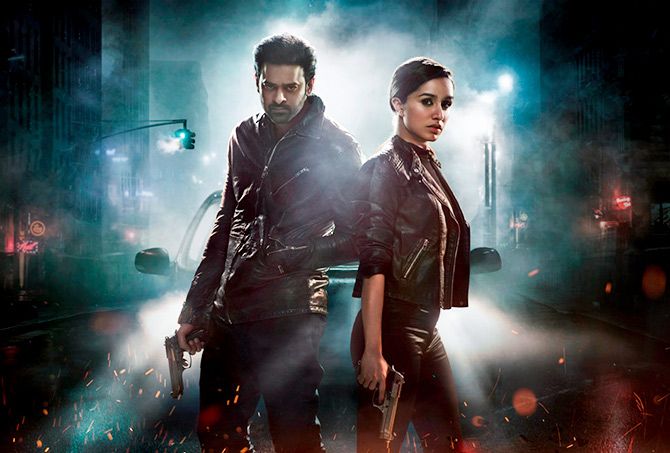 How was your working experience with Bollywood actors like Shraddha Kapoor and Jackie Shroff?

We usually get frightened to meet Bollywood's senior stars but Jackie (Shroff) sir such a cool person.

I always wanted to work with Jackiedada.

I am glad he has an important character in the film because in that way, I got an opportunity to work with him.

How was the preparation for your role in Saaho as compared to Baahubali?

We shot for about 120 days for the first part of Baahubali. We did a lot of rehearsals, as it was a period war film.

Saaho is set in the present but we had a lot of rehearsals here as well.

But the preparation for the technicians here was more than for us because they came from around the world. 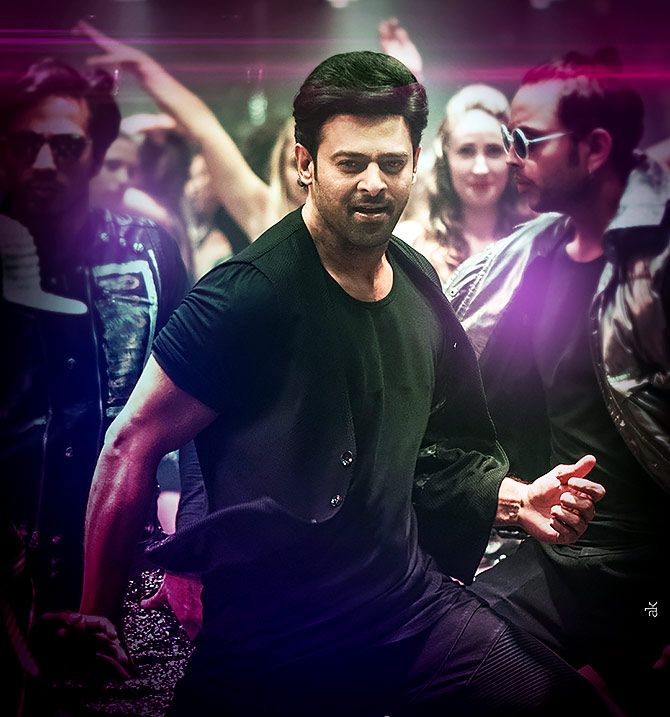 You are the heartthrob of the nation. Why did you take so long to do your next film?

I want to do at least one film a year but there was some pressure after Baahubali -- the quality of the next film was important.

I thought about doing a love story next but Saaho came to me.

You have fans in Japan as well.

Can you imagine that an Indian film was screened in Japan, and people were crying and touching Rana Daggubati and Rajamouli sir's feet?

Baahubali did many such amazing things in everybody's life. 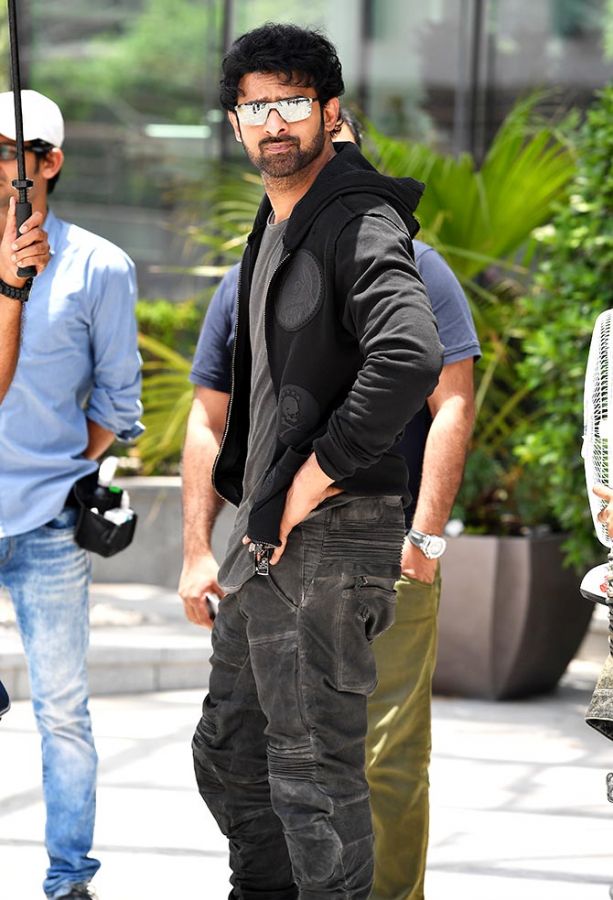 IMAGE: Prabhas on the sets of Saaho.

Did you expect this kind of success from Baahubali?

No. We had started shooting for Part Two simultaneously with Part One. For instance, we shot that famous chopping scene when Devasena was pregnant and handcuffed.

We thought we would complete both parts simultaneously but the budget was so high that we needed to stop shooting for Part Two and complete Part One first.

If a film works in Telugu, there are chances that it will work in Tamil and Malayalam because of the South-Indian feel.

But we did not know how much it would work.

It is easier to select your next film after a flop because you are already in a loss and whatever you gain next will be beautiful.

Rajamouli has given me Baahubali, but I don't know what to do now.

I guess I will do my best.

We have worked very hard for Saaho and hope everything goes well.

You are very a shy person. How do you handle the female attention in your life?

I would never talk to females during my school days, unless they came and spoke to me.

It's a beautiful experience after Baahubali. 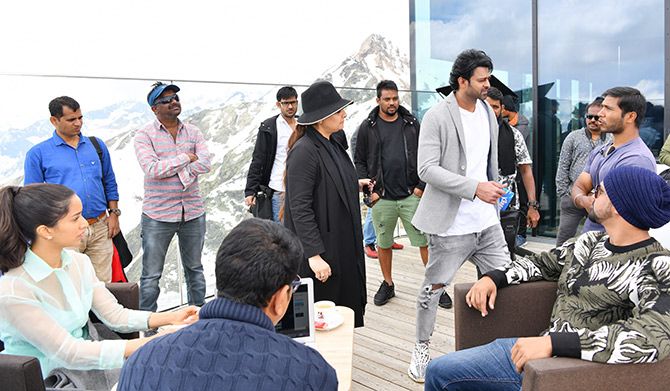 IMAGE: On the sets of Saaho.

Your character in Baahubali protected and respected women. But you are seen in a different avatar in Saaho. Are you worried that women may not like your new image?

Yes, women might hate me for some time after watching Saaho.

But it's next to impossible to maintain my Baahubali image in my next releases.

We will not be able to entertain the audience by having the same image in all films.

If the script is very strong, you can break your image. The script plays the most important part in creating or breaking the image of an actor.

Also, the audience will watch any film, irrespective of your image.

It's better to go into the commercial zone and do a screenplay-based film.

Many were disappointed that you did not team up with Rajamouli again.

Rajamouli and his team, including me, have entertained the audience for four years, in both the Baahubali parts.

To do another project with me, he must get excited with an interesting script.

It takes time to select a script.

It took years to make a film like Baahubali, so it’s not easy to make another film like that.

To entertain the audience with the same kind of expectation is no joke. 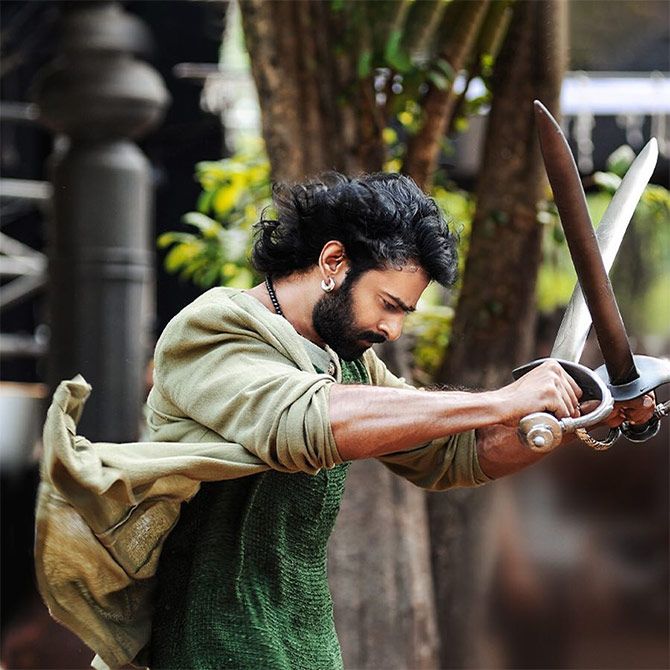 It's been said you don’t watch your film on the first day of its release.

You work hard for a film and then think what will work and what will not.

Eventually, you get so confused that it gets stressful.

Baahubali was loved by everyone, so you wonder which people will like my work in Saaho.

Sharad Kelkar had dubbed your voice in the Hindi version of Baahubali. Did you dub in Saaho yourself?

Yes. Though I loved Sharad Kelkar's voice, I wanted my own voice in Saaho.

I hadn't dubbed in the Tamil version of Baahubali either because it was a period war film and you cannot have trial-and-error in it.

For a period film, one must have that authentic way of saying dialogues.

As Saaho is a commercial film and set in the present, I could give it a try. How was your dubbing experience?

The dialogues were written in Hindi. Since I can read that language, it was not difficult for me.

Initially, the team gave me an English script, as they did not know that I could read Hindi.

We are witnessing a fantastic amalgamation between Bollywood and the south film industries. Like, we had Akshay Kumar in Rajinikanth's 2.0, Shraddha Kapoor in Saaho, and now Amitabh Bachchan in Sye Raa Narasimha Reddy. What's your take on cinema becoming more pan-India?

In foreign countries, they watch films as one country -- be it English, Chinese or any other language.

In India, we have a number of languages and so have many big markets here -- be it Punjabi, Telugu, Tamil, Karnataka and definitely Hindi.

Why shouldn’t we amalgamate and make it the biggest film in the world?

It has started now and will not stop. 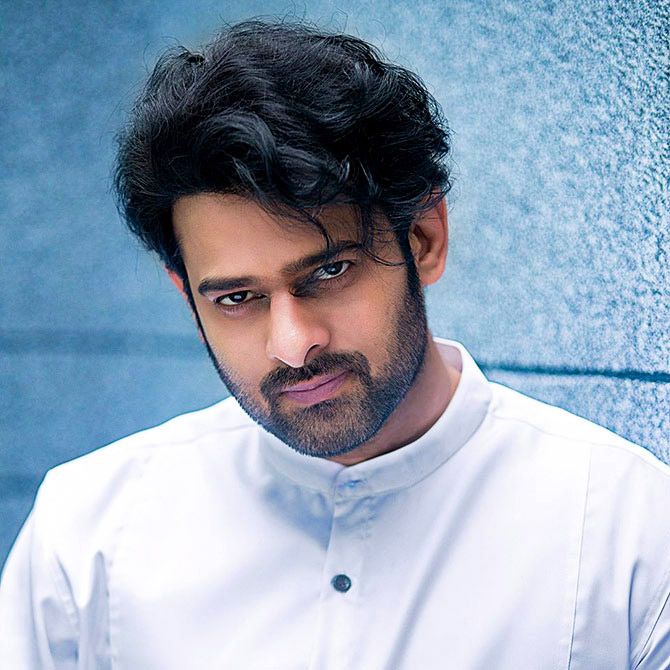 Actors down south have not fully ventured into the digital medium. Why is that?

Also, people down south need to get used to it.

It always takes time to accept something new.

The younger generation is cooler and forward, let’s hope for the best.

What are your favourite Hindi films?

I have loved films like Sholay, Dangal, Udta Punjab... 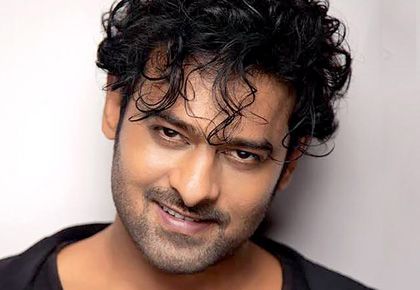