Will The Artist, Hugo benefit from Oscar win? 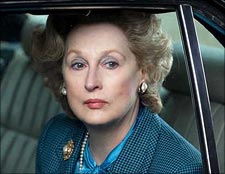 The Artist and Hugo -- which won five Oscar awards each -- may just get a boost in their collections.

With most of the top Oscar winners including The Artist, The Iron Lady and Hugo approaching the end of their run in theatres in North America, the Oscars can best benefit them when these films come out on DVD and Blu-ray after a few weeks.

These films will make a few additional millions because of the Oscars. In some of the countries where they are in the middle of their run, they could make much more in the post-Oscar phase.

'Producers and studio executives, meanwhile, hold out hopes that an Oscar win bolsters box office sales and video rentals, even if a direct Oscar bump remains elusive for most films,' The Wall Street Journal wrote.

Weinstein plans to expand the release of Best Picture winner The Artist, by 500 theatres, bringing the screen count in North America to 1500. The French import, a silent black and white film, which is a tribute to early Hollywood, was made for about $15 million, compared to Hugo, which cost about $150 million.

Whereas The Artist has grossed an impressive $60 million worldwide -- a big figure for a film of its kind -- Hugo which has received excellent reviews too, has made a disappointing $120 million. Each film could gain more from the awards, before they end their theatrical run but while this gain will be a big boost for The Artist, it will not be enough for Hugo to break even.

The Oscars go to unseen films, claimed the headline in one newspaper. Of course, the headline is exaggerated but of all the films nominated for major Oscars, only the DreamWorks Reliance Entertainment film The Help (Best Supporting Actress, Octavia Spenser) has grossed over $220 million worldwide, with nearly $170 million of that coming from America and Canada.

The Help is still in a few theatres in North America though it was released on DVD and Blu-ray a few weeks ago.

And so is the case with the Woody Allen's unexpected hit Midnight in Paris, the $17 million film that has grossed over $160 million worldwide.

The Descendants, which won an Oscar for the Best Adapted Screenplay, has grossed about $160 million worldwide and could reach $200 million by the time it ends its theatrical run after a month or so. 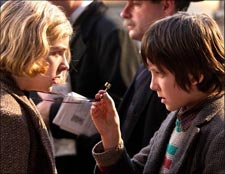 See the award winning films in the theatres if you are one of those fans who considers watching a film in a theatre a treat. And if you have not seen Martin Scorsese's Hugo, an underperforming but excitingly sentimental movie ode to the art of cinema on the big screen, do it so in the next few weeks.

Beginners, which fetched 82-year-old Christopher Plummer his first ever Oscar in a career spanning five decades including films like A Beautiful Mind, Up and The Sound of Music, is about a widower who with the help of his son comes out of the closet.

Nominated for an Oscar for the first time in his illustrious career for playing Tolstoy in the cult favourite The Last Station two years ago, he finally won one for Beginners, a small film with a big heart.

The Help was expected to win at least two Oscars, both in the acting categories but only Octavia Spencer won while Viola Davis lost to the formidable Meryl Streep for playing an aging British leader and former Prime Minister Margaret Thatcher in the medium range success, The Iron Lady which has grossed about $80 million worldwide and could add some $20 million before it exhausts its theatrical run.

This was Streep's 17th nomination in more than three decades of being in films. The Los Angeles Times wrote that three other actors, Jack Nicholson and the late Walter Brennan and Ingrid Bergman, have won three Oscars; only one, the late Katharine Hepburn, has won four.

Streep was one of the few award winners to get a standing ovation at the 84th edition of the Oscars. The Help winner, Spencer became only the fifth African American to win a supporting actress Oscar.