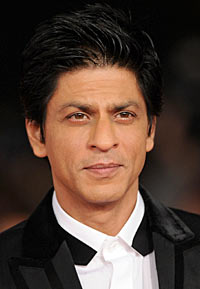 Shah Rukh Khan is in a dilemma. He has to choose between the remakes of two Tamil movies -- A R Murugadoss' Ramanna and Gautham Menon's Vettaiyaadu Vilaiyaadu.

Both offer the superstar a chance to do something he hasn't done before.

Says a source, "While Murugadoss' film casts SRK as a social cruasader, Menon's film casts him him as a cop, a role he has played just once in Shashilal Nair's 1 2 Ka 4, and that too a plain-clothed cop. SRK has never got a chance to get into a Khaki uniform. This, Vettaiyaadu Vilaiyaadu will let him do."

Indeed, Gautham Menon informs that Shah Rukh is the only choice for the Hindi remake of Vettaiyaadi Vilaiyaadi. Contrary to reports, Salman Khan is not up for consideration for the Hindi adaptation of the 2006 Tamil hit.

Apparently, Kamal Haasan who played the role of the cop on the lookout for a serial killer in the Tamil original, has  expressed a keen interest in Shah Rukh playing the role in the film's Hindi version.

Says a source close to the project, "Kamalji is extremely fond of Shah Rukh. They go back a long way to the time when 12 years ago, Shah Rukh agreed to do Kamalji's Hey! Ram free of cost. When Gautham Menon, who understandably respects Kamalji opinion, asked the thespian who should play his role in the Hindi remake, Kamalji promptly gave Shah Rukh's name."

Menon confirms, "I don't know where these reports of Salman Khan being an option for Vettaiyaadu Vilaiyaadu are coming from. It's Shah Rukh Khan, who's the first and only choice. Kamalji played the part in the Tamil original. Shah Rukh seems the right candidate for the part."

There is another reason why Salman was eliminated early from the race -- he has already played a cop several times over.

Says a source, "Shah Rukh in a khaki is a novelty. Salman has done it many times. Shah Rukh is our man for the part."

Kamal Haasan agrees, "Yes, someone like Shah Rukh would be right for the Vettaiyaadu Vilaiyaadu remake."

A source close to the project tells us that the only reason Shah Rukh has not given a final nod to the film is because he wants to see how Talaash will be received by the audience. 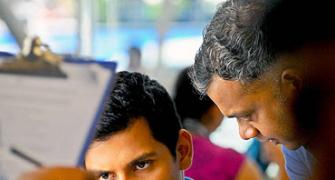 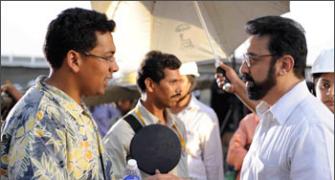 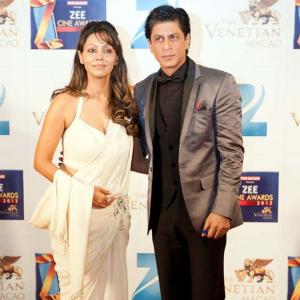