'Unlike the Shah Rukh Khan in Darr, Baazigar, Kuch Kuch Hota Hai and Dilwale Dulhaniya Le Jayenge, there's an amazing child-like vulnerability and honesty in the Shah Rukh of Devdas.' 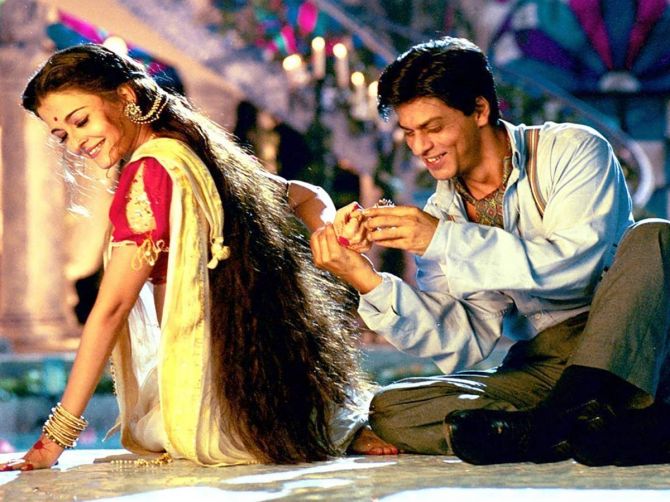 Devdas was the only Indian film that Time magazine picked as one of the top 10 films of 2002 from around the world.

"It fills me with immense pride and amazing memories of the times when we made the film against all odds and took it to Cannes," Director Sanjay Leela Bhansali tells Subhash K Jha. "Devdas was selected in the non-competition section of the Cannes Film Festival. It was not easy making Devdas. I suffered a lot. When the film was invited to Cannes, it felt like my two-and-half years of penance has paid off.

"It was God's way of telling me, 'You've suffered enough. Now it's time for the happiness to begin.'

"I had to move at twice my original speed to get the film ready in time for Cannes. We were caught completely by surprise. We had sent them an almost-finished film on BETA video but there was no time for fine tuning.

"Devdas was meant to be seen on the large screen. That the Cannes jury appreciated it on the small screen is a miracle. When the e-mail arrived from Cannes, it was a very important moment in my life. I felt happy from deep down in my being. For the first time in two-and-a-half-years, I was excited about something other than making the film." 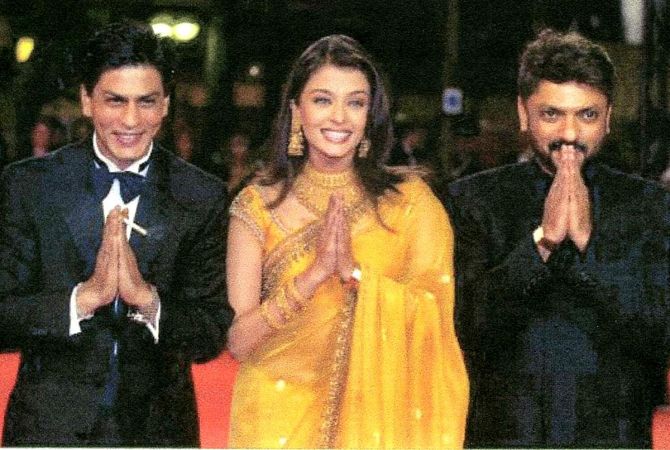 When Devdas opened on July 12, 2002, it got some scathing reviews in India and that really hurt Bhansali.

"I was criticised for making Devdas ostentatious. But stark and realistic cinema isn't the only real cinema in this country. Devdas isn't a real film. It isn't in the same genre as Mira Nair's Monsoon Wedding where the camera's presence is so understated, it almost disappears.

"You feel you are at a real wedding. I'm glad the spectrum of Indian cinema now stretches all the way from Mira Nair to Satyajit Ray. He had his way. I have mine. My Devdas was a tribute to all the mainstream masters, from Mehboob Khan, K Asif and V Shantaram to Raj Kapoor.

"I am not saying critics shouldn't have criticised my film. But they should have judged the film within the genre and format that I had chosen. Bimal Roy's Devdas wasn't the only way of filming the Sarat Chandra story. My way is also a way. Another director can make the same story in another way." 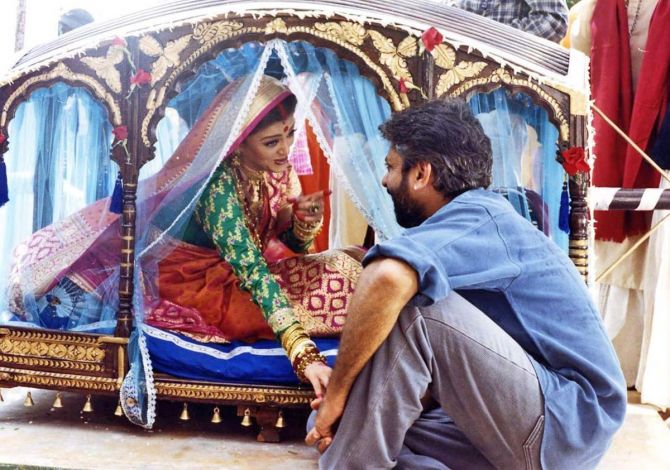 "I read the Sarat Chandra novel in Hindi thrice. Even before that, I read a 40-page English translation and I was completely hooked.

"I made all my notes and underlined all the key passages in the English translation. My version of Devdas began to crystallise in my mind at that point of time.

"I wanted to make a film that celebrated grandeur and grace. Gandhiji was a frail man, but when he walked on the road, everyone turned to look at him.

"Why does everyone stand up the minute Lataji enters a room? It's her aura which commands respect. It's what's inherent in her that makes people worship her. Likewise, the qualities in Saratbabu's novel are timeless." Eyebrows were raised when SLB chose Shah Rukh Khan to play Devdas, but the director was adamant.

"The challenge of having Shah Rukh express implosive rage was what got me.

"If I let Devdas behave like Shah Rukh, he'd be a lot more mobile on screen. Unlike the Shah Rukh Khan in Darr, Baazigar, Kuch Kuch Hota Hai and Dilwale Dulhaniya Le Jayenge, there's an amazing child-like vulnerability and honesty in the Shah Rukh of Devdas.

"When my Devdas looks at his mother, he looks as a child not a man. To me, Devdas is as honest a child in his emotions.

"Unlike the character in the novel, he never disguises his emotions. He doesn't calculate his emotional expressions. He's not corrupted. That's the most endearing part of his personality.

"He'll always be the archetypal lover because he's innocent. And we crave that innocence in our life. Speaking of his role in Devdas, Shah Rukh Khan had said, "Devdas is that traveller who wants everything and nothing. He's a winner and loser. It's very strange. When I read the book, Paro calls Devdas 'Da', which means brother. So he's a lover and a brother at the same time. How did this happen? It can only happen with Devdas."

"I don't know how I did it. It just happened. A lot of people compare the film to the novel. According to me, very few people have the right to read the novel. You can't read Devdas with pre-conceptions and expectations. Each time I read Devdas, I find a different mood in it."