Who's that girl with Saif? 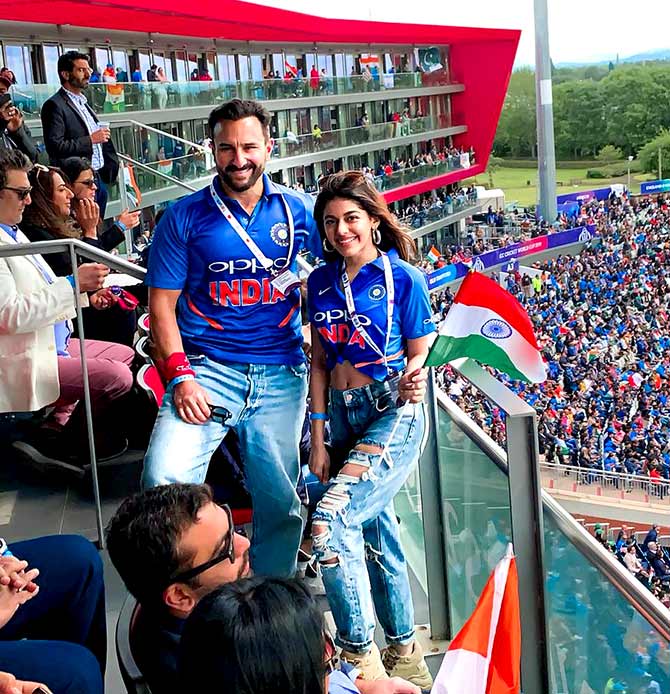 IMAGE: 'My daughter Alaia with Saif Ali Khan at the world cup match in London', tweeted Pooja Bedi. 'Perfect start to their shoot together for her Debut film #jawaanijaaneman. He plays her dad... and this was shot on fathers day. Best of luck for beautiful new beginnings.' Photograph: Kind courtesy Pooja Bedi/Twitter

Saif Ali Khan and Tabu's coming-of-age comedy Jawaani Jaaneman has gone on the floors in London.

The film marks the debut of Pooja Bedi's daughter Alaia Furniturewala, and is touted as a fun take on how a man confronts the harsh reality of life.

The film will be directed by Nitin Kakkar, who recently helmed Notebook, and will be produced by Jackky Bhagnani, Saif's Black Knight Films and Jay Shewakramani's Northern Lights Films.

'It's one of the most uber cool stories that I have come across. We are excited about the film going on floors and really looking forward to it,' Bhagnani said in a statement.

Shewakramani said the father-daughter bond between Saif and Alaia's characters at the story's core is both unique and relatable.

'A father-daughter relationship is universal. I don't know about how different it is but the one depicted in Jawaani Jaaneman is definitely very unique, as well as new-age and contemporary,' the co-producer added.

The Sacred Games star will sport an edgy crew cut and sleek bearded look for the film, which is scheduled to be released on November 29. 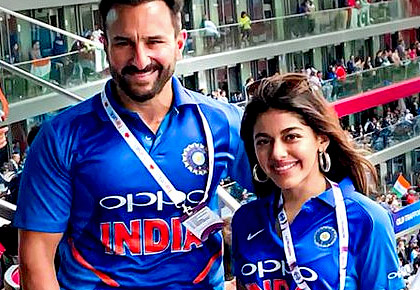