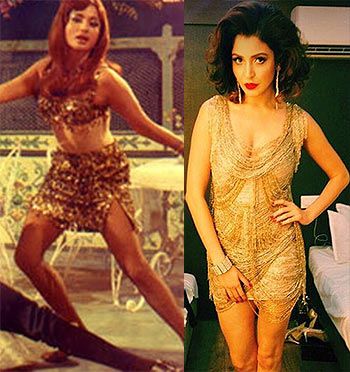 Bollywood often looks at it as a source of inspiration to understand the trends and mood of an era in its attempt to recreate it.

Quite a few films have traced movie history to produce an eye-grabbing retro moments. We bring you a fun comparison between the leading ladies of now and then.

Choose your favourite in the poll below. 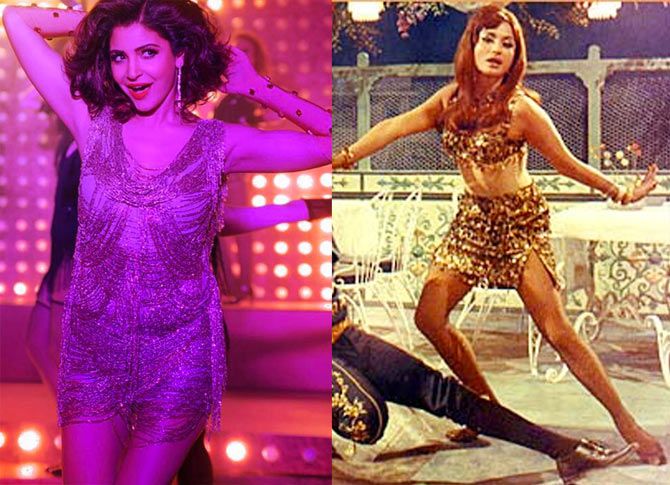 Image: Anushka Sharma in Bombay Velvet and Helen in Caravan.

Helen’s glamorous style through the decades is not only creative but also timeless. 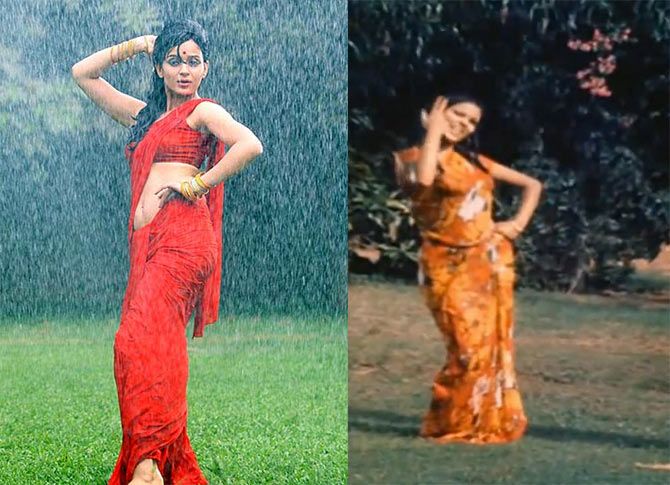 Image: Kangana Ranaut in Once Upon a Time in Mumbaai and Zeenat Aman in Roti Kapdaa Aur Makaan

Kangana Ranaut gets all wet and slinky in her drenched red sari and bindi in the role of a movie star in the 1970s paying conscious ode to Zeenat Aman’s unforgettable sizzle while prancing to Hai Hai Yeh Majboori. 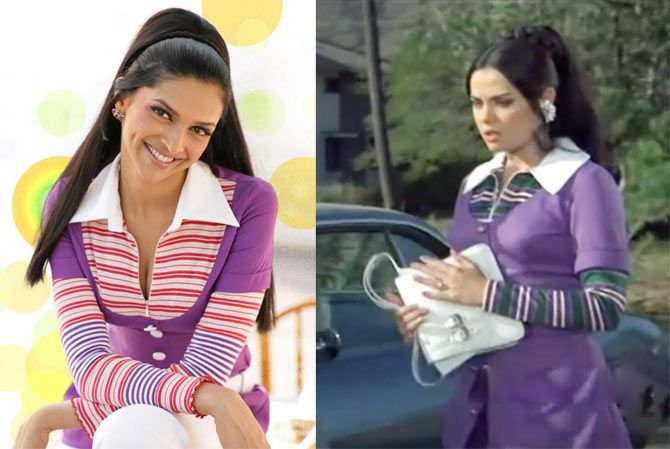 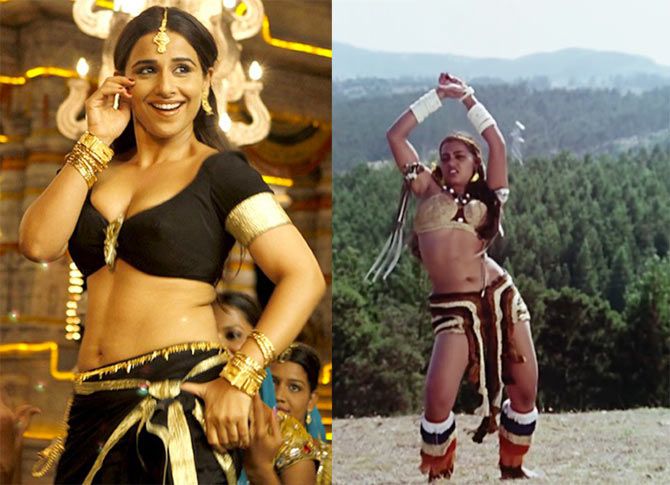 Image: Vidya Balan in The Dirty Picture and Silk Smitha in Sadma

Playing Silk Smitha in a loose biopic around the scorching dancer required the demure Vidya Balan to shed her inhibitions, become voluptuous and turn on the heat.

And boy, does she! 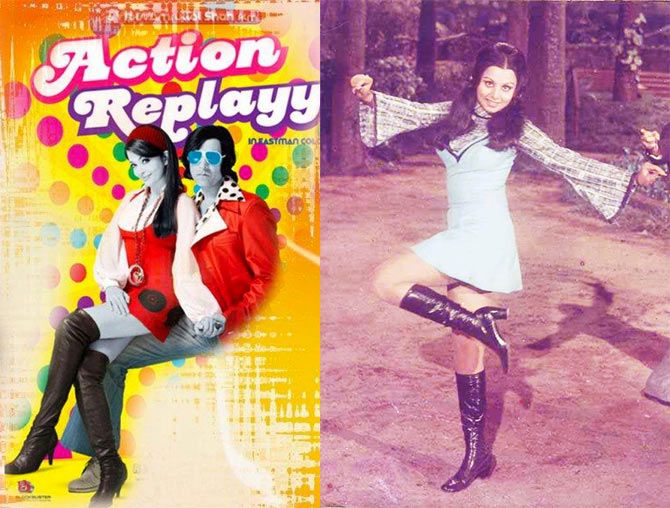 Aishwarya Rai Bachchan slips into a funky 1970s wardrobe that takes clear inspiration from Neetu Singh’s playful, inimitable style in the Back to the Future rip-off, Action Replayy. 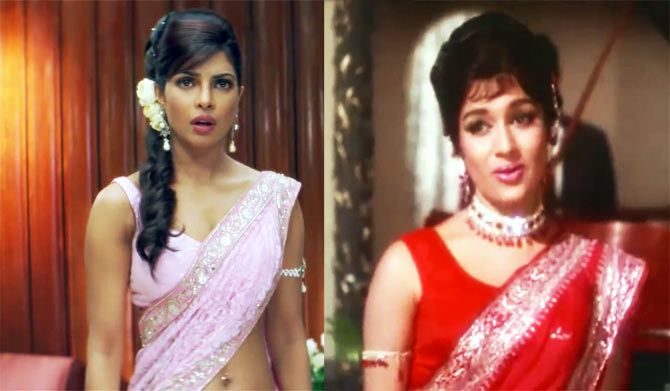 Priyanka Chopra portrays a typically coy 1960s starlet in Teri Meri Kahaani and it’s not hard to see her desi chic appearances are inspired by the likes of the most perky faces of the said decade -- Mumtaz and Asha Parekh.

Image: Sonam Kapoor in Himmatwala and Parveen Babi in Shaan

Sonakshi Sinha slips into retro mode for a special song and dance appearance in the Himmatwala remake.

While the movie is a fiasco from the word go, Sonakshi’s attempt to do Shaan’s Parveen Babi isn’t too shabby. 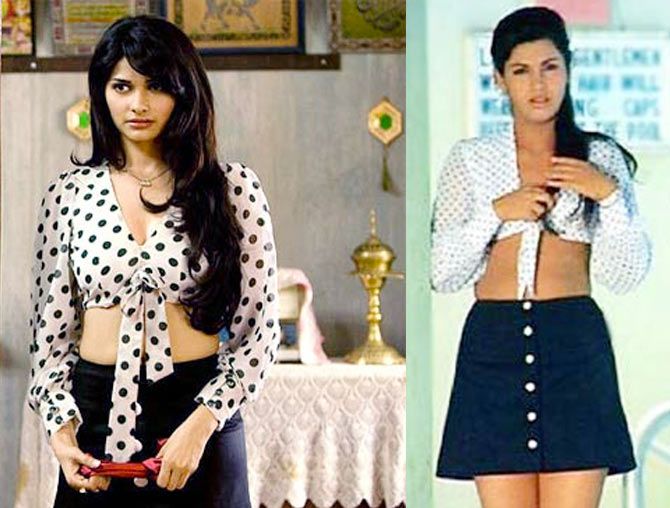 Image: Prachi Desai in Once Upon a Time in Mumbaai and Dimple Kapadia in Bobby

Knotted shirt in a polka dotted print and black mini remains one of Dimple Kapadia’s most iconic and enduring image from her debut Bobby.

What do you think of Prachi Desai’s bold attempt to pull it off? 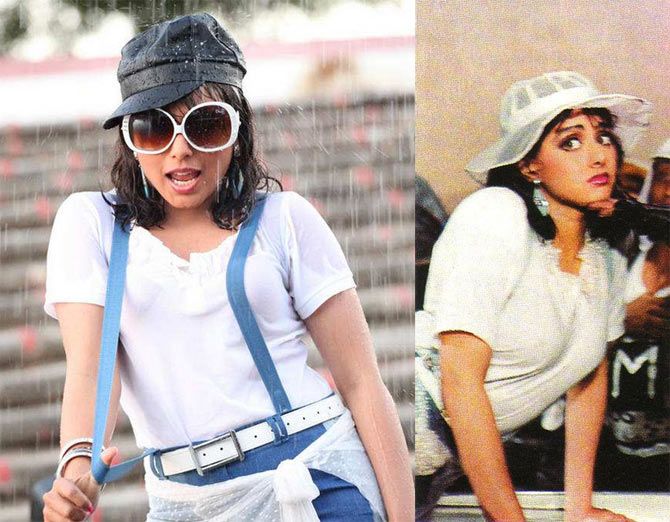 For one of Aiyyaa’s sequences, Rani Mukerji tips her hat to the top troika -- Sridevi, Madhuri Dixit and Juhi Chawla like only she can.

While there’s no beating Sridevi’s exclusive blend of cute meets oomph, Rani sure gets points for trying to get all Chaalbaaz on screen. 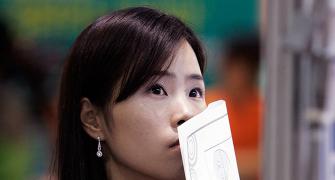 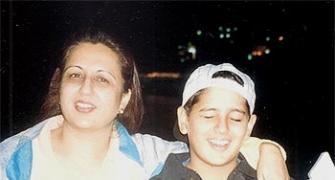 Daily Game: Guess who this famous star is! 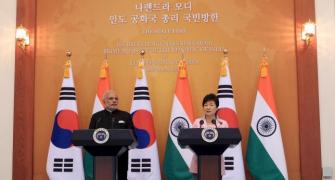 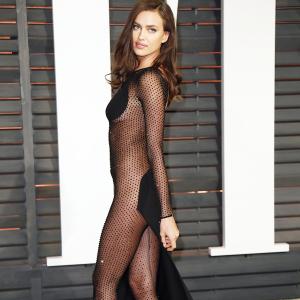