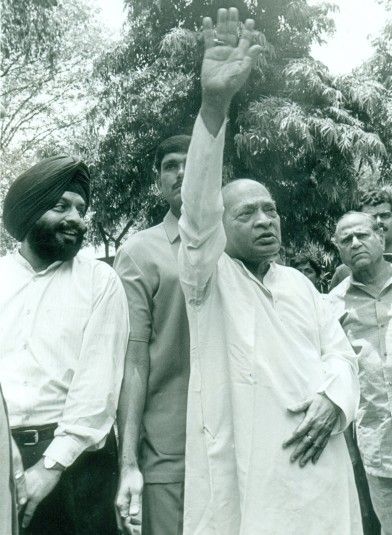 Applause Entertainment has joined hands with the OTT platform aha for an adaptation of Vinay Sitapati's book, Half Lion: How P V Narasimha Rao Transformed India.

The Web series will be helmed by National Award-winning director Prakash Jha, a film-maker known for his films on socio-political themes like Gangaajal, Apaharan, Rajneeti and Aarakshan.

Half Lion will release in Hindi, Telugu and Tamil in 2023.

'It's been a remarkable journey with aha in Telugu so far,' says Allu Aravind, promoter, aha. 'We are overwhelmed with the love and support we've received globally from the audience who've made aha one of the fastest growing apps in India within a span of two years.'

'In what is another pioneering effort from aha, we believe aha Studio will help us work with the best creative talent in the country to present world class entertainment to our global audience,' adds Aravind, who is also movie superstar Chiranjeevi's brother-in-law and movie star Allu 'Bunny' Arjun's father.

'I'm proud to have the opportunity to present the story of our beloved late prime minister P V Narasimha Rao to audiences across the world.'

'It is exciting to work on real life stories and subjects, especially with platforms like aha, who share the same vision and energy," says Prakash Jha.

'It's important for today's generation to know the story of those who've played an instrumental role in making the country what it is today,' adds Jha, 'and I believe that there is a lot to learn and be inspired from the life of the great P V Naraasimha Rao.'

So which actor should play the late prime minister? Do list your choices in the message board below!