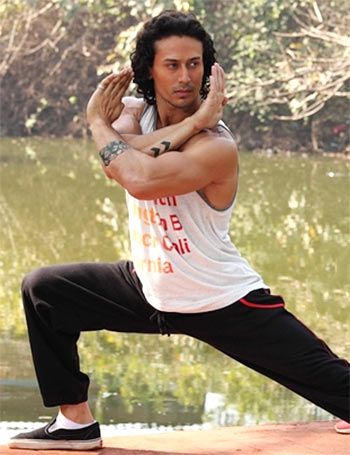 One of Bollywood's shyest actors, Tiger Shroff is a man of few words, but ironically, those few words seem to have come back to haunt him.

The actor recently gave us an interview, while promoting his new film, Baaghi: A Rebel For Love, where he spoke about his film and his superstar father Jackie Shroff.

He also spoke about the kind of woman he'd like to marry, and went on to say that she should be a "housewife-type, who should stay at home, keep the house clean and give him home-cooked food". He added that she "should be a village girl".

Yes, he did speak his heart out, except for one tiny miscalculation. He didn't expect social media to slam him so hard for his comments that were deemed sexist, regressive etc.

Yes, it must have come as quite a blow for him.

So bad, that he tweeted about it, trying to clarify his stand: 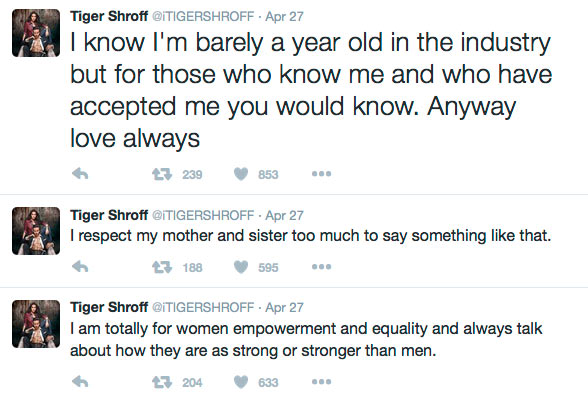 He even tried to deny the interview, and was quoted as telling a news website: 'This is ridiculous; please don't believe everything you read.'

But Tiger forgot something critical: He's just one film old, whereas he was dealing with seasoned journalists. And naturally, we have a recording of what exactly he said.

And we are playing it for all of you -- and that includes you, too, Tiger -- right here:

The interview wasn't an exclusive for Rediff's Jahnavi Patel. There were five other journalists along with her for the interview. Plus, there were two representatives of the production house as well.

Yes, Tiger, there was a roomful of people when you gave that answer.

It has also been reported that a journalist tried to get in touch with Jahnavi Patel to confirm the interview, and whether Tiger actually said what he did, and that she 'wasn't available'. Our advice to the reporter: perhaps one needs to try a little harder than just post a single tweet?

Tiger may have lost this round. But here's hoping he does a better job with the villains in Baaghi!