The release of any Rajinikanth movie is a mega event in itself.

At the release of 2.0 in Mumbai, the festivities commenced two hours before the first show with an elaborate puja at 4 am.

A 30 foot garland was arranged for the cutout as fans paid their respects to their beloved Thalaivaa.

Fans then arranged a procession from the Aurora Talkies to IMAX Wadala where the movie's second show was to begin at 7 am.

At Aurora, an hour before the 6 am first show, rose petal showers, crackers, a dhol, all heralded the release of India's most expensive film.

As the procession made its way towards Wadala, fans in large numbers danced, threw flowers at a smaller cutout of RajiniSir, celebrating Thalaivaa's arrival on the big screen.

Both theatres were flooded with fans of all ages, many wearing T-shirts with RajiniSir's face on it.

As a part of the tradition, the movie paused for a couple of minutes when Rajinikanth made his entry on screen, so that fans could celebrate the moment.

The entire theatre hooted as Rajinikanth sauntered on screen, many joining their hands in respect. 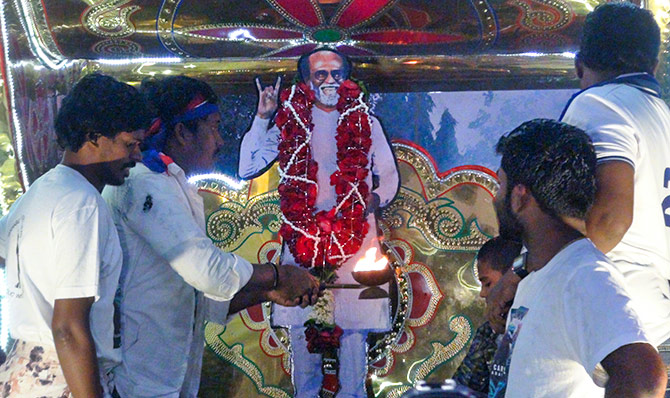 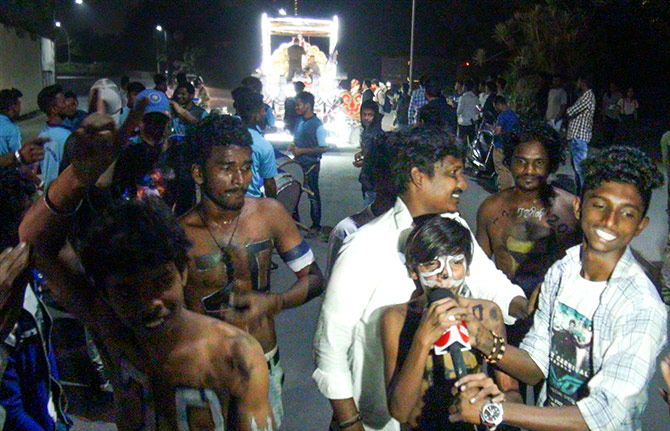 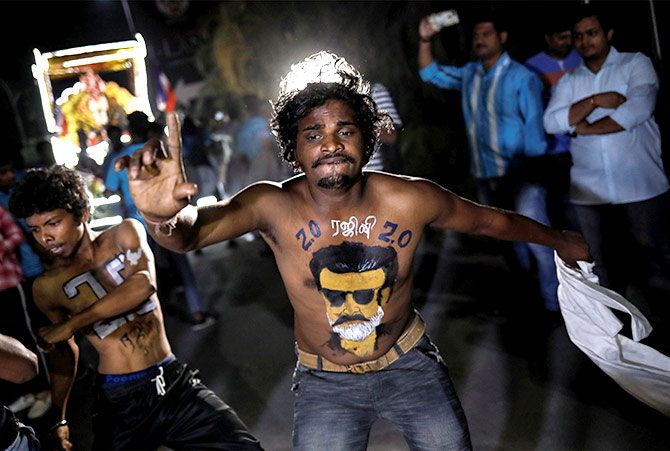 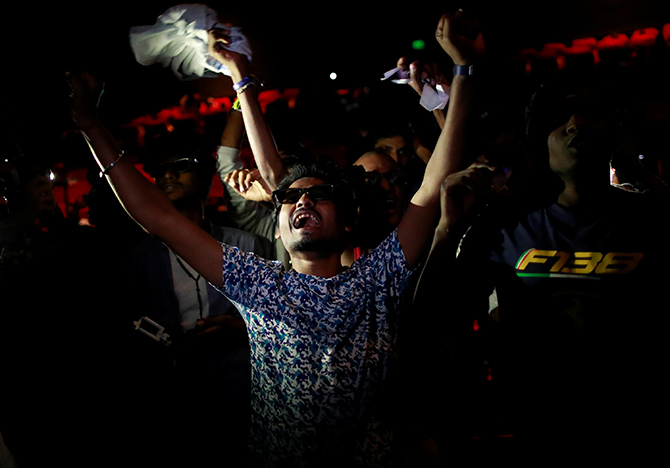 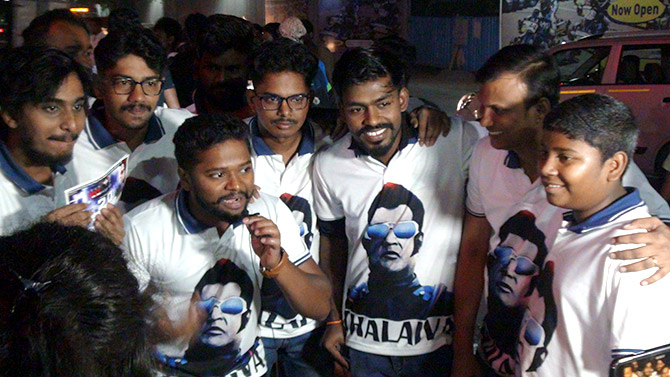 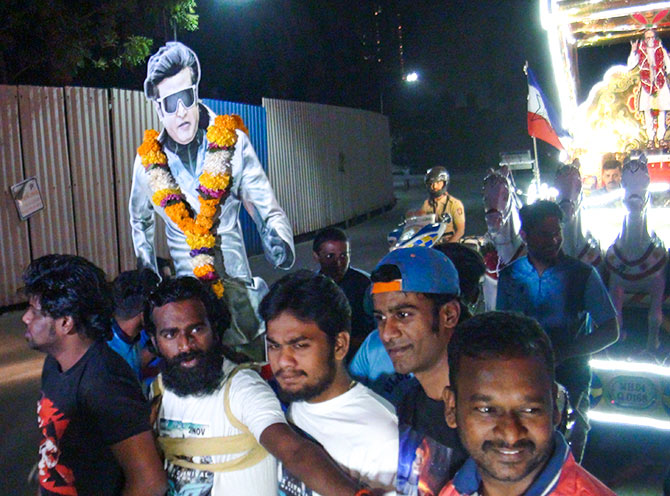 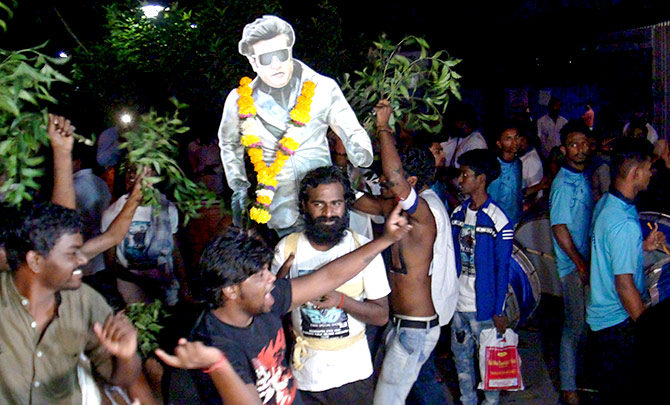 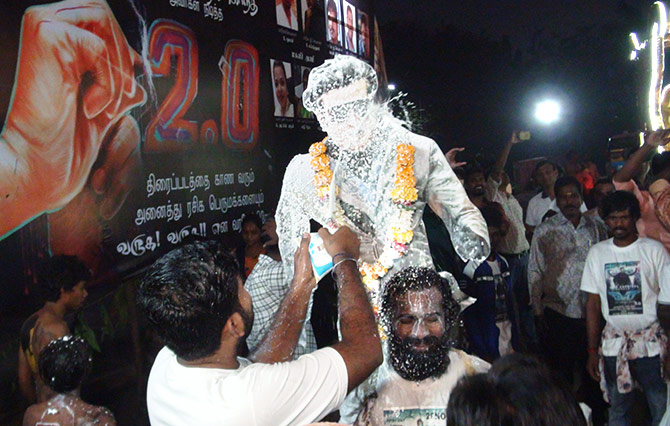 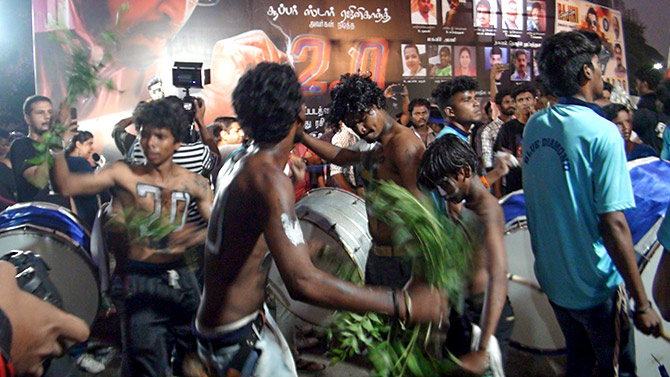 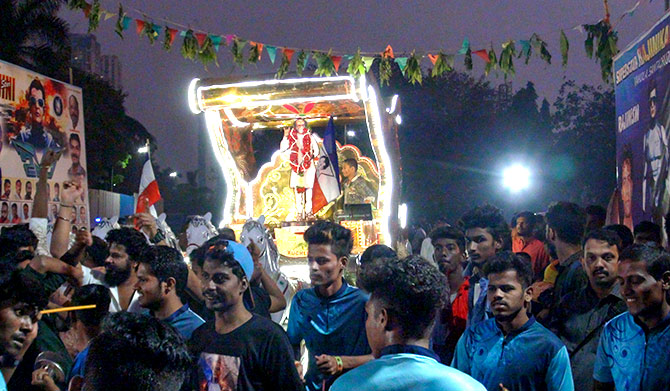 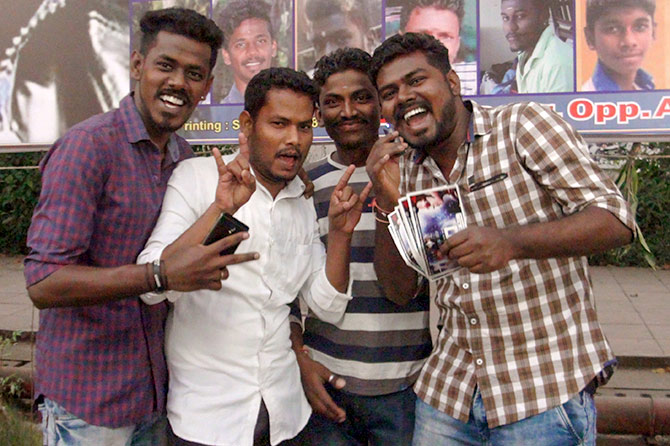 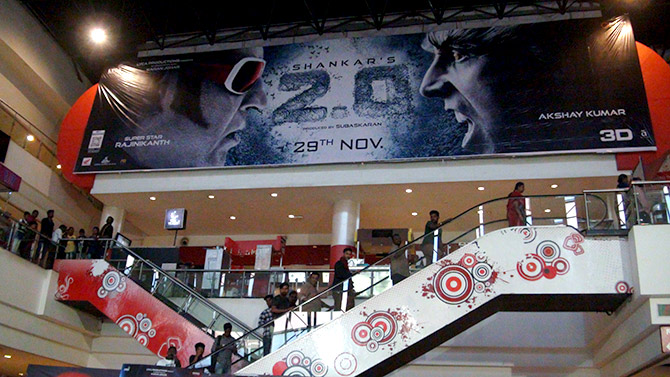 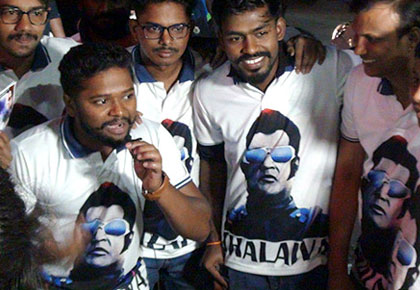