Twitter India launched a new emoji and asked everyone to list their favourite 1990s movie and tag their friends to continue the chain. Bollywood responded right away!

A look at the movies they picked:

Ajay Devgn: So my most favourite film from the 90s till date is Zakhm. And I am further tagging @akshaykumar & @juniorbachchan to tell me theirs.

Akshay Kumar: My favourite films from the 90s would have to be Sangharsh and Andaz Apna Apna. I'm further tagging @ranveerofficial and @karanjohar to share theirs.

Abhishek Bachchan: My favourite film from the 90's would have to be Agneepath. I would like to further tag @Riteishd @iHrithik and @TheJohnAbraham to tell me theirs.' Hrithik Roshan: Mine has got to be KARAN ARJUN . It was the first film I experienced from scripting, assisting till the first show in Chandan. My joy was unmatched when the audience went crazy.

Karan Johar: I owe my journey in cinema to the 90s! My favourite films in that decade are #HumAapkehaikaun and #Lamhe (not including my most favourite #DDLJ as I worked on it) I further nominate @Varun_dvn and @SidMalhotra to share their #90sLove

Varun Dhawan:: My favourites would be aankhen and kuch kuch hota hain. I nominate @varunsharma90 and @ShraddhaKapoor Sidharth Malhotra: '90s was when I was introduced to Hindi cinema in New Delhi & I've been charmed & awestruck ever since.. My favourite films are #DDLJ and #JoJeetaWohiSikandar. I further nominate @advani_kiara & my bro @shakunbatra to tell me theirs #90sLove

Kiara Advani: Born in the 90s! #KuchKuchHotaHain and #DDLJ on repeat! Thanks for nominating me Sid, I further nominate @shahidkapoor and @TheAaryanKartik to share their #90sLove

Sonakshi Sinha: '90s jaise decades ki baatein, 2020 main bhi hoti rehti hain! And on that note, my favorite 90s films are DDLJ and Aankhen! I nominate @humasqureshi and @mudassar_as_is to share their favorites from that decade. 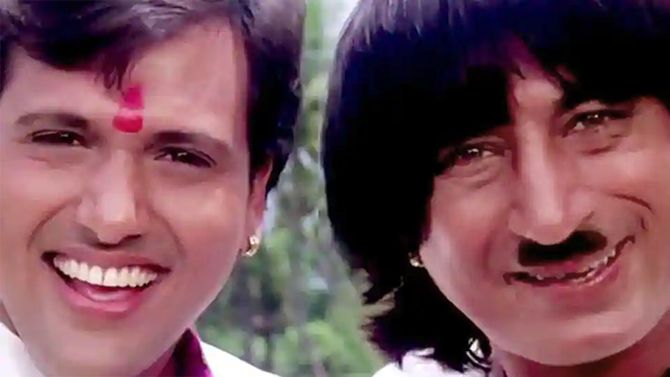 Ranveer Singh: 90s is the decade that defines me! I love everything 90's! From films to fashion to music to pop culture! Two of my absolute favourite movies from the 90s are JUDWAA & RAJA BABU! :) I nominate @aliabbaszafar and Baba @arjunk26 to share their favourites.

Kriti Sanon: Lovvveee 90s!!! Too difficult to pick 2 films.. well i love DDLJ alottt.. but since u've said it.. Kuch Kuch Hota Hai and Hum Aapke Hain Koun! Umm.. can i pls add Andaz Apna Apna too! I nominate @ayushmannk , @iTIGERSHROFF and @TheAaryanKartik to tell me theirs! Ayushmann Khurrana: I'm a 90s kid. I think Jo Jeeta Wohi Sikander is a cult. So is DDLJ. Can't miss Rangeela also. Sigh. Too many classics. I nominate @bhumipednekar @tahira_k and @Aparshakti

Tahira Kashyap: And I was a selective 90s kid! Multiplex audience in a single screen theatre. For me it's Lamhe, Dil Se and Kuch Kuch Hota Hai! I nominate @taapsee @mrsfunnybones @Ashwinyiyer to share theirs

Twinkle Khanna: Fortunately I am a Govinda fan so I would have to say I loved every good and terrible movie starring my idol in the 90s along with what seems to be everyone's favourite Andaz Apna Apna but only because Govinda also had a guest appearance in it.

Aparshakti Khurana: 90s was louveee!! I think Dil and 1942 A Love Story will be my picks from that time. Though JJWS is my all time fav!! 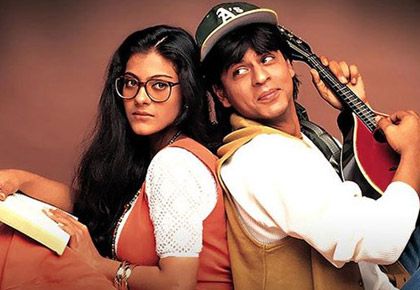