'The contestants won't be able to hug him, but Bachchan sir will be doing an 'elbow hi'.' 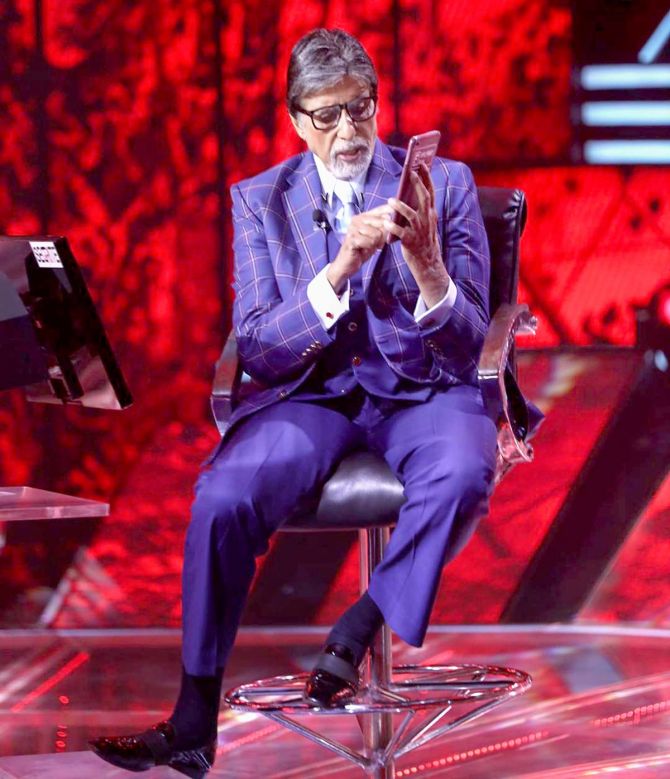 The coronavirus pandemic has thwarted many projects, but Amitabh Bachchan and the team of the show Kaun Banega Crorepati knew they would make it happen: with double the precautions and spirit

Shortly after recovering from COVID-19, Bachchan, 77, started filming the 12th season of the popular game show in August.

To adapt to the social distancing norms, the KBC set and the show's format underwent an overall change.

According to showrunner Sujata Sanghamitra, for the first time in 20 years, the show is hosting no live audience and hence, the lifeline 'audience poll' has been replaced by video-a-friend to align with how 'the country is looking at each other through screens now'.

"The set designing changed as we have only eight fastest finger first contestants, reduced from the usual 10 so that social distancing is maintained. We have companions of the contestants but they are also seated far apart. The design of the hot seat and the contestants chair have also changed, there's more gap now," Sanghamitra told PTI. One of the highlights of the show has been the camaraderie between Bachchan and the contestants, who often ask for a hug or a handshake from the screen icon.

Even though the shooting guidelines demand minimal physical contact, the team has come up with an alternative for not letting social distancing norms affect the content.

"The contestants won't be able to hug him but Bachchan sir will be doing an 'elbow hi'. The conversations remain the same. Physical distance hasn't disturbed the content," the showrunner said.

The KBC set in Film City, north west Mumbai, has a bigger control room with partitions in between.

The cafeteria has a glass partition on every table and the team ensures that at no point is any place crowded.

Bachchan's teleprompter room, where he reads the script, has a glass wall, with the actor on one side and the scriptwriter on the other.

Prior to the pandemic, the set would have two entry-exit points, which have now been increased to four-five. There is a separate entry and exit point for Bachchan and the contestants.

Even the crew steers clear of these areas.

"There are sanitisation tunnels, doctors who check temperatures and oxygen levels, and a database of everyone on the set is maintained. A heavy load of sanitisation happens at least four-five times a day," Arunshesh Kumar, KBC technical director, told PTI.

"A team sanitises the set during every break. We even have a set monitor to keep a check on how people are wearing the masks," he added.

To meet social distancing norms, the show has cut down its key crew of 300 to 175.

"Now, if the audience is not part of the process, the whole backend team, which is there for the audience, is currently on stand-by. Because of social distancing norms, most carry food from home," Kumar added.

"Though we have a pantry and a caterer, the number of people who eat there is less. Those are the departments where we tried to control the manpower." While Bachchan blogged about his experience of visiting a set for the first time since the coronavirus-induced lockdown in March forced shut film and television shoots, the show was a result of months of brainstorming.

Kumar said the team started planning the latest season around the first week of March but hit a roadblock once the lockdown was announced.

Between April-June, the team had four plans, including taking KBC completely digital.

"An international season of the show had the host and audience from their homes. They did it via a video app. That was also in the planning, but thankfully as things progressed, even the government allowed shoots to start," he said.

One of the first steps towards putting the show on floors was to make its selection process completely digital. From application, examination to the final interview, everything was done through Internet.

The process of getting the selected contestants to Mumbai started much in advance, with them taking the COVID-19 test twice.

"They do a COVID-19 test before they leave for Mumbai, by the time they reach, we have their reports. They are then isolated and quarantined in a hotel. They go through one more round of COVID-19 tests and only if they pass that, are they allowed to come on sets. They have zero physical interactions with the crew or amongst each other," Kumar said. 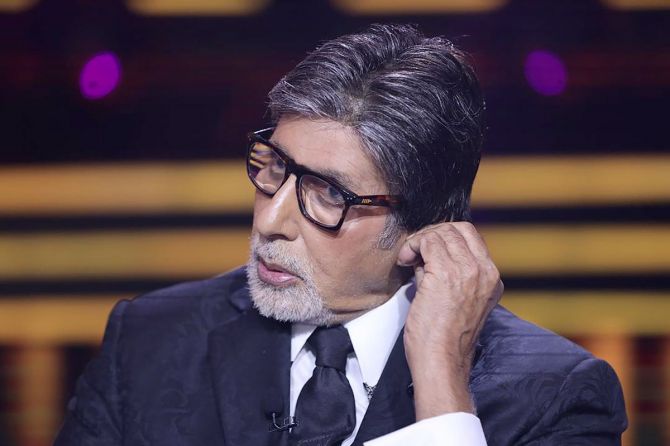 The cautious approach also extends to Bachchan's styling on the show.

While the fabric of the actor's outfits earlier used to be imported from Italy and stitched in the city, things are now different.

"So whatever is existing in India, in the stock, that's safe for us because it cuts transition time and its handling through multiple people," Priya Patil, Bachchan's stylist, told PTI.

The stylist, who has been a part of KBC for nearly five years, said costumes too now take a longer time to get stitched because many artisans, who went back to their native villages because of the lockdown, have not returned.

"The manpower has gone down. If it took a day to make something, it now takes two."

Patil said Bachchan wears his outfits only after they are sanitised.

"When the fabrics come in, I design everything. Once it's ready, everything is sanitised and only then sir wears it. No one touches them. On set, I wear a PPE kit and there's only one other person from my team on the floor with me," Patil said. 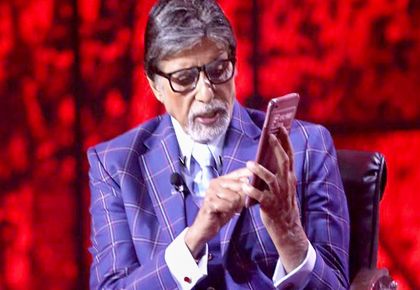 Justin Rao
© Copyright 2021 PTI. All rights reserved. Republication or redistribution of PTI content, including by framing or similar means, is expressly prohibited without the prior written consent.