News
Business
Movies
Sports
Cricket
Get Ahead
Money Tips
Shopping
Sign in  |  Create a Rediffmail account
Rediff.com  » Movies » What were Diljit, Taapsee, Kamal, Varun up to?

What were Diljit, Taapsee, Kamal, Varun up to?

Monday was a day of trailer launches.

Besides the grand launch of Janhvi Kapoor and Ishaan Khatter's career with their film Dhadak, we also saw the trailer launches for Shaad Ali's Soorma at PVR, Juhu, in suburban Mumbai, and Kamal Haasan's Vishwaroop 2 in Chennai. 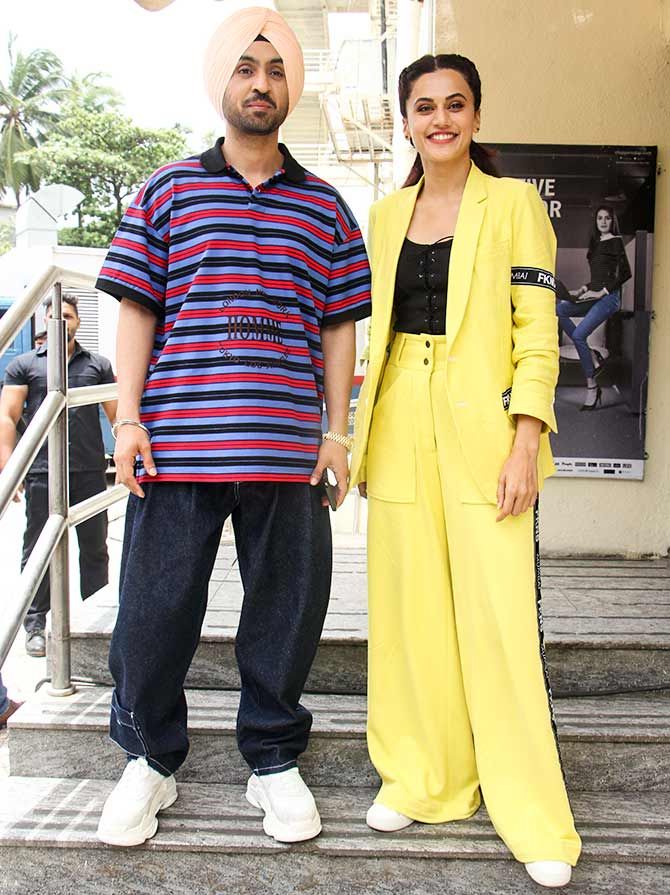 Soorma is based on Indian hockey star Sandeep Singh who was paralysed after an accidental gunshot injured him in 2006.

Confined to a wheelchair for two years, Sandeep made a remarkable comeback to international hockey in 2008. 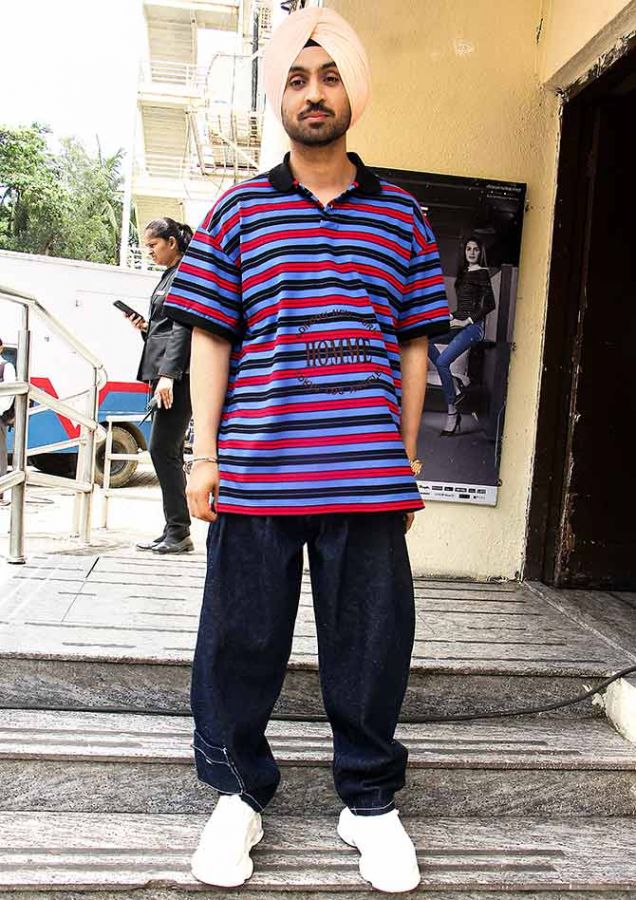 "Soorma is someone who achieves the impossible. Normal se bahut upar hai soorma. Soorma sau mein ek hi ho sakta hai (They are miles ahead of normal people. Only one person in a hundred can be a soorma)," Diljit had told Rediff.com 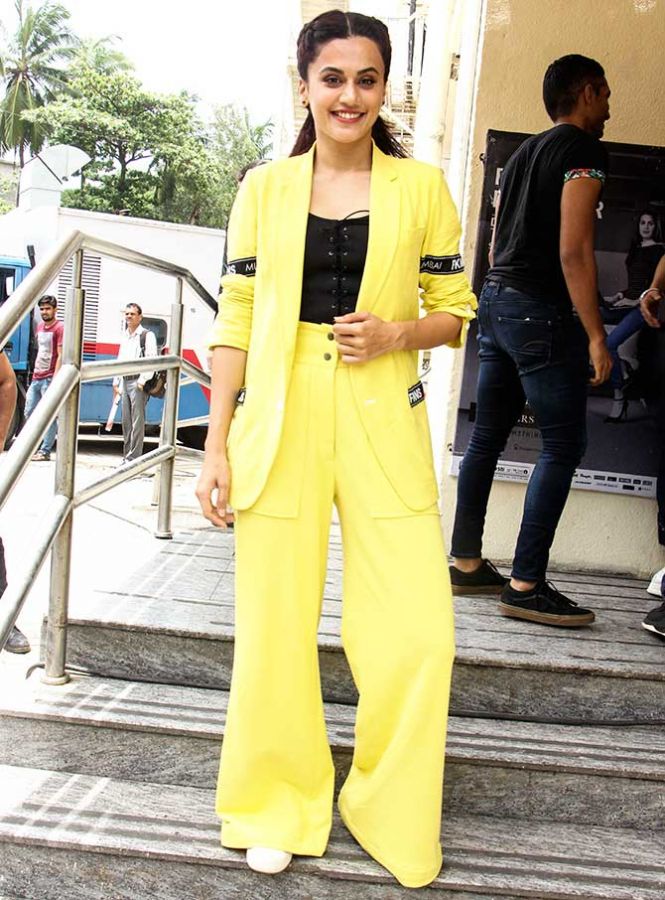 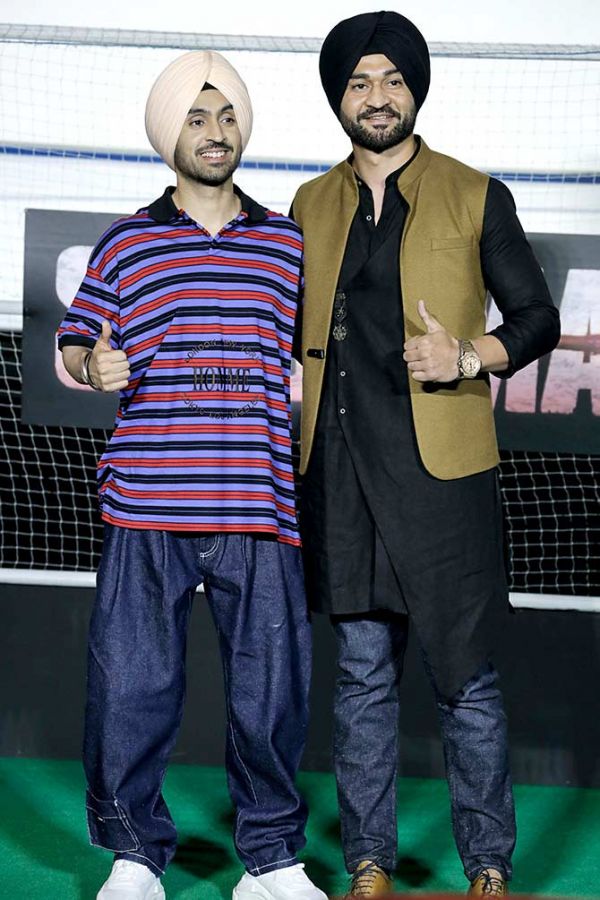 Diljit with Sandeep Singh, the hockey legend on whom the film is based. 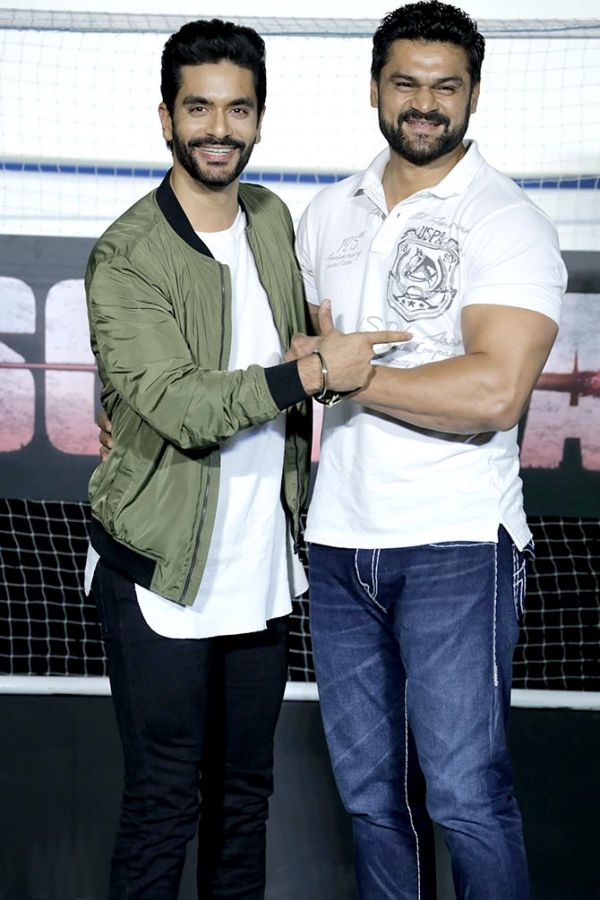 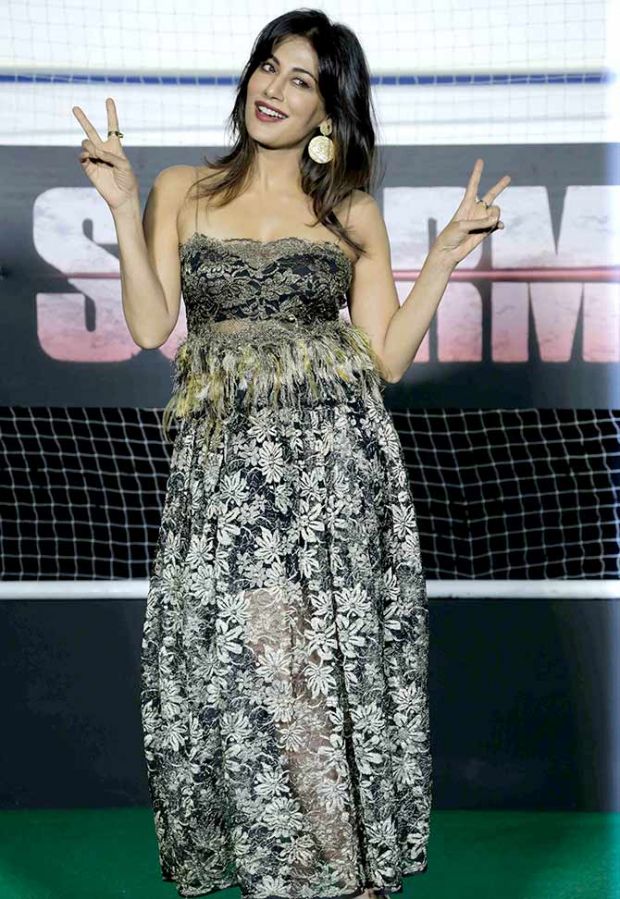 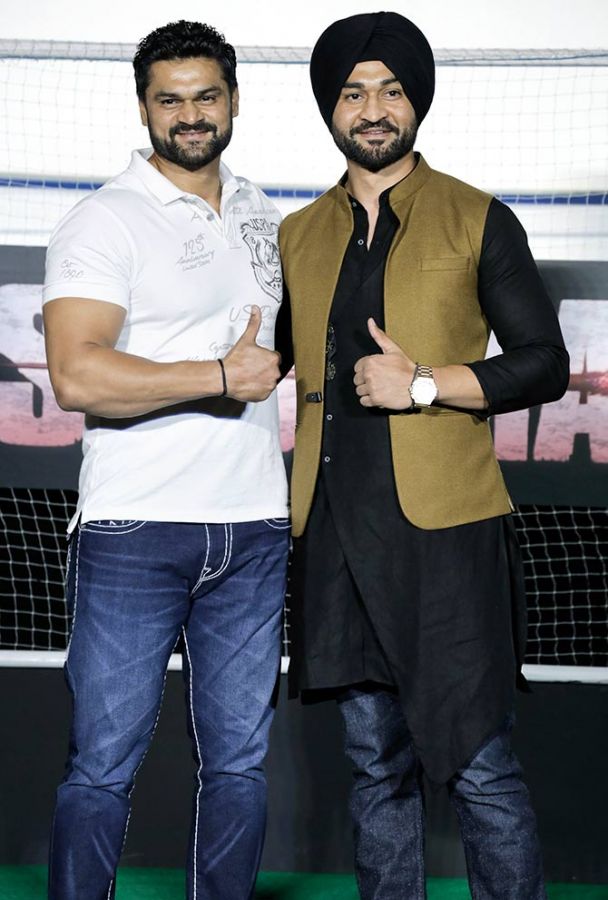 The Singh brothers: Bikramjeet and Sandeep. 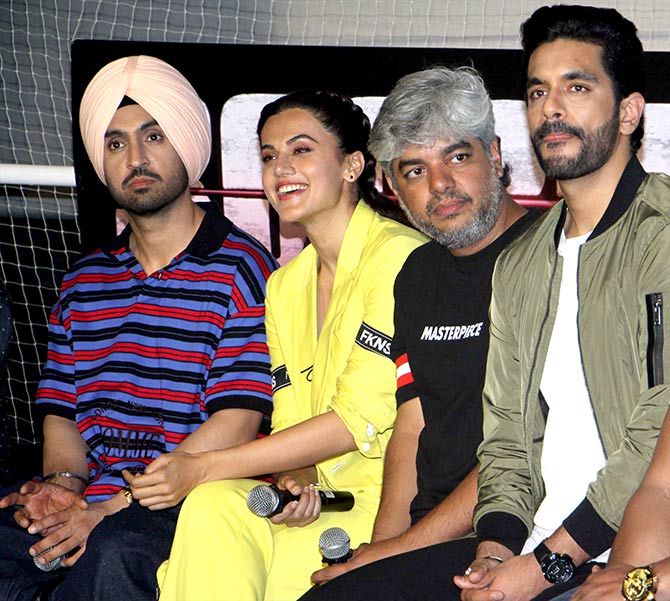 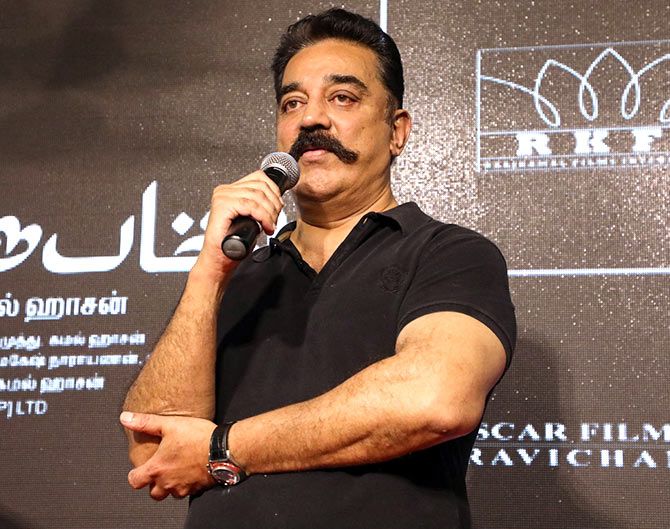 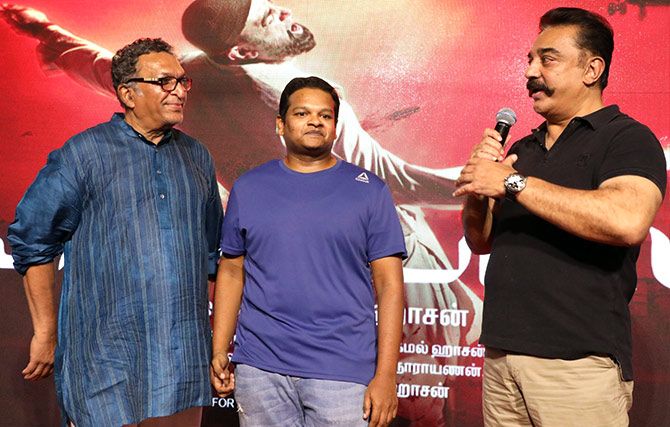 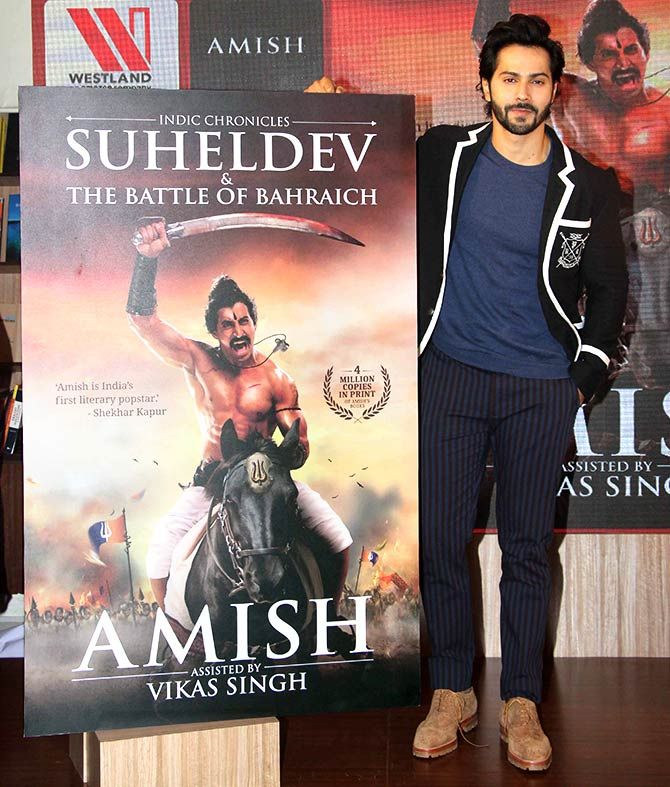 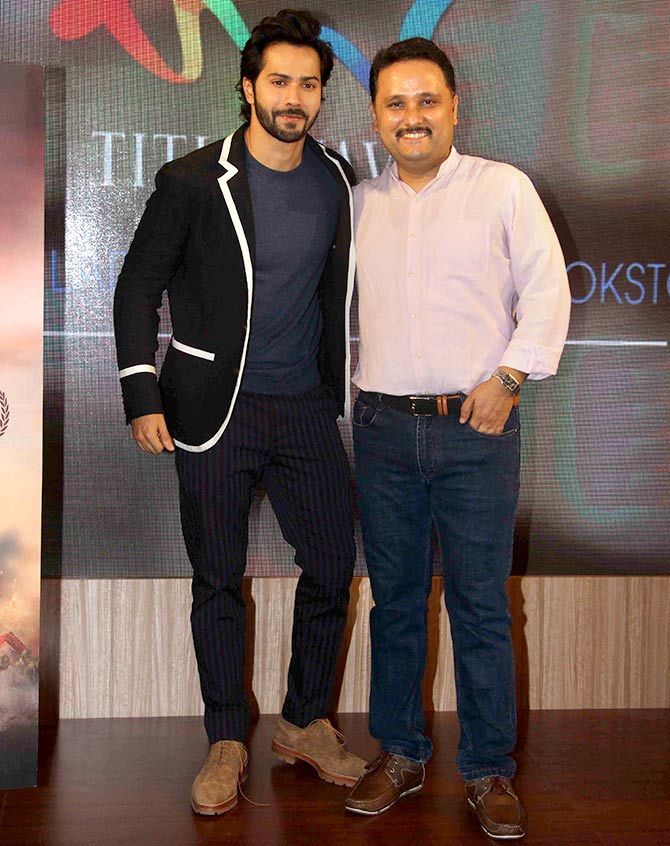 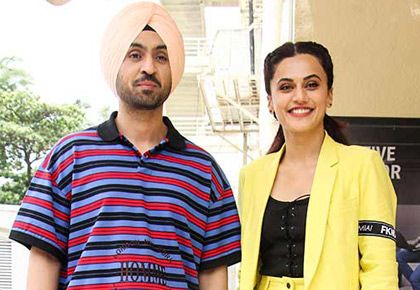 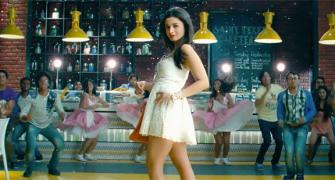 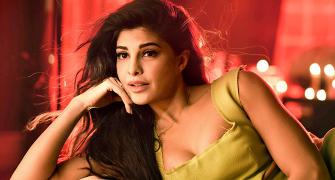 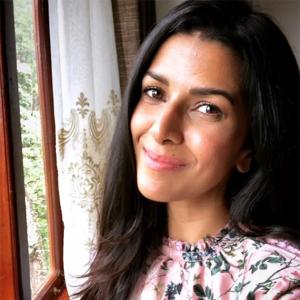 What was Nimrat doing in Meghalaya? 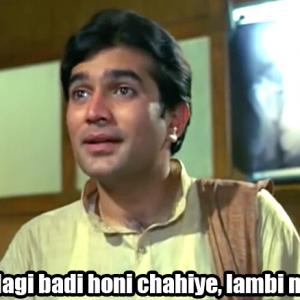