News
Business
Movies
Sports
Cricket
Get Ahead
Money Tips
Shopping
Sign in  |  Create a Rediffmail account
Rediff.com  » Movies » What Sridevi, Aishwarya and Rekha have in common! 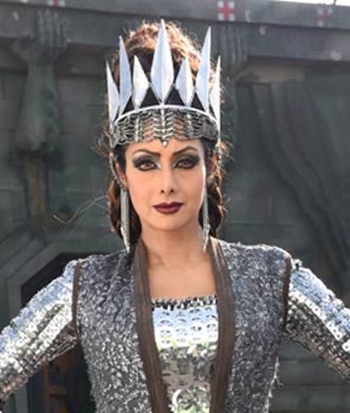 That's one way to turn heads...

Sridevi's Tamil comeback Puli, a fantasy adventure saga touted as the next Baahubali, is making headlines for a range of reasons.

Among other things though, did you notice the ornate headdresses the veteran actress is sporting in various stills from the film?

While it struck us as rather fascinating and dreamy, it brought back flashes of quirky, curious and, in some cases, outright hilarious headdresses actresses have worn in the movies in the past! 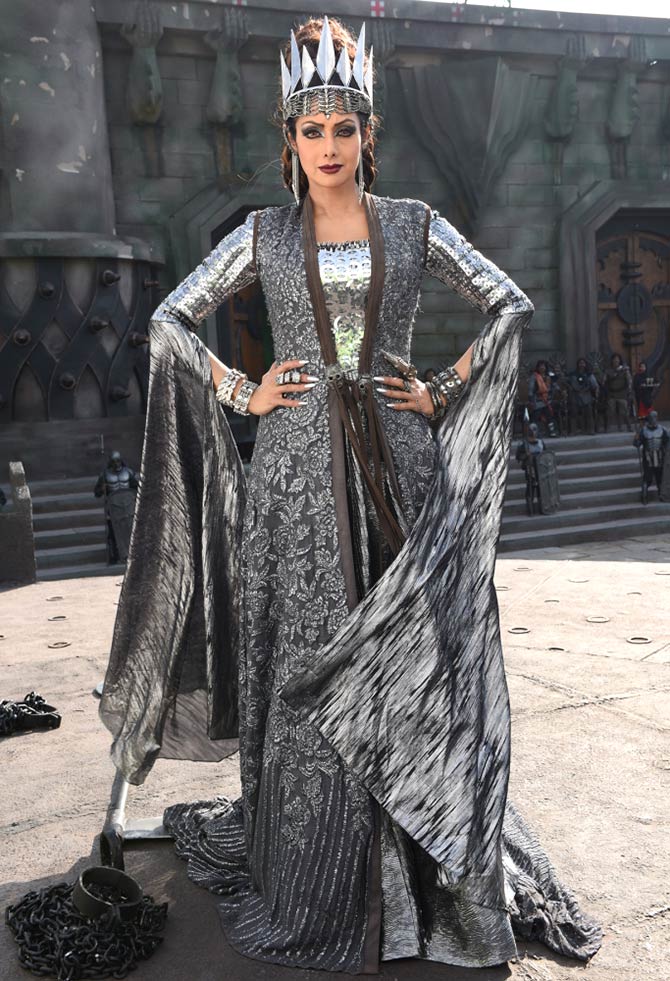 Here's one of Sridevi's many regal looks from Puli, in which she's wearing a crown-like accessory that , we suspect, may have been inspired from medieval war weapons. 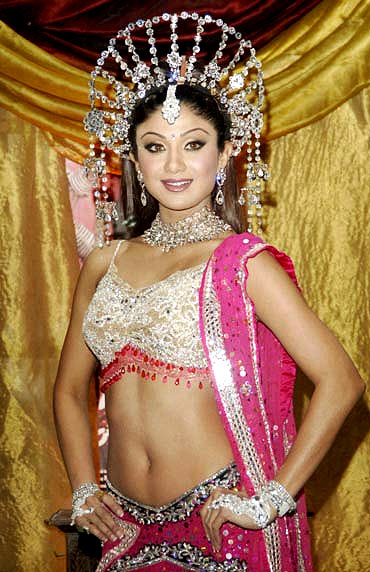 Back in 2007, while attending the photocall of her film Miss Bollywood - The Musical in London, Shilpa Shetty took the misguided risk of pairing her very desi lehenga with a bejewelled headgear that was probably displaced from the head of a Samba dancer. 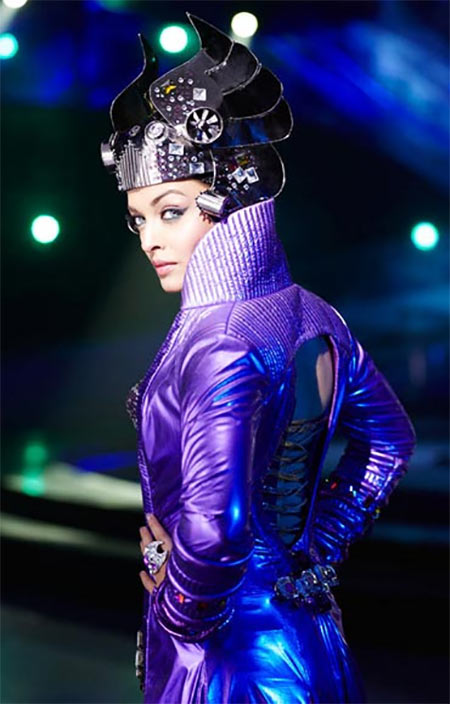 Then there was Aishwarya Rai Bachchan in Rajinikanth vehicle Enthiran in 2010, deciding to don this seemingly futuristic crown, when she decided to up her game given the limited scope of her role in the blockbuster. 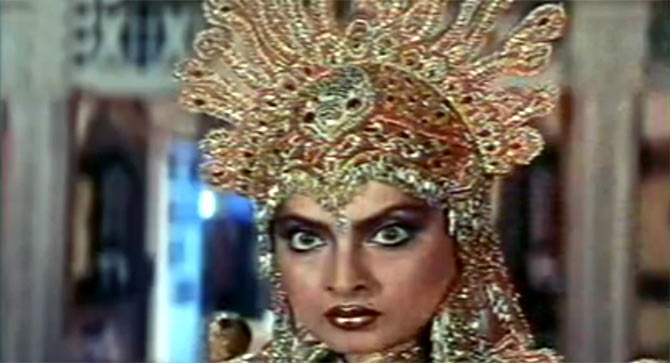 Rekha here, seen in her 1990 film Sheshnaag, seems hell bent on convincing us that she's got prosthetic fangs on her head. 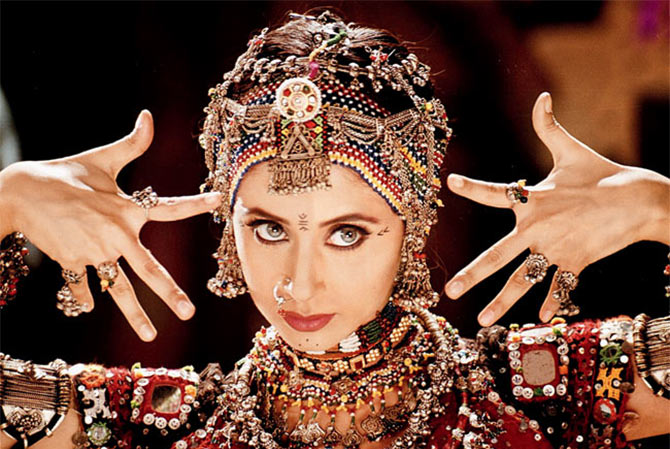 When Urmila Matondkar went Chhamma Chhamma in Chinagate, her head made the most noise we think. 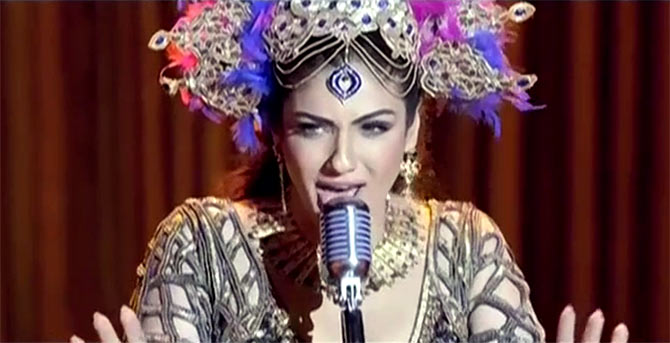 Trust Raveena Tandon to not leave anything to chance.

Making a fiery comeback in Anurag Kashyap's ill-fated Bombay Velvet, she put on this inexplicable headgear (jazz singers in 1960s Bombay dressed like that?) to play to the gallery. 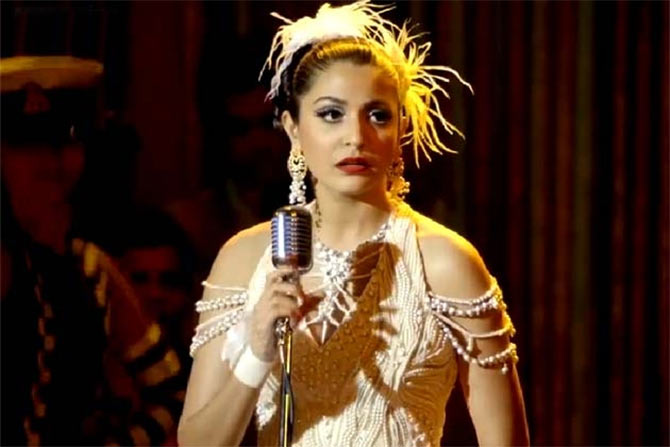 Then there was her costar Anushka Sharma, whose Rosie Noronha probably put a dead bird on her head for a performance that was forgettable at best. 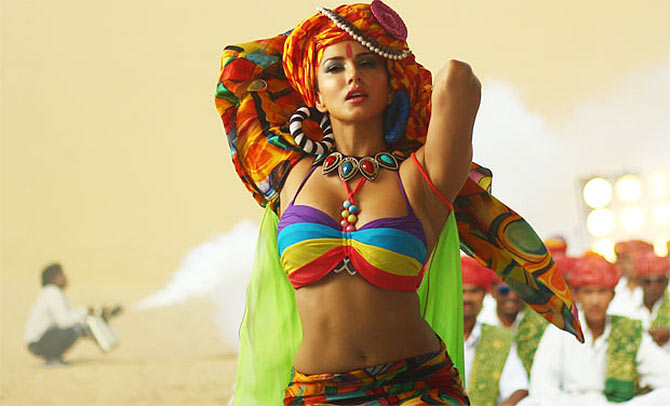 And how can we forget the sexy siren that is Sunny Leone, in one of her recent releases -- Leela Ek Paheli -- as she seduced us from dusty deserts, in this colourful head outfit. 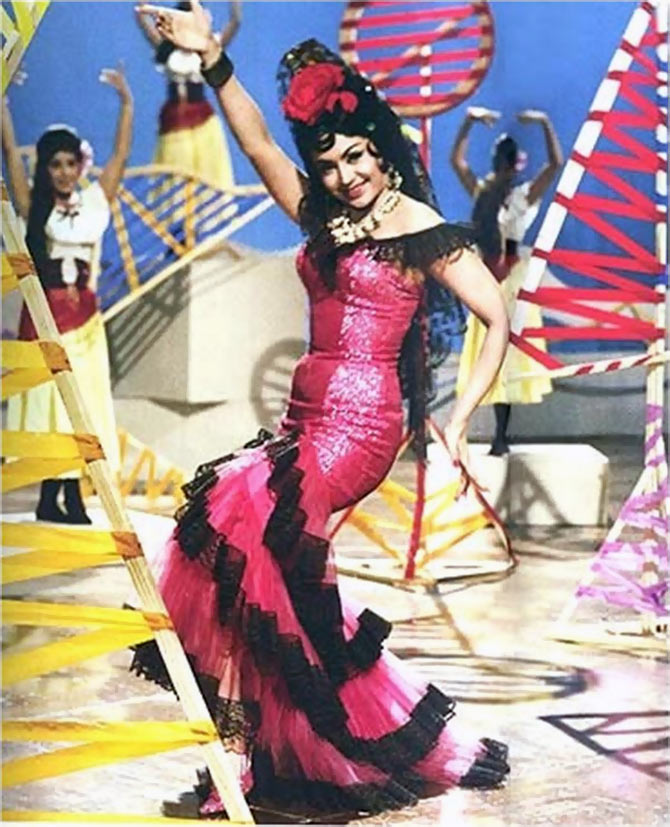 Here's Bollywood's original item girl Helen, rocking a massive rose AND a veil in Teesri Manzil like it's no big deal. 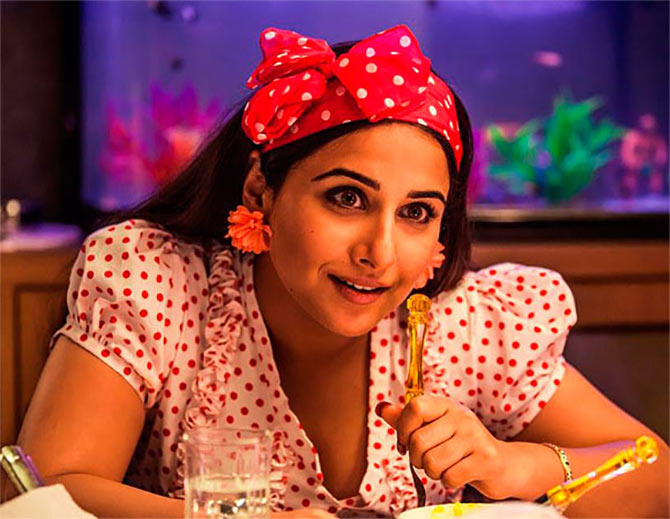 And finally, Vidya Balan as the hilariously badly dressed house wife in Ghanchakkar. 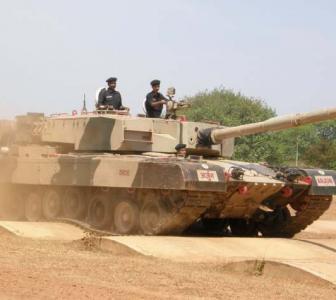 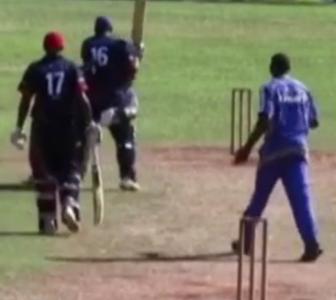 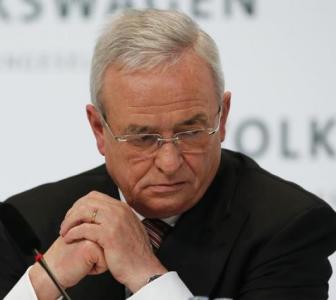 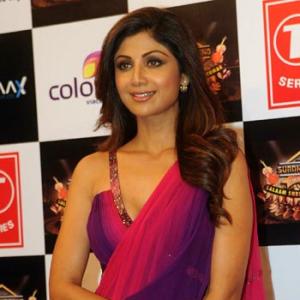 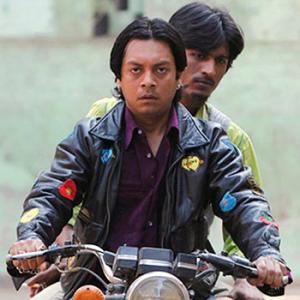