News
Business
Movies
Sports
Cricket
Get Ahead
Money Tips
Shopping
Sign in  |  Create a Rediffmail account
Rediff.com  » Movies » What Rishi Kapoor was like on his last film

What Rishi Kapoor was like on his last film

His sister has passed away.
'We were planning to reschedule the shoot according to his convenience, but he said, "No. The one thing I have learnt from my father is the show must go on".' Rishi Kapoor was never one to mention his illness and was always full of a positive attitude, recalls film-maker Honey Trehan as he fondly remembers working with the actor on his last film, Sharmaji Namkeen.

The film is produced by Excel Entertainment in association with Trehan and Abhishek Choubey under their banner MacGuffin Pictures. It is directed by debutant Hitesh Bhatia.

"It is a coming-of-age story of a 60-year-old man. It is about a middle-class man who wants to discover life after retirement. This film was meant for him, he is the DNA of the film. I was looking to work with Rishi sir for the longest time and I am glad this script clicked well," Trehan told PTI in an interview.

The producer said he was amazed by the actor's professionalism.

"He was so child-like, he was like a newcomer. He was so charged up. At the age of 67, he would shoot for 10 to 12 hours a day. There was no negative thought ever. There was no mention about his illness."

"And if you would ask him, 'How are you feeling?' He would say, 'How am I looking?' His attitude was commendable."

Asked if the shooting schedule was changed due to his health, Trehan said, "He never allowed it."

Trehan recalled that the Delhi schedule of the film was to start from mid-January and Kapoor was to arrive a day before. The actor's sister Ritu Nanda had passed away the same day.

"It was a tragedy in the family and he happened to be in Delhi. We were planning to reschedule the shoot as per his convenience and he said, 'No. The one thing I have learnt from my father is the show must go on'."

After roping in Kapoor, Trehan said, they approached Juhi Chawla who too was eager about working on the film.

Chawla is among the few actors with whom Kapoor extensively worked in the 1990s. The two starred in movies like Bol Radha Bol, Eena Meena Deeka, Daraar and Luck By Chance.

"To see them on screen together was so nostalgic for all of us," the producer said.

The team shot for the film till mid-February and when the lockdown was announced on March 24 they had to put their plans on hold.

"The film went on the floors in December in Mumbai, then we moved to Delhi and the last schedule was planned in Mumbai. But then COVID-19 warnings came and we were planning how to go ahead. We decided to wait and shoot once the lockdown lifted."

Trehan said a few days of shooting was left on the film with Kapoor.

"Sadly this is his last project and we are sure we will finish it somehow soon. We will bring it out to his fans. Once things settle down, we will sit with our team and decide what to do," he added. 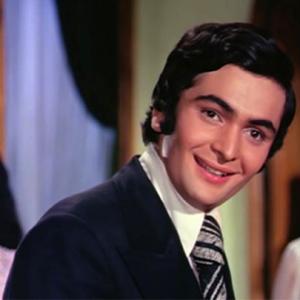 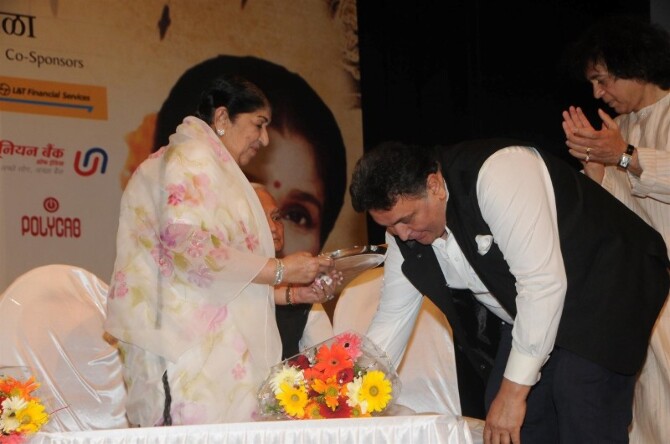