'We always know on whose house the raid was conducted, and how much money was recovered.'
'We never know what happens inside when the raid is going on.' IMAGE: Raj Kumar Gupta in a discussion with Ajay Devgn on the sets of Raid.

Raj Kumar Gupta's directorial debut Aamir in 2008 made everyone sit up and notice him.

He followed it up with the equally hard-hitting No One Killed Jessica three years later.

When he tried his hand at comedy, with 2013's Ghanchakkar, it failed. You made Raid five years after Ghanchakkar. Why the long gap?

I don't plan it like that. In fact, I wanted to make a film as soon as possible. My earlier films were made within shorter gaps, but this film took time.

I put in an effort to complete it quickly, but this time, I was late. I will try to make films faster next time. How much have you changed from the real life story?

It is inspired from a real story, but it's not totally real.

If I do that, it will look like a documentary. We have tried to give it a cinematic form.

When you make a film on any subject -- like in this case, it's the income tax department -- the story is not only about the department, it is also about the people who work there.

So, to do justice to the cinematic form, we have to take some liberties and make the film, and yet keep in mind the sincerity of the subject.

While doing the research, we met a lot of income tax officers, so we added those experiences too. IMAGE: The team goes through the day's script.

My attempt is to make a film on a story that inspires me.

If the story appeals to me and inspires me, then I think there are chances that the audience will also like it.

This story has touched me and I hope it touches the audience too. IMAGE: Ajay Devgn has a candid chat with Saurabh Shukla.

Was it difficult to get Ajay Devgn on board?

Ajay sir heard this idea and liked it a lot. So when we wrote the script, the first person we met was Ajay sir. He liked the script and the character.

We were on the same page when we talked about the character, that's why it was not necessary to approach any other actor for this role.

Ileana was also our first choice. When she heard the story, she was on board.

Saurabh sir (Shukla) is playing the antagonist. He loved his character too.

On whom is the story based?

We have based the film in Uttar Pradesh. 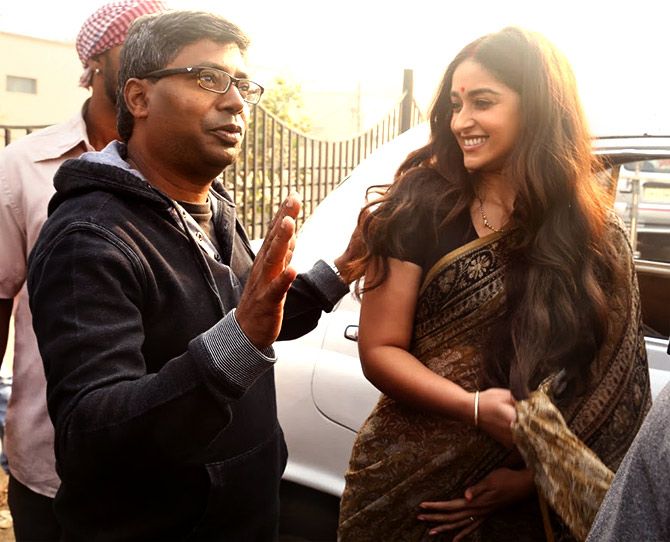 What have you shown in the film?

Raids are not always conducted by income tax officers; they can be conducted by the police and army also. But when we hear about raids, we think only of the I-T.

The other thing is that we always know on whose house the raid was conducted, and how much money was recovered.

We never know what happens inside when the raid is going on. We don't know the procedures.

This film will show all that.

When I was listening to the story, the first thing that came to my mind was what happens during a raid? No one knows that.

That is when I decided to talk to income tax officers and I came to know some very interesting facts, like how they treat the women during the raid.

Officers themselves don't like to raid people's houses because there are kids and women in the house, and they start crying.

I am the writer and director of all my films, but I have not written Raid. This has been written by Hitesh Shah.

When you make a film, it goes through three processes -- when you write, when you direct and when you edit.

I see my films in all three forms; it feels like I am making the same film thrice. 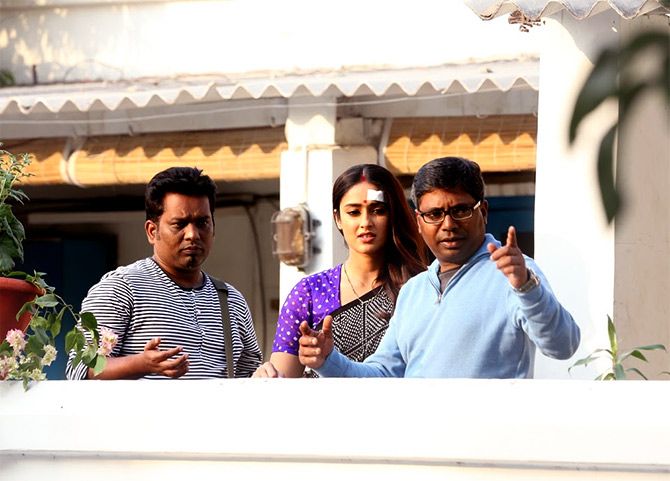 It was very difficult because you are showing things 38 years back.

Even if you go back a decade, things are constantly changing and evolving. Things that were there five years ago are not there now.

But I had a very good team working on it: (production designer) Rita Ghosh, (cinematographer) Alphonse Roy and (costume designer) Navin Shetty.

You can easily create the 1980s look indoors, but it is difficult when you shoot outdoors, on real locations. We faced a lot of challenges, but we managed it well.