News
Business
Movies
Sports
Cricket
Get Ahead
Money Tips
Shopping
Sign in  |  Create a Rediffmail account
Rediff.com  » Movies » What are Akshay and Bobby up to?

What are Akshay and Bobby up to?

The actors seem to be the new dosts in BollyTown.

When did Akshay Kumar and Bobby Deol become good friends?

The actors and their spouses Twinkle Khanna and Tania Ahuja Deol were spotted at a high end Chinese restaurant in Mumbai's BKC area with Sunny and Anu Dewan on Thursday, November 22, night.

Akshay and Bobby -- who earlier worked in Ajnabee and Thank You, Dostana -- will be seen in Housefull 4 which releases on Diwali 2019. 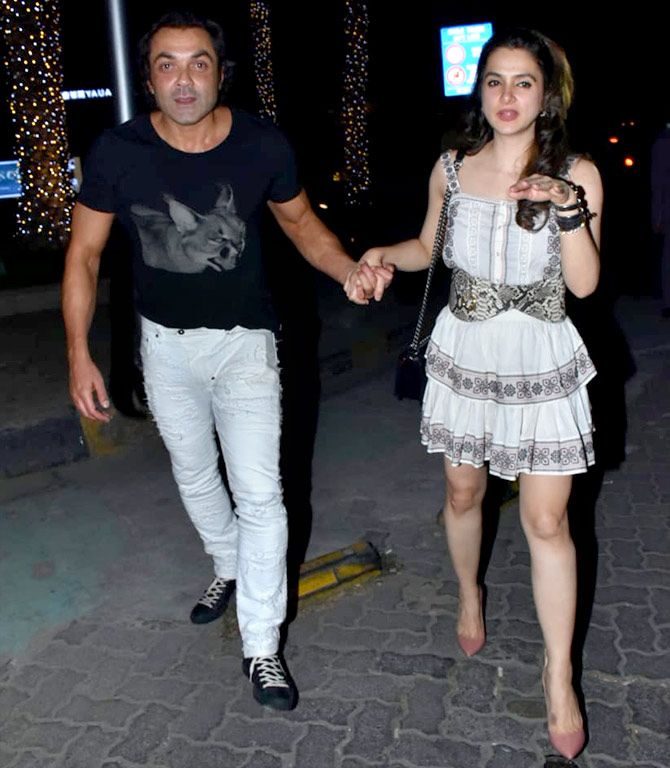 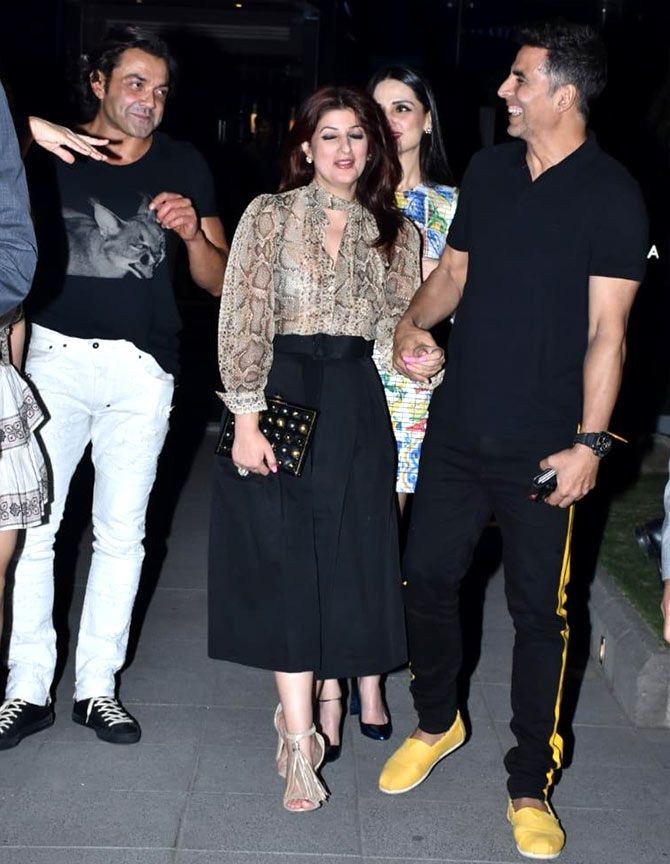 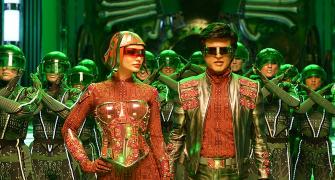 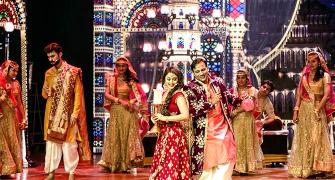 Why was Saif partying with Chitrangada, Nushrat... What are Sunny, Rekha, Tiger up to? The sexiest Thanksgiving pic you will see!