'What kind of education have we had if we can't treat another human being with equal respect?' 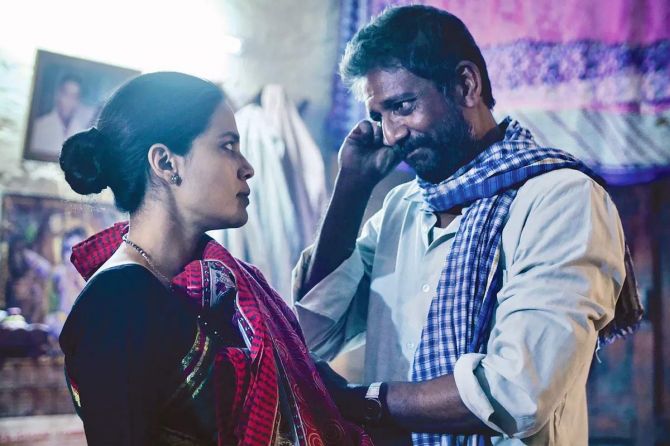 "I have a huge problem with this system," Adil Hussain tells Patcy N/Rediff.com, referring to the education system in India.

Adil recently starred in Pareeksha, about the class discrimination in education.

Pareeksha was on class discrimination in education. Your father was a teacher. What are your views on today's education system?

You and I are educated in this system.

This education system was put in place because they wanted an army of people to run this country, and they designed the system according to their needs.

Their education system did not include human values, wisdom or which would empower us to create our own ideas and views.

It was just to make us useful for them to run this country for them.

After 73 years of independence, we still have that system, which doesn't have integrity, basic honesty, sincerity, compassion and respect.

All those higher human values by thriving Indian mystics like Chaitanya Mahaprabhu, VivekanandA, Aurobindo or even the Sufis are not in this system.

We have become a corrupt bunch of people.

I just told you about how we treat the person who comes to work in our house. Everybody does it in India.

What kind of education have we had if we can't treat another human being with equal respect?

Each and every child has to go to the factory called 'schools' and they will be shoved with these subjects they are not interested in.

He doesn't want to do Mathematics. But he has to study Math or else he will not be able to sit in the board exams.

When will our education system be like where every teacher is good enough to detect the basic potential in a child, what that child is interested in and then facilitate the child to go to his fullest potential -- as a carpenter or a musician or a gardener or a potter or a mathematician or a physicist or whatever.

It used to be there before the British came in.

If I was interested in gardening, I would go and find a guru who would teach me gardening.

If I want to learn pottery, I could go to a potter and become an apprentice.

I have a huge problem with this system. IMAGE: Adil Hussain and Tillotama Shome in Raahgir - The Wayfarers.

What are your films Saving Chintu and Nirvana Inn about?

Nirvana Inn is a story of a person, whose guilt is so intense that he decides to leave his native place Assam and go to the Himalayas. But his guilt follows him there and makes him go through the trauma.

Certain people, who he thought were dead, have checked into the hotel where he became manager.

It's about what this guilt can do to you.

Saving Chintu is the struggle of a gay couple, who want to adopt a child from India and their struggle while doing it.

There is this other film, also very beautiful, about the poorest tribals who have absolutely nothing but their humanity.

It's called Raahgir - The Wayfarers by Gautam Ghose.

How a man and a woman -- they are not a couple but strangers who meet while going towards a town and they face a crisis.

A person desperately asks them for help and they have to choose between their children and their food. So they chose to help this person.

It is inspired from a short story by Prafulla Roy. 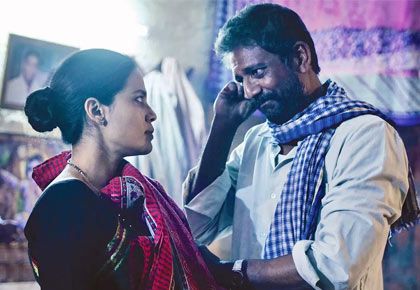