'Ironic that KK started and ended his career with Pal'

'It’s like he came on a Time Machine and left in the same vehicle.'
'A fairytale ending, but not a happy one.' 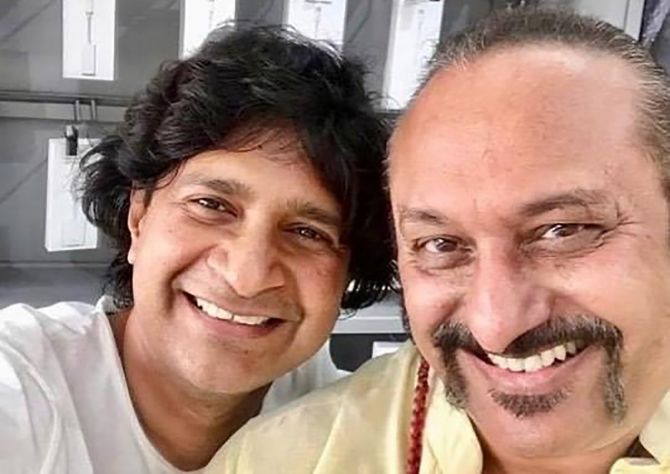 Composer Leslee Lewis was KK's mentor, the man who gave him his first solo album, which ironically turned out to be his last.

Leslee flashbacks to his early meeting with a young KK, whose hair reached his waist and a great voice, and who sang jingles for him.

"Pal and Yaaron Dosti were the cherries on KK's cake, but the cake itself was amazing. That is why the songs have resonated with every successive generation," Leslee Lewsis tells Rediff.com Senior Contributor Roshmila Bhattacharya.

KK, who had come down from Delhi, had reached out to Hariharan who sounded me out, 'There's this bright young singer, bahut achcha gaata hai (he sings well). Do you want to check him out?'

This was in the '90s, when I was recording two-three jingles a day and using a lot of new voices.

In response to my 'bhej do (send him across)' to Hari, KK came over to the studio.

He had a rock star image, with waist long hair, a warm, friendly and happy person with a great voice.

We connected immediately beyond music and he started singing jingles for me.

Even after he started working with other composers, he would keep coming back to Purple Haze, my studio then.

We would sit there or go out for coffee and chat about life in general.

That's how I mentored him and our music got made.

'I went to Sony Music with a tape of his jingles' 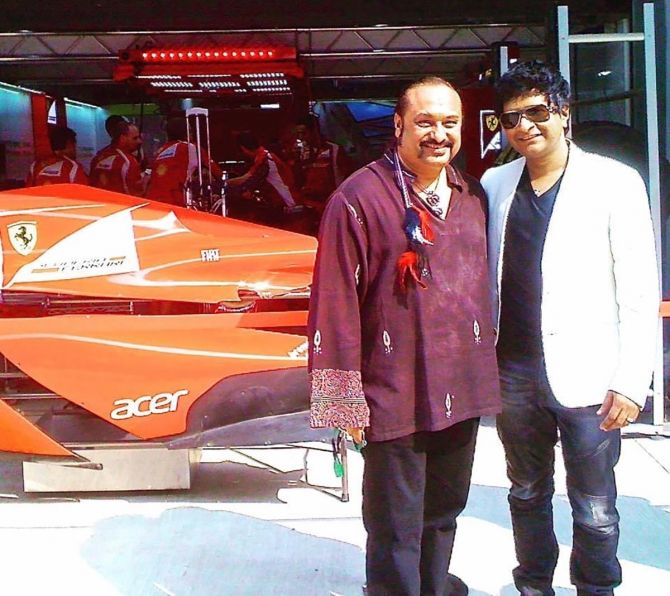 He would keep asking me to make an album for him, but I had too much work then and too little time.

One day, KK came to me saying a small audio company, which is no longer around today, had agreed to back his debut album.

I advised him to wait for a bigger label.

Such was his faith in me that he refused the opportunity that another artist would have definitely grabbed.

Meanwhile, Sony Music had entered India and knowing that they were scouting for a new talent, I approached them with a tape of all the jingles KK had sung for me.

They liked his voice and were ready to sign him on, provided I produce and arrange the album.

When I pointed out that my schedule was packed, they demurred, 'Well, in that case, let's see...'

I didn't want another opportunity to pass him.

Since I had always believed in KK as a singer and kept him by my side, I jumped on board.

'Kalyan and Rinku played with him for over two decades, performing at every concert, everywhere, right up to that last gig in Kolkata'

WATCH: The original recording session of the Yaaron Dosti song.

Pal was composed with a lot of love for a young kid.

I wanted to watch him fly.

It took a couple of months because the album had eight songs and KK would come home, sit with me and learn how to sing them.

Even Lataji (Mangeshkar) and Ashaji (Bhosle) would learn their songs, and go for rehearsals before they came to the studio.

That's what I wanted from KK too.

I even created a band for him, with Kalyan Barua as the guitarist, Rinku Rajput on the keyboard, Karl Peters on bass and Kurt Peters as the drummer.

Karl and Kurt couldn't tour, but from that day, Kalyan and Rinku played with him for over two decades, performing at every concert, everywhere, right up to that last gig in Kolkata.

That's the kind of person KK was. Once he believed in you, he stuck with those he considered his own.

I have clips from the recording of Pal and Yaaron Dosti in the studio shot with a digital camera I had just bought in Singapore.

In one clip, the camera is stuck on me because I was the celebrity then while KK was a young kid whom no one knew, till I got him into the picture.

The lyrics weren't written then so you hear him singing only 'La La La' on the track I had composed. KK would hang out with Kunal, Clinton Cerejo and several others at my studio and Kunal, who was close to Bhansali, knew that the film-maker was looking for a new singer with Sufism in his voice.

Even today, when I look at Kunal, I marvel at his big heart in this competitive world.

KK went on to sing for several music directors in many films, an amazing array of songs which given his versatility was not surprising.

'He always valued himself and never sang for free' When it comes to a chance in Bollywood, most singers are willing to sing for free.

I know of a situation where five-six singers were asked to sing the same song, all known names, and they all sang for free, hoping their voice would be selected.

But while many other artists would sing anything, anywhere, just to go up the chain, KK would say, 'This is my job and this is what you need to pay me.'

He valued himself and never sang for free.

He was also never in the glam media and did not get into any kind of politics.

Like it is with me, music was his religion.

We are missing him today for the music he made.

On the day he passed away, two-three RJs called me and were crying during the interviews because a part of their lives connected to his songs was gone.

It was a personal loss. 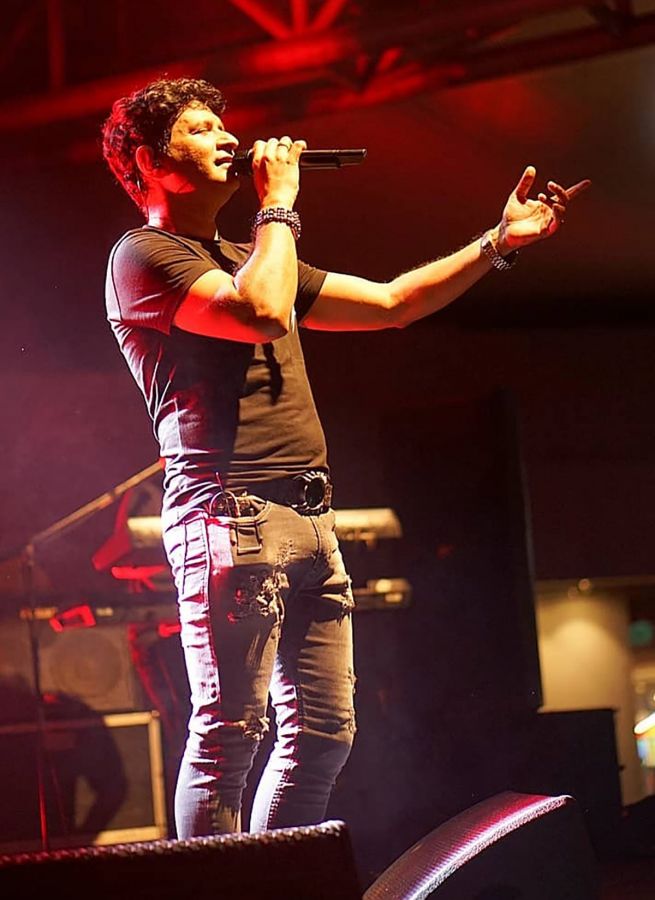 With Pal, KK's career took off.

It makes me happy that so many of those connected with me, be it KK or Sunita Rao, the Band of Boys or my Colonial Cousin Hariharan, have flown into their own spaces.

Even Ashaji (Bhosle) reinvented herself from a Bollywood playback singer to an independent artiste with Jaanam Samjha Karo.

I call Sunita Rao's Pari Hoon Main the national anthem of Gujarat because no dandiya function is complete without it.

Today, even a new singer like Kavya Jones, whom I have mentored, is grabbing views, awards and Rolling Stones tweets with my song, and without any promotion.

Moulding stars is my job.

But I also know that without these great voices, a song would not be great.

Pal and Yaaron Dosti were the cherries on KK's cake, but the cake itself was amazing. That is why the songs have resonated with every successive generation.

As a mentor for IIMUN (India's International Movement to Unite Nations), I have been performing for 15-year-old kids in five-six cities every year for a decade now, and every time I sing Pal and Yaaron Dosti, they scream and sing louder than me.

But today, I find it strangely ironic that he started and ended his career with Pal.

It's like he came on a Time Machine and left in the same vehicle.

A fairytale ending, but not a happy one.

I plan to catch up with him some day again.

He always told me he made the best dosaS and would make me some.

He still owes me that dosa. 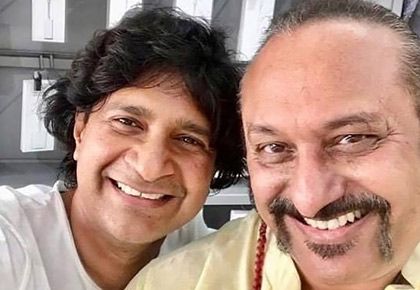 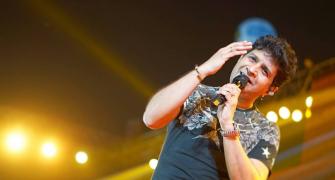 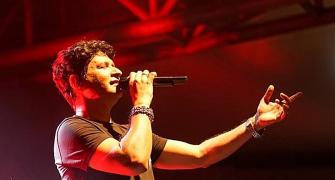 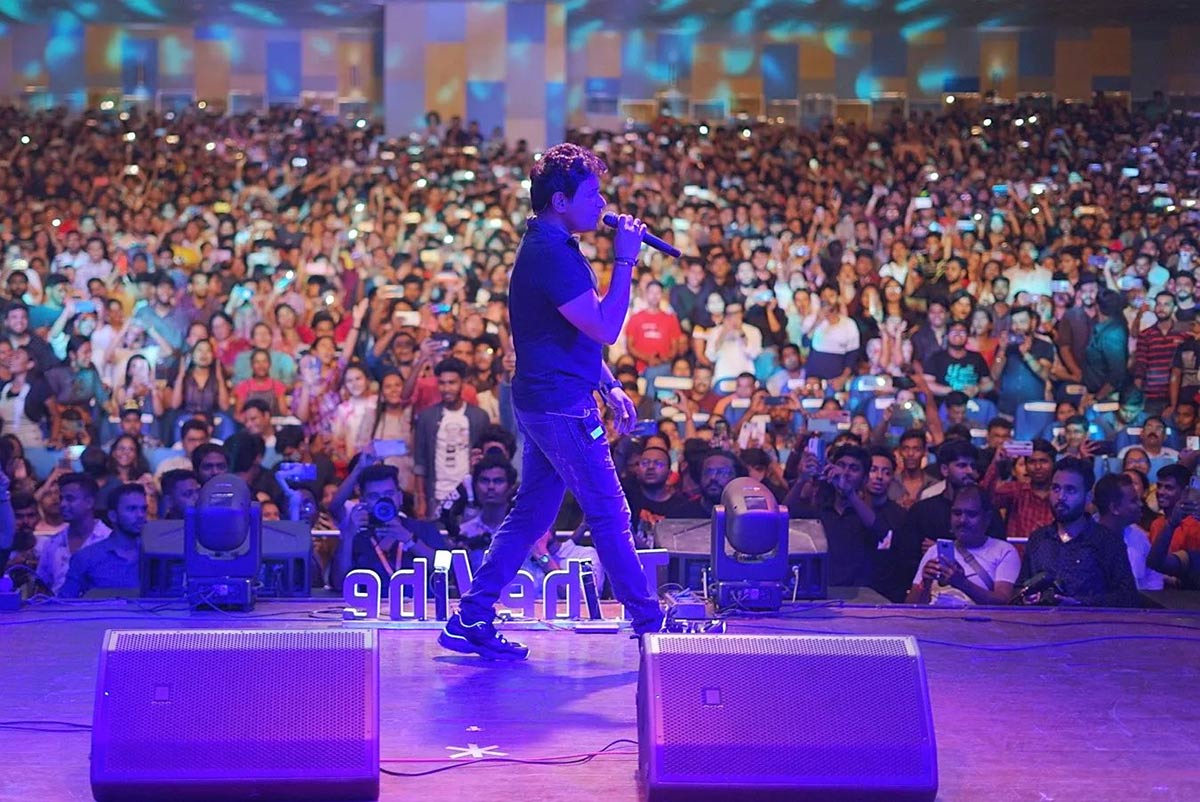 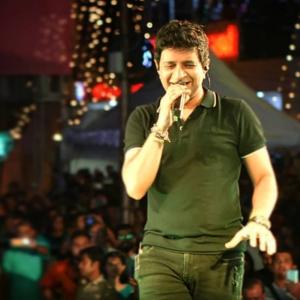