Salman Khan made a trip to the Metro yard at DN Nagar, Andheri, north west Mumbai, to promote the 13th season of the popular reality show Bigg Boss.

Now, it's not everyday that one sees Salman get off a train, so he was greeted by dhols and dance!

The superstar sportingly joined in, and even sang for those gathered.

And then he made the big reveal about the twist on Bigg Boss 13.

Watch the video to know more.

"While everyone says 13 is unlucky, it has been lucky for me," Salman says. "All good things happen on the 13th for me."

Joining Salman on stage were Ameesha Patel -- who promised to bring a dhamaka on the show -- along with Arjun Bijlani, Pooja Banerjee and Sana Khan. 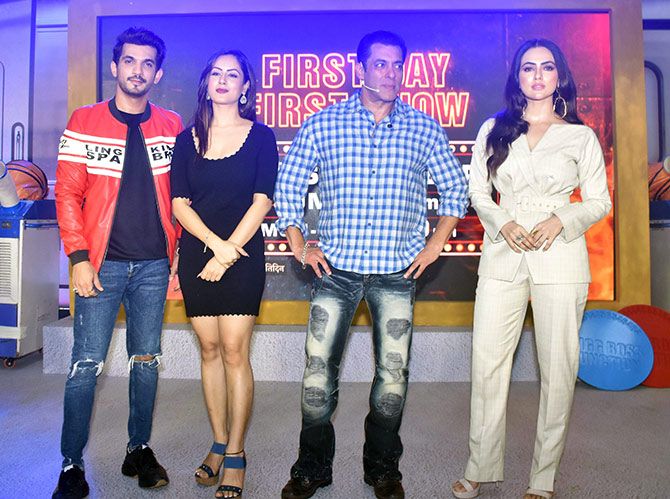 Will they be contestants on the show?

Television actress Pooja Banerjee, Salman jokes, asked for too much money so she wasn't selected as a contestant.

Arjun, on the other hand, 'makes more money outside', so he doesn't need to be on the show, Khan adds. 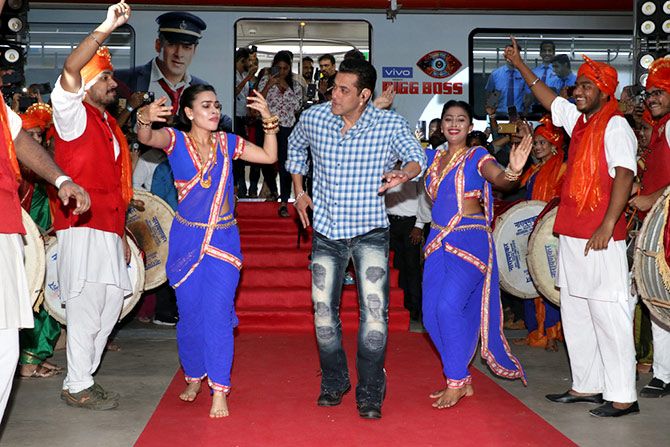 Salman wondered if Arjun Bijlani was related to his former girlfriend, Sangeeta Bijlani, adding to the laughs. 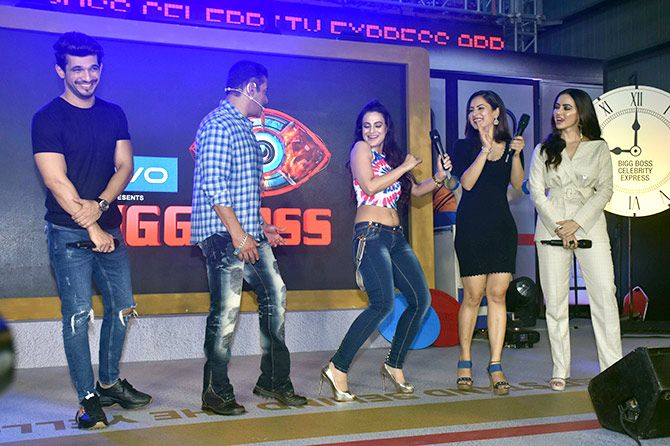 'You are going to see a lot of me on Bigg Boss,' Ameesha promises. Bigg Boss 13 will be shot in Mumbai's Film City for the first time.

"Lonavala and Khandala received a lot of tourism and employment because of Bigg Boss but it was a challenge to handle the huge team," Salman explains. "At Film City, getting the resources will be easier and there is cost-cutting too. The travel will also be easy for the stars when they come for promotions."

Bigg Boss 13 will premiere on September 29 at 9 pm on Colors. 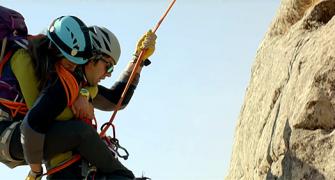 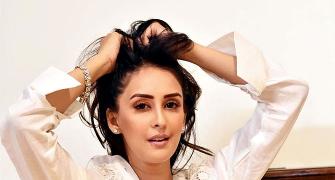 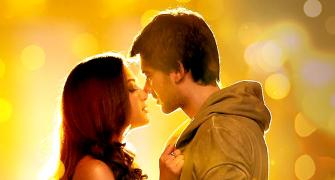 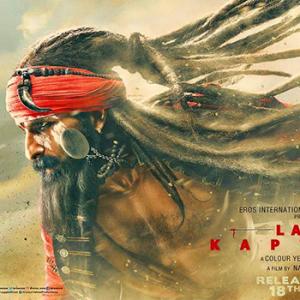 Can you guess which actor this is? 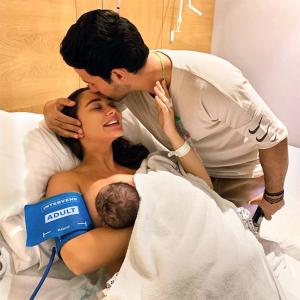