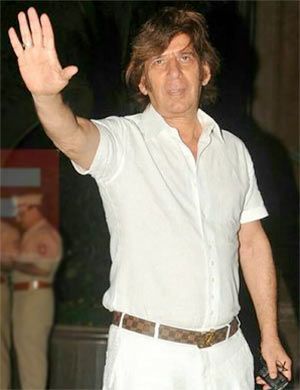 Noted comedian Razak Khan, who acted in films like Hello Brother, Baadshah and Hera Pheri, is no more.

Khan was rushed to the Holy Family hospital in Bandra today morning after he suffered a massive heart attack. However, the doctors declared him dead on arrival.

His son Asad Khan is set to arrive from Croatia today.

The talented actor, who worked in more than 90 films, made his Bollywood debut in 1993 with Boney Kapoor's production venture Roop ki Rani Choron Ka Raja.

In 2014, Razak Khan even appeared on the popular television show Comedy Nights With Kapil.

As soon as the news about his demise broke out, stand-up comedian Kiku Sharda expressed his grief on Twitter. National award winning filmmaker Hansal Mehta tweeted, "Sad to hear about passing away of Razzak Khan. His finest performance in 'Dubai Return' with @irrfan_k unfortunately remains in the cans.'

Actor Ashish Chowdhry also tweeted: 'He was always on a treadmill beside me in my gym.Even a coupla days back.Such a positive,happy man.Gonna miss u Sir.'

Khan's funeral will held in Narialwadi Kabaristan, Byculla, after 4 pm on June 2.