When Gadar-Ek Prem Katha released 20 years ago on June 15, 2001, not many could understand the film's title.

But it did not matter as Anil Sharma's love story with a patriotic angle is remembered till date. While the promo met with a very good response, the film found further hype coming its way as its release clashed with the Aamir Khan starrer Lagaan.

The clash was special since it happened a decade after the Ghayal versus Dil clash of 1990. Both films emerged as huge hits back then and the trade pundits were confident of a repeat.

While Ashutosh Gowariker's drama was set in the British Raj and was made for about Rs 25 crore (Rs 250 million), Anil Sharma wrapped up his action entertainer in less than Rs 20 crore (Rs 200 million). Gadar set the record for the highest net collections ever of over Rs 75 crore (Rs 750 million), beating Hum Aapke Hain Kaun which had accumulated Rs 72 crore (Rs 720 million) in 1994. Sunny Deol was a major superstar at the time of the film's release. Four months later when his next film Indian opened, not only did it take a better start than Gadar, but it also became a solid hit at the box office. Ameesha Patel suddenly became the toast of the season, as Gadar followed the blockbuster success of her debut film Kaho Naa... Pyaar Hai. Anil Sharma reunited with Sunny Deol in The Hero: Love Story of a Spy, which became a decent success.

He brought the entire Deol family together for Apne, another hit.

But his next film with Sunny Deol -- Singh Saab the Great -- did not work. Now, they are working together in Apne 2.

Anil Sharma is the only film-maker to have worked with the three Deols, in a single film (Apne) as well as separately.

He made Hukumat with Dharmendra, Gadar with Sunny and Ab Tumhare Hawale Watan Saathiyo with Bobby Deol.

He was launched by his father in Genius where, as the title suggests, he was seen as a tech savvy 'genius,' who took on Nawazuddin Siddiqui. 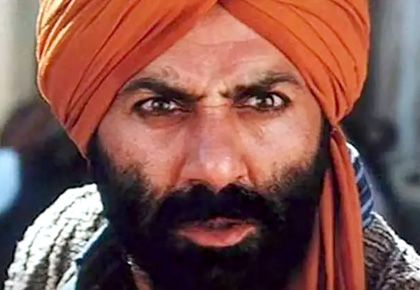