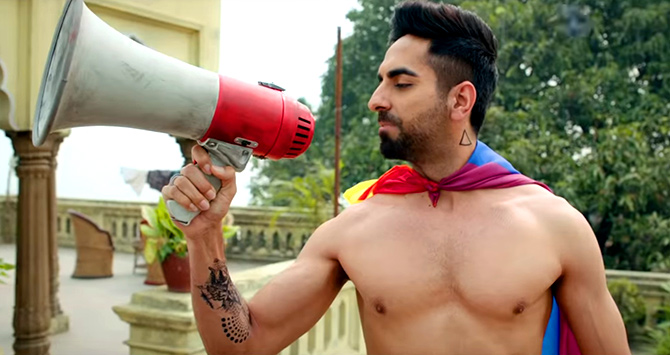 After back-to-back hits -- Dreamgirl and Bala -- in 2019, Ayushmann Khurrana returns with a romantic comedy on homosexuality and how it is still frowned upon in Indian society.

While the former openly accepts his sexuality and is ready to fight the world for the love of his life, the latter doesn't know how to handle the situation as his conservative, middle-class family refuses to accept his sexual orientation. 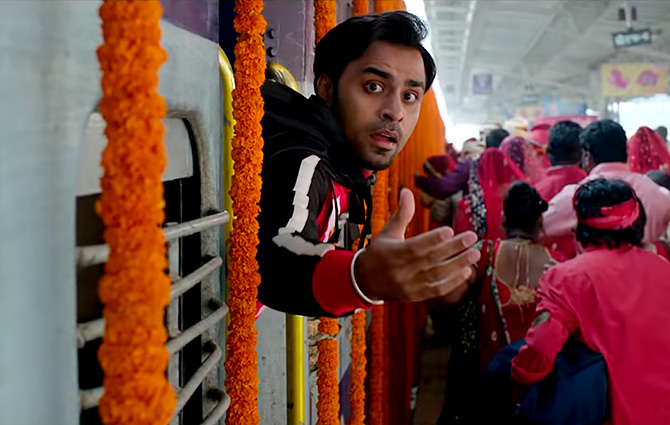 In the trailer, we are introduced to Kartik (Ayushmann) and Aman (Jitendra), along with the latter's not-so-understanding educated parents, played by Gajraj Rao and Neena Gupta.

Despite professing his love for Kartik, Aman's parents are hell-bent on getting him married to a girl and even find one.

Aman initially goes along with their plan, but Kartik isn't ready to give up on their love.

This leads to a whirlwind ride filled with drama, emotion and, of course, humour. 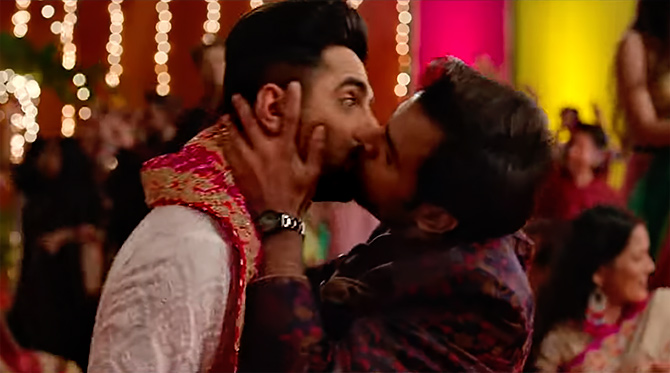 Ayushmann is in top form and impresses with his act. From nailing his comic timing to carrying off a nose ring with swag, he does it all effortlessly.

Jitendra also makes his mark in the trailer.

He doesn't mouth dhamakedaar dialogues like Ayushmann, but engages you with his innocence and sincerity.

Jitendra is definitely going to break out big in Bollywood after this film. 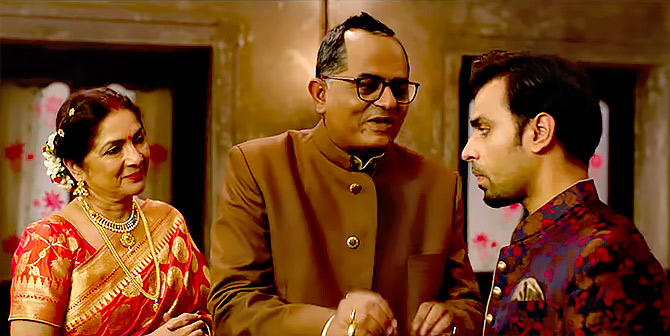 Gajraj Rao and Neena Gupta should be cast together in every film because their chemistry is just so good!

Their comic timing is bang on!.

The makers have done a fine job in the music department too.

The remix version of Bappi Lahiri’s chartbuster Pyar bina chain kahan reh instantly adds that zing to the trailer. There is a peppy Punjabi dance number which seems fun and addictive and will grab your attention.

Overall, Shubh Mangal Zyada Saavdhan has all the ingredients of a successful film with a lovely message.

Will this film become Ayushmann's next blockbuster? We'll know when the film releases on February 21.

Namrata Thakker has been covering the entertainment beat for more than seven years. She can be contacted at movies@rediff-inc.com 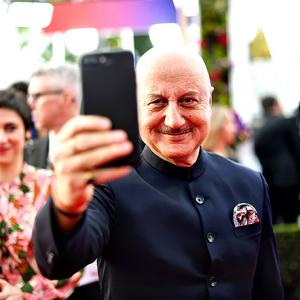