'I think the writer did not have to do much work because Kapil would come to the sets, spontaneously change the dialogue and add a new punch. One had to be very alert while working with him because you wouldn't know how he would improvise his lines.'

There's a reason why Kapil Sharma looks so troubled on the posters of his debut feature film, Kis Kisko Pyaar Karoon -- he's surrounded by gorgeous women and he apparently cannot choose!

One of those gorgeous women is Simran Kaur Mundi.

The Punjabi girl, who has graduated in Biotechnology, has already appeared in Hindi films but has not tasted box office success yet.

She introduces herself to Patcy N/ Rediff.com. 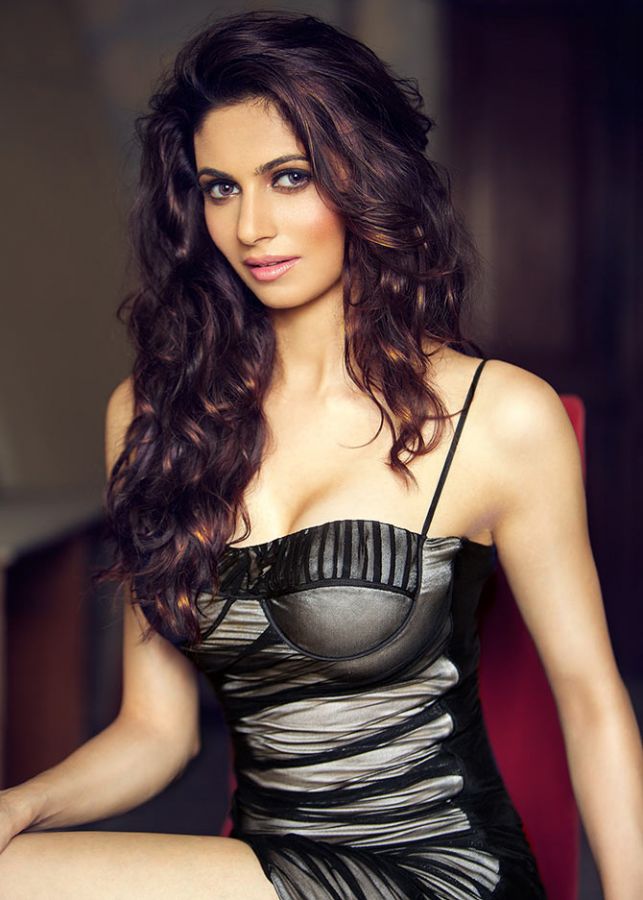 I wanted to be a doctor or a lawyer but later decided to take up Biotechnology in college.

After graduation, I decided to get an MBA degree.

On the side, I took up a job with Mumbai's Fame Adlabs theatre. My job was to manage tickets of celebrities and to care for them, like get them popcorn.

Bharat and Doris, who work for the Miss India pageant, spotted me there and asked me to participate in 2008. I thought I was not cut for it because I had seen Aishwarya (Rai Bachchan), Sushmita (Sen), Lara (Dutta) and Priyanka (Chopra) and always see them as hoor paris (angels). I didn't think I would fit in that league.

But I grabbed the opportunity anyway and participated in the pageant. I looked at it as free grooming classes.

My mother was very excited; she has always supported me with everything. In fact, to see me on that Miss India platform was her dream come true more than mine!

I won the title, and went for the Miss Universe contest. Since then, my life has been a roller coaster ride. Before I knew it, I was doing it.

'Initially, I did not want to act' 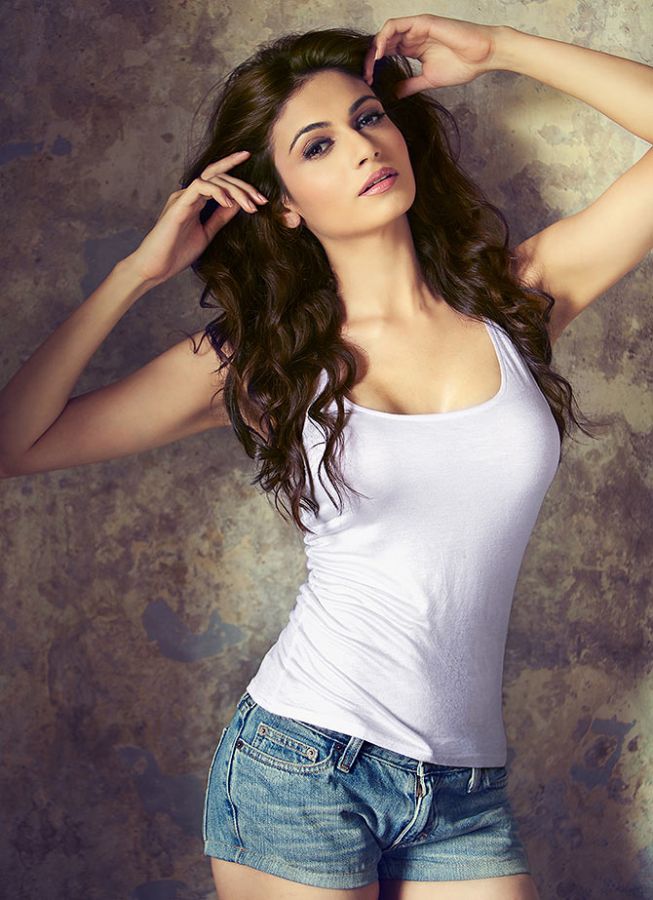 Initially, I did not want to act. Every Miss India ends up becoming an actor, so I wanted to do something different.

I had done everything that modelling had to offer, walked the ramp for the biggest designers, was the show-stopper in many... I wanted to grow in life. I wanted to do something more exciting.

So I decided to take up acting.

I did my first film Jo Hum Chahe in 2011. In the last five years, I have done six films.

I did Bijoy Nambiar's film Kuku Mathur Ki Jhand Ho Gayi last year. He wanted to cast me in Shaitan but I was travelling at the time.

The makers of No One Killed Jessica wanted to cast me as Jessica but I was travelling at that time too.

'Things have been a little easy for me' 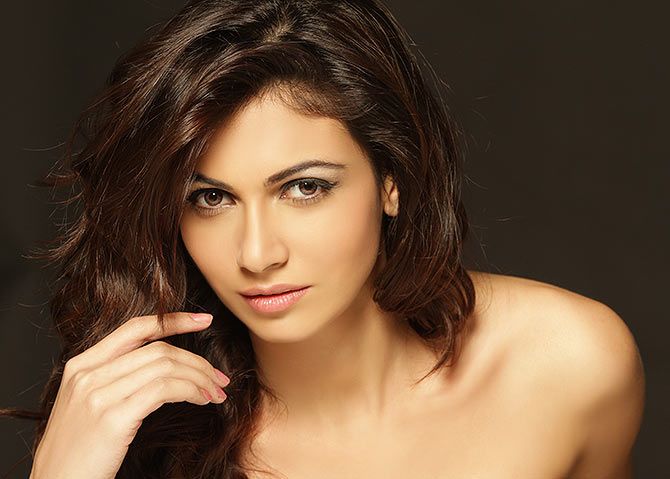 Things have been a little easy for me. Miss India happened overnight and so did films.

But I have had my shares of struggles. Sometimes you don't get the kind of roles you want. Getting a movie is not difficult but getting the kind of movie you want to do is difficult.

After my first Hindi film, I did a Punjabi film named Best of Luck because I wasn't getting the kind of roles.

The Hindi films that I was offered just required me to be a pretty face. So I made a conscious decision to look for films that had more to offer.

I did a small role in a Telugu movie called Potugadu because I wanted to understand the language and know the market down there.

The Punjab movie industry functions from Mumbai, so you don't have to be in Punjab to work in that industry. But the south Indian industry functions in the south. So travelling was a kind of restriction. I had to live down south for about six months and leave everything in Mumbai. That was tough because I had a lot of work here.

'I bonded well with Manjari Phadnis and Sai Lokur' 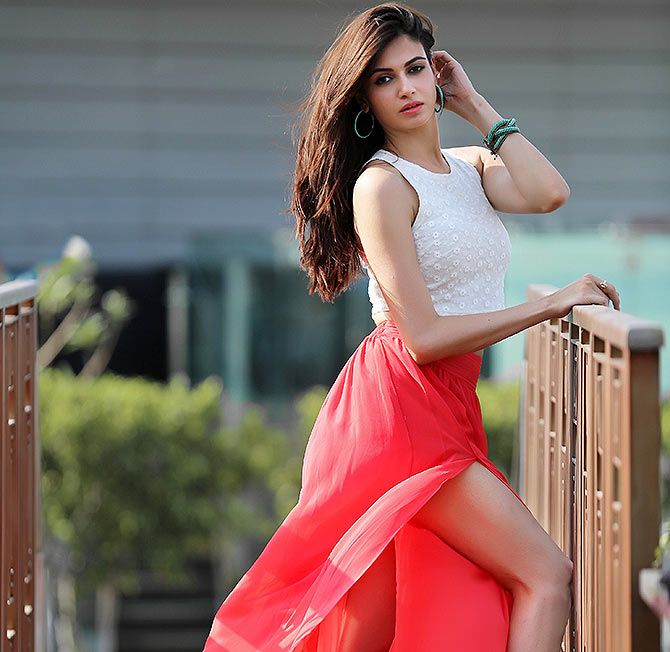 It's funny how I got Kis Kisko Pyaar Karoon.

I met Abbas and Mastan, along with many others, and chatted about Gujarati thalis, Punjabi food, the weather, random things.

Half an hour later, Abbas and Mastan said I was right for the role.

Usually, one has to go through a look test to see if you fit the character.

But they started discussing my contract and remuneration. That's when it struck me that I was finalised for the role!

Abbas and Mastan are so experienced in this industry that if they speak to someone for 20 minutes, they can visualise that person in a film character.

In this film, Kapil Sharma has three wives and one girlfriend. I play his first wife, and the one who loves him the most.

Manjari Phadnis and Sai Lokur play his other wives, and Elli Avram plays his girlfriend. All of us bonded really well.

'Abbas and Mastan are two people but they think alike' 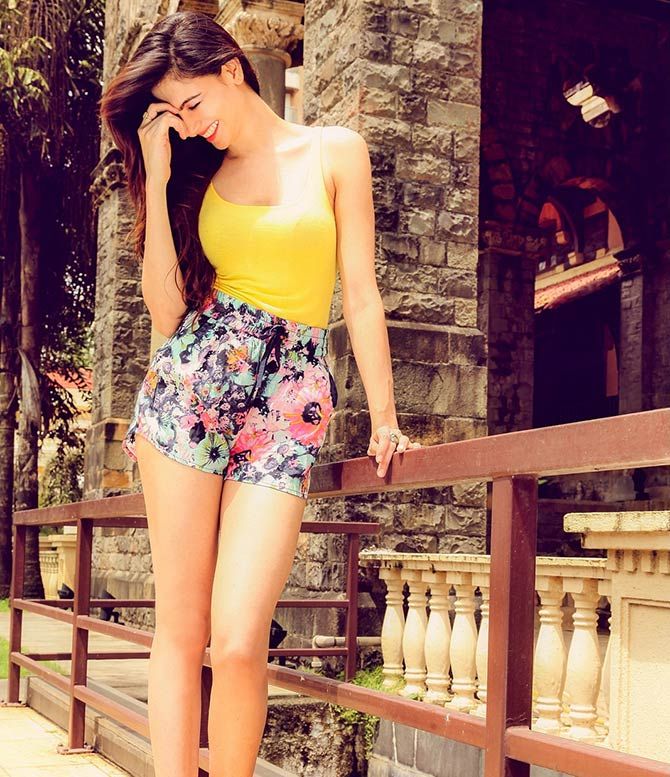 Kapil is very much like how he is on Comedy Nights with Kapil.

He is very witty.

Honestly, I think the writer did not have to do much work because Kapil would come to the sets, spontaneously change the dialogue and add a new punch.

One had to be very alert while working with him because you wouldn't know how he would improvise his lines. To match his wit is really challenging. Thankfully, I had a script.

Abbas and Mastan are two people but they think alike. Their third brother Hussain also thinks like them. They have the view points. They are also very humble.

'If you shoot a romantic song with so many people around, who were hooting, you get conscious' 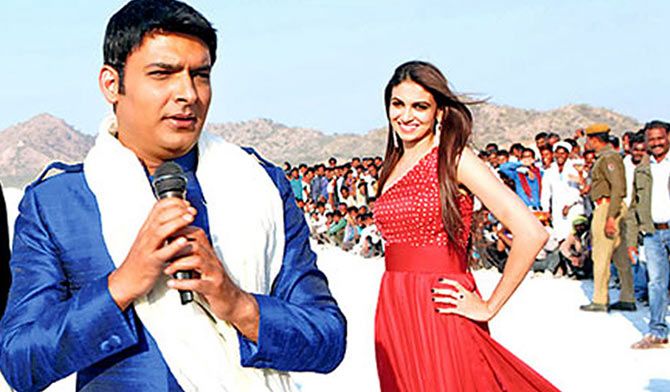 The most difficult scene was the love song Samunder, which Kapil and I shot in Rajasthan. People somehow came to know that Kapil was shooting in the area and thousands of them descended on the sets. They just did not let us shoot!

If you shoot a romantic song with so many people around, who were hooting and commenting, you get conscious. I was worried whether my dress was alright.

There is another scene when I push Kapil against the wall. While shooting the scene, my hand hit a glass frame on the wall and cut my finger. The bleeding would not stop! We tried everything -- from haldi to antiseptic cream -- then Kapil suggested we apply chunna (limestone). Then the bleeding stopped.

Apart from films, I will start a wedding planning company at the end of this year.