The women who won Cannes

And other top moments from the closing of the 70th Cannes Film Festival. 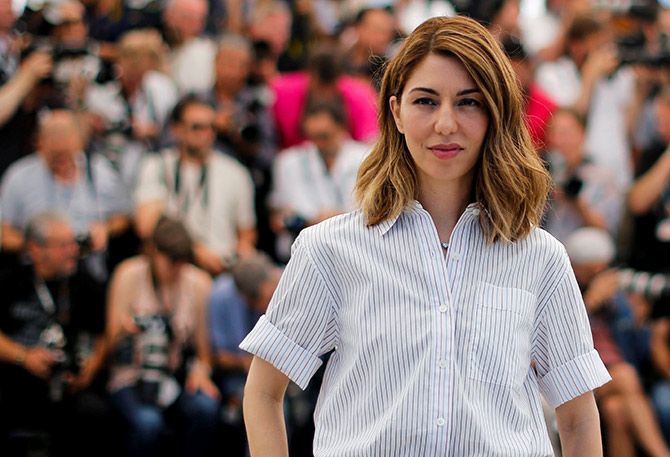 IMAGE: Director Sofia Coppola at the photo call for The Beguiled.
In 2003, Coppola, daughter of filmmaker Francis Ford Coppola, received the Academy Award for Best Original Screenplay for Lost in Translation, and became the third woman to be nominated for an Oscar for Best Director.
Photograph: Regis Duvignau/Reuters.

Sofia Coppola brought a long overdue moment to the Cannes Film Festival on May 28, becoming only the second woman in the festival's 70-year history to win the Best Director Prize.

She did so with her ensemble film The Beguiled, starring Nicole Kidman, Kirsten Dunst and Colin Farrrell. The last woman filmmaker to win this award was Yuliya Solntseva in 1961 for The Chronicle of Flaming Years.

'Gender inequality is one that's present on every level of the industry: from blockbuster cinema, to the glitz of the Academy Awards, to the European sophistication of the Cannes Film Festival,' The Independent wrote after the awards ceremony. 'Though many significant works by female directors have passed through the festival, they're rarely rewarded during the closing prize ceremony; hopefully, that's a fact that will change soon.' 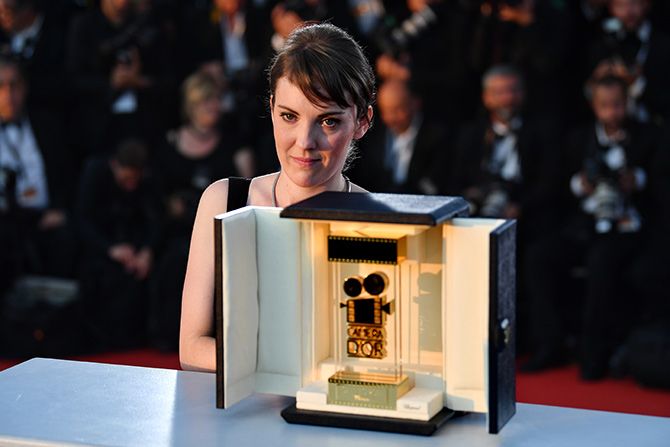 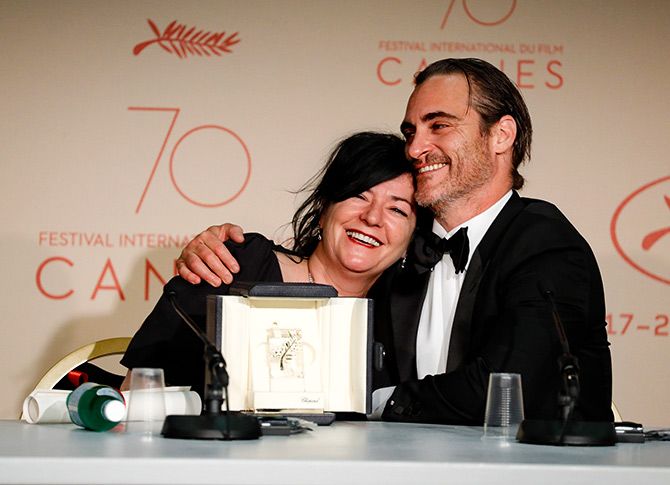 Happily for gender equality, the winner of the Camera d'Or -- awarded to the best first film from any section of the entire festival -- was Leonor Serraille for Jeune Femme, while the Best Screenplay Prize was shared between Lynne Ramsay for You Were Never Really Here and Yorgos Lantimos for The Killing of a Sacred Deer.

Nicole Kidman, who appeared in four films at the festival this year, including The Beguiled and The Killing of a Sacred Deer, won a Special Anniversary Award. 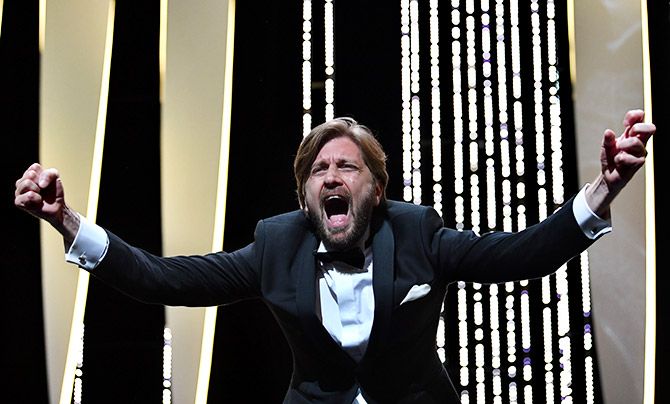 IMAGE: The Palme d'Or for his movie The Square was a surprise for its director Ruben Ostlund too.
Photograph: Pascal Le Segretain/Getty Images.

In keeping with a year that witnessed much debate and deliberation about how we define cinema in the age of Netflix, the top prize this year also went to an unexpected movie. The nine-member jury led by Spanish director Pedro Almodovar picked Swedish satire The Square as the recipient of the Palme d'Or.

The Square, with a 2 hours 20 minutes run time, is a satirical drama about an art installation and the publicity around it.

In the film, Christian (Claes Bang) is the respected curator of a contemporary art museum, a divorced, but devoted father of two who drives an electric car and supports good causes.

His next show is The Square, an installation which invites passersby to altruism, reminding them of their role as responsible fellow human beings. But sometimes, it is difficult to live up to your own ideals: Christian's foolish response to the theft of his phone drags him into shameful situations.

Meanwhile, the museum's PR agency has created an unexpected campaign for The Square. The response is overblown and sends Christian, as well as the museum, into an existential crisis.

Almodovar, who hailed its themes as 'completely contemporary', said, 'Such a serious subject is treated with such incredible imagination -- it's very funny.'

'A ripple of shock ran through the press room at the Palais des Festivals when the Spanish director Pedro Almodóvar, the president of this year's jury, announced the result,' the Daily Telegraph wrote. 'Few here expected Östlund's film to triumph, even though it was widely praised by critics from publications around the world.'

The win surprised even its director Ruben Ostlund, who got up on stage and shouted 'Oh my God, oh my God!' 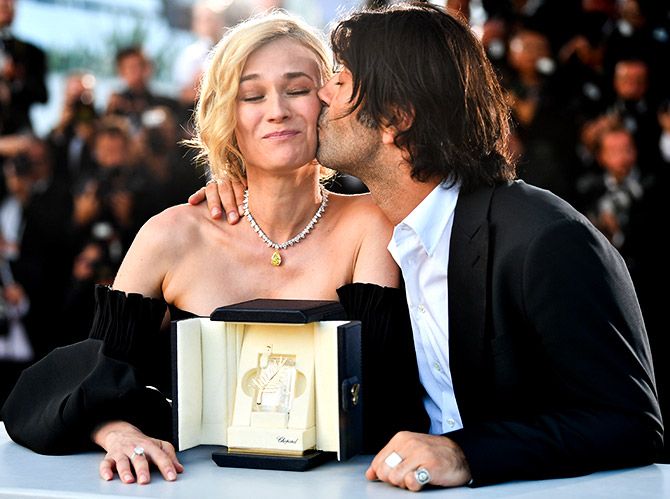 The runner-up to the Palme d'Or or the Grand Prix went to the frontrunner 120 Beats Per Minute, a French drama about the activists who helped shame the world into action on AIDS.

The Jury Prize, or what is effectively the third place award, went to Andrey Zvyagintsev's Loveless, a drama about moral rot in Vladimir Putin's Russia.

The Short Film Palme d'Or was picked up by Qiu Yang for A Gentle Night.

Diane Kruger won the Best Actress award for In the Fade, her first film role in her native German, and three-time Oscar nominee Joaquin Phoenix took the Best Actor for You Were Never Really Here.