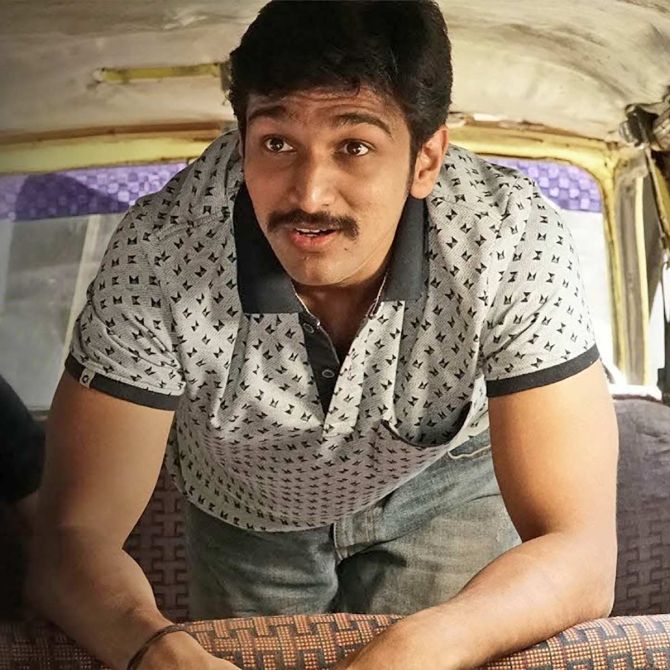 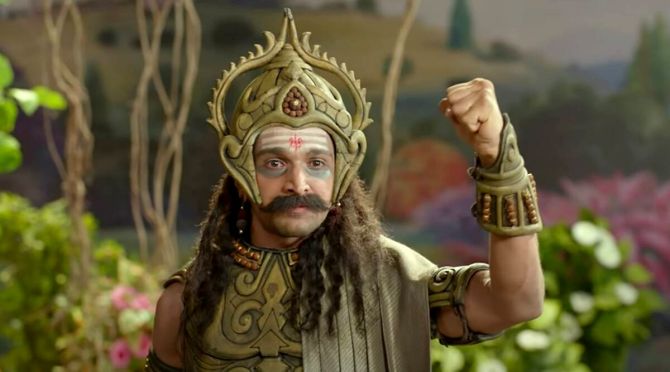 IMAGE: Pratik Gandhi in Mitron, top, and in Bhavai.

After a humble beginning in Saat Hindustani, Amitabh Bachchan went on to become a 'mahanayak'.

Nawazuddin Siddiqui played several uncredited 'extra' roles before he finally became a force to reckon with.

In fact, many actors went through slow starts before they became stars.

Not many know that Pratik Gandhi, who became a star after Scam 1992: The Harshad Mehta Story, started his Bollywood career with a supporting role in MitroN, whose lead was Jackky Bhagnani.

Now, the world will see him in his first film as a leading man, Bhavai.

But before that, Joginder Tuteja looks back at all the lesser known films Bollywood's leading men debuted in. 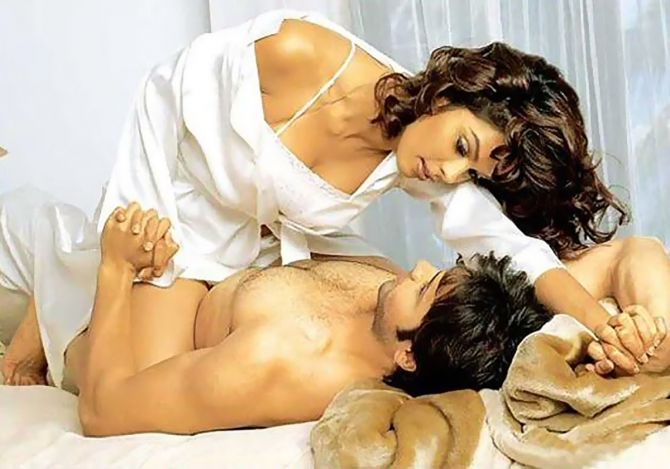 IMAGE: Emraan Hashmi in Footpath, top, and with Mallika Sherawat in Murder.

Emraan began his career with Footpath.

In the film, he shared screen space with Aftab Shivdasani.

But he got his big break with Murder where Mahesh and Mukesh Bhatt went all out to project him as the ultimate 'good-bad boy'. 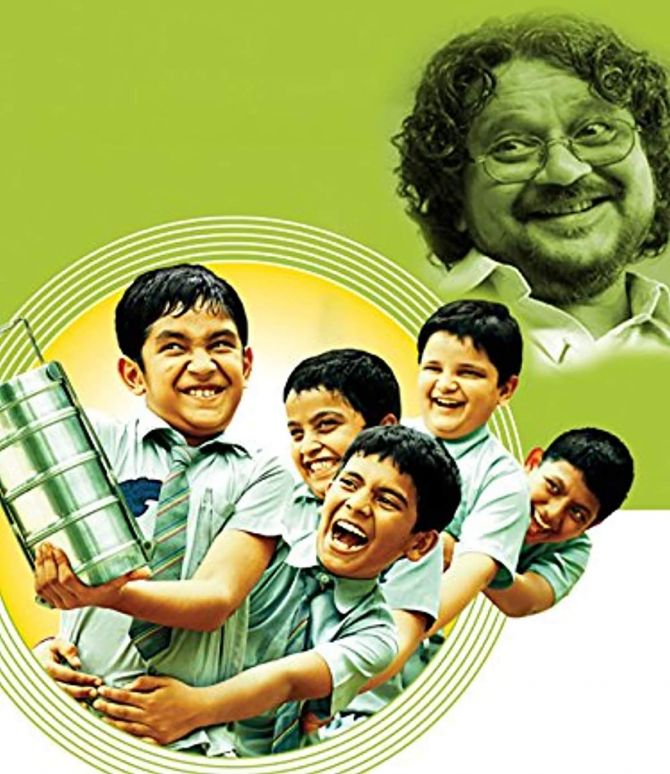 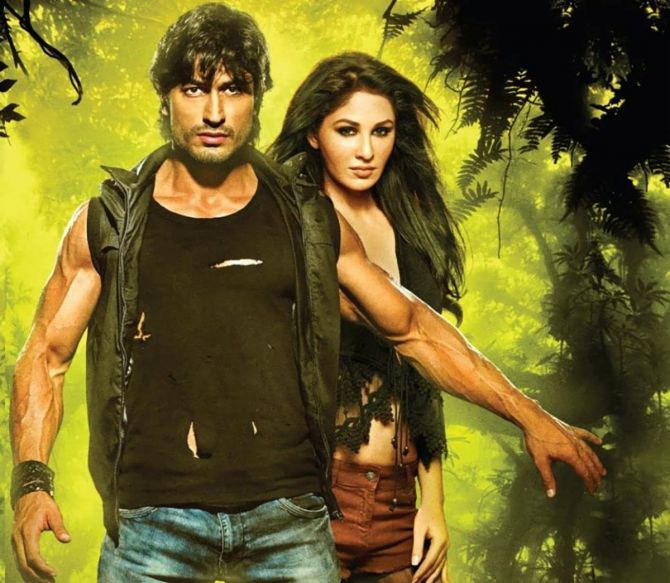 Chances are, you have missed Vidyut's cameo in Stanley Ka Dabba.

The actor started his career as Divya Dutta's boyfriend in this Amol Gupte film in 2011.

He was soon seen as a villain in John Abraham's Force, but he changed gears to be launched as a hero in Vipul Shah's Commando.

Today, he is an action star. 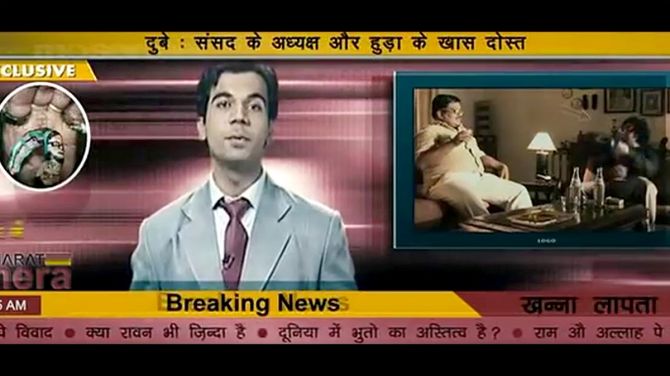 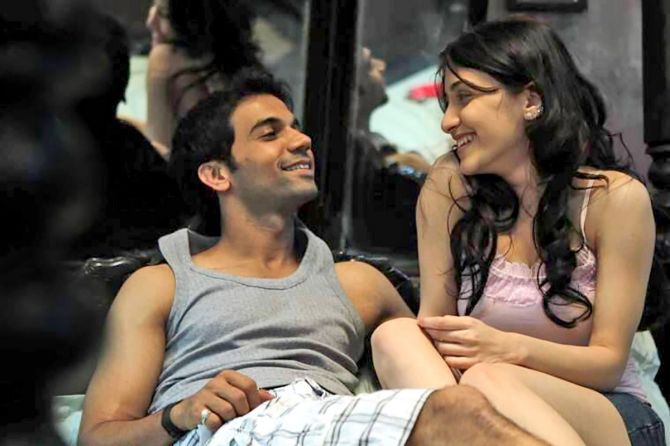 IMAGE: Rajkummar Rao in Rann, top, and with Kainaz Motivala in Ragini MMS.

From being an uncredited newsreader in Ram Gopal Varma's Rann to being a leading man today, Rajkummar has come a long way. 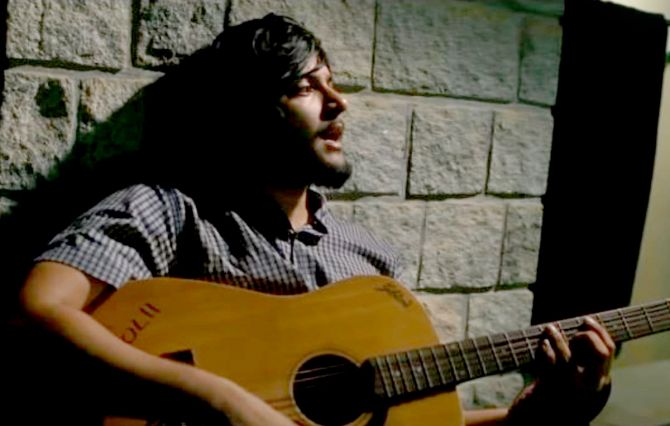 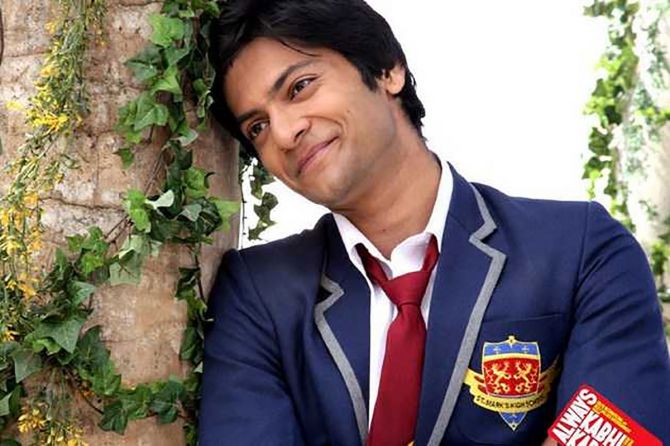 He was launched as a leading man by Shah Rukh Khan in his home production Always Kabhi Kabhi.

But Alihad to wait for Fukrey to become a star.

That's when his career took off, and the Mirzapur actor has made quite a name for himself. 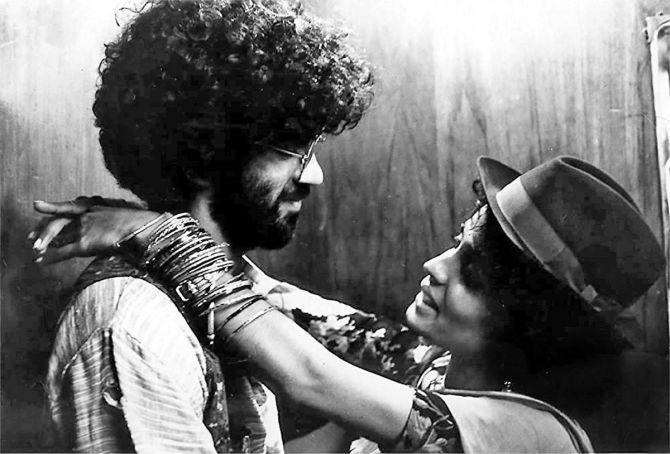 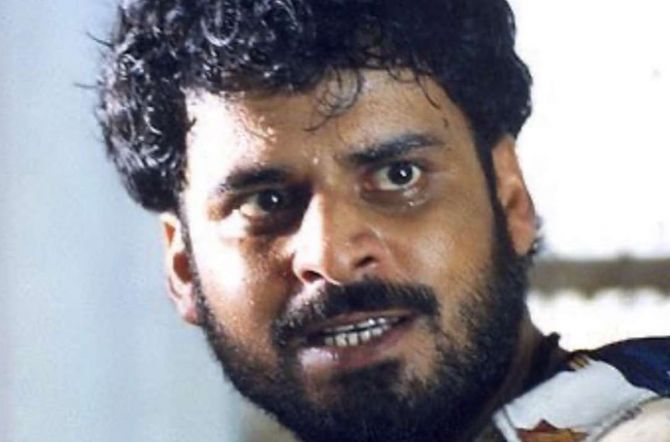 IMAGE: Manoj Bajpayee and Arundhati Roy in In Which Annie Gives It Those Ones, top, and inSatya.

In Which Annie Gives It Those Ones was Manoj's first outing.

He had to do several small supporting parts, including one in Bandit Queen, before making it big with Satya.

Guess who was Bajpayee's co-star in In Which Annie Gives It Those Ones? 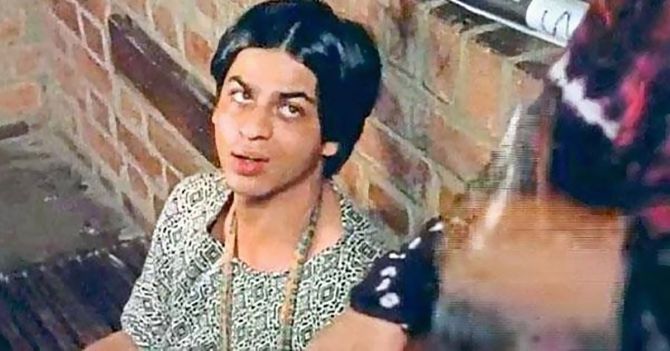 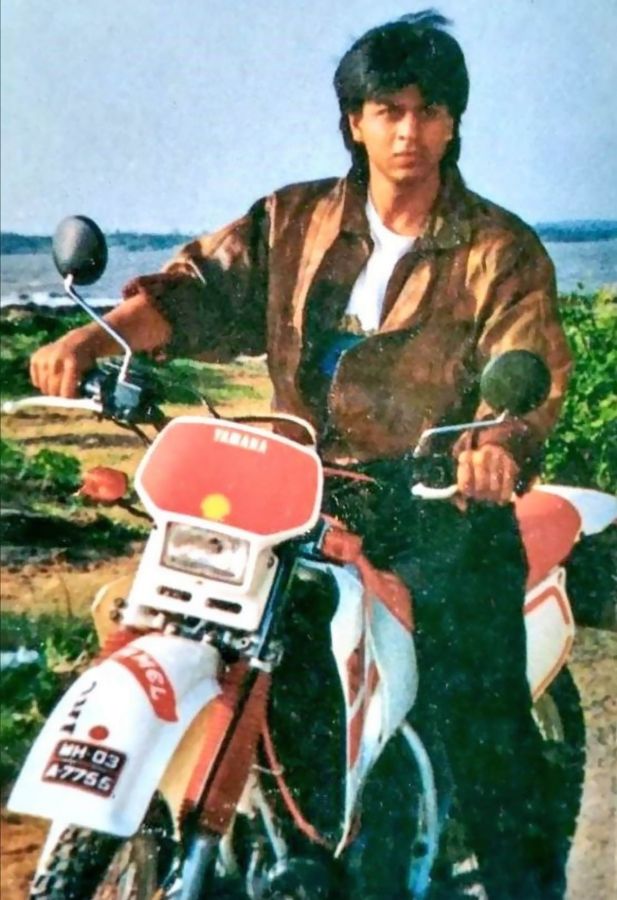 IMAGE: Shah Rukh Khan in In Which Annie Gives It Those Ones , top, andDeewana.

Yes, it was Shah Rukh Khan!

A theatre actor who went on to do many television serials in Doordarshan days, SRK's first feature film was In Which Annie Gives It Those Ones.

The big launch came with Deewana.

Incidentally, there were many movies that Shah Rukh had signed, including Raju Ban Gaya Gentleman, but Deewana released first. 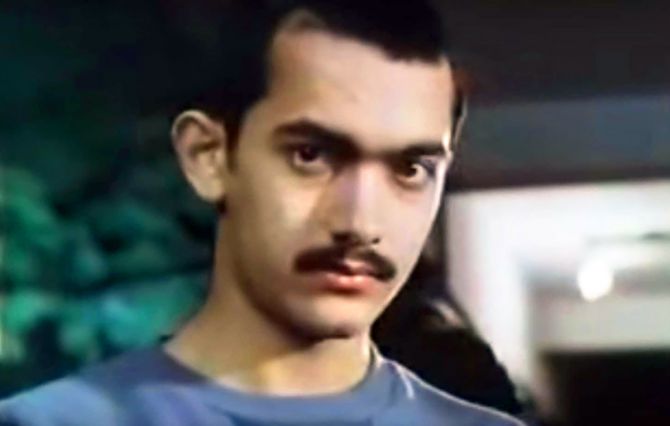 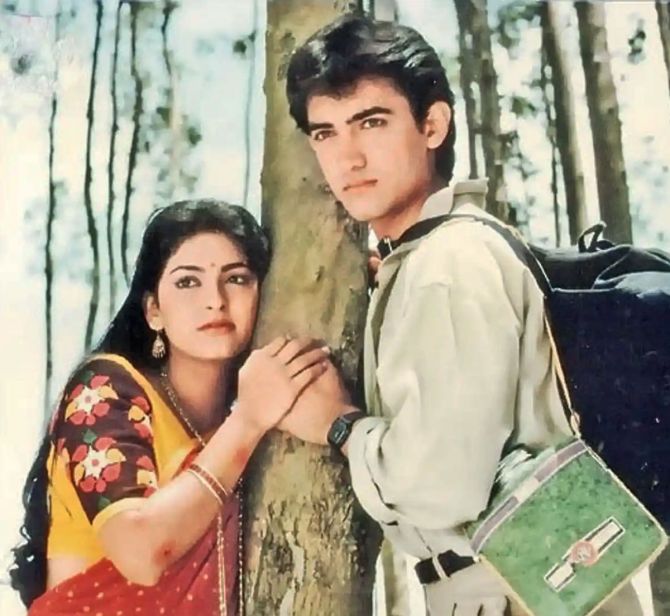 The film did not make a splash, and he was 'launched' in Qayamat Se Qayamat Tak, directed by cousin Mansoor Khan. 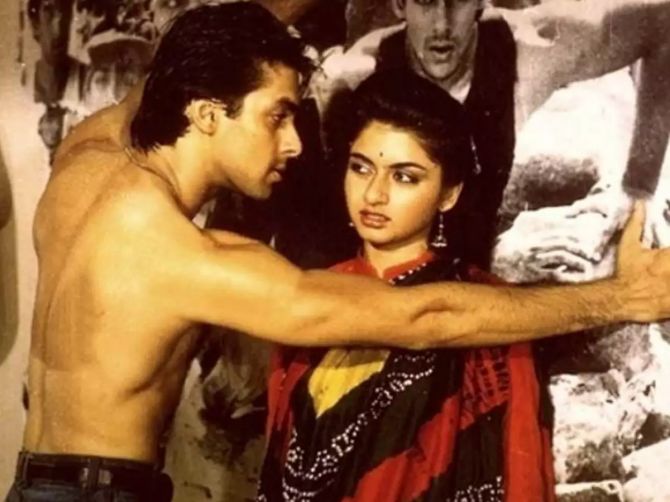 For the longest time, there was no home production to back him up.

So Salman starred as Farooque Sheikh's younger brother in Biwi Ho To Aisi, which had Rekha in the title role. 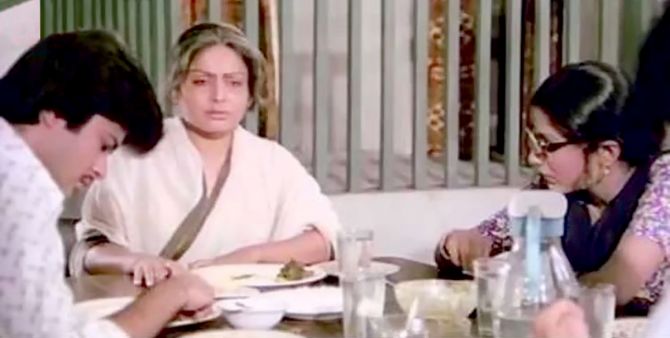 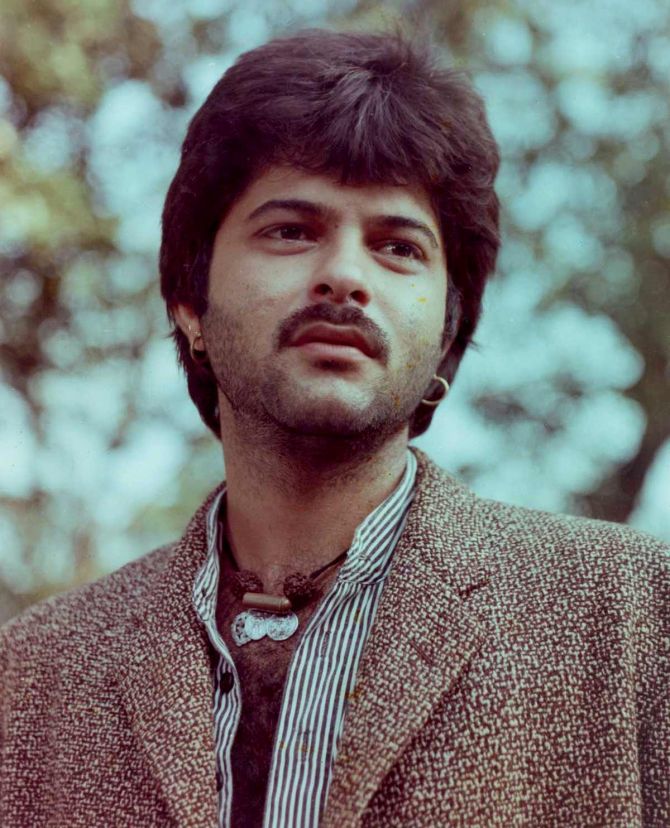 Anil began his career with a supporting role in Hamare Tumhare.

He had a small role in Ek Baar Kaho as well.

He finally made it big with his home production Woh Saat Din where he had an unconventional part.