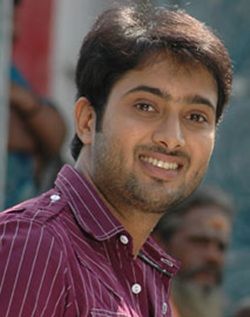 Actor Uday Kiran, one of Telugu film industry's most prolific actors of this generation, allegedly committed suicide at his house in Hyderabad on Sunday night.

The 33-year-old actor's parents and his wife found his body hanging from the ceiling at his flat in Sri Nagar colony on the night of January 5, police said this morning.

He was declared dead upon arrival at the hospital.

Deputy Commissioner of Police (West Zone) V Satyanarayana said that as per the available information, it seemed to be a case of suicide and the actor was apparently suffering from depression.

An autopsy would be carried out at Usmania General Hospital and the procedure would be video-recorded), he said.

"Only after getting the autopsy report we will come to know

what caused the death. Exact circumstances leading to the death would be known only after the probe," he said.

Subsequently, he starred in romantic films including Nee Sneham and Kalusukovalani.

In 2001, he won the Filmfare Award for Best Actor - Telugu for the film Nuvvu Nenu, and became the youngest winner of the Filmfare best actor award after Kamal Hasan.

In 2006, he made his Tamil debut with the film Poi, directed by veteran K Balachander.