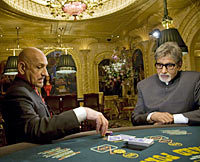 Any excitement over seeing Ben Kingsley and Amitabh Bachchan turning out histrionic performances in Teen Patti was not enough to give the $7.5 million movie a draw in the lucrative foreign markets.

Though its distributors in North America and the United Kingdom had not released the box office numbers on Sunday as most distributors do, the grapevine says the film is a dud.

Once upon a time, the Hinduja brothers had backed many hit Amitabh Bachchan movies like Amar Akbar Anthony. But the new film -- produced by Ambika Hinduja, representing a new generation of the business family -- isn't exactly soaring. Some box office analysts believe that the film was dead on arrival.

Over the decades, seasoned editors have saved many messy films. But the Oscar winning Hollywood editor Hughes Winborne (Crash) just could not save Teen Patti. Director Leena Yadav's second film was even more disastrous than her first film, Shabd.

Teen Patti, whose English dialogue was written by the independent Los Angeles filmmaker Ben Rekhi, may not make it easy for Kingsley, who is trying to raise $30 million for his Taj Mahal movie project.

Kingsley plays a pivotal role in the new film -- he plays a mathematician like Bachchan. This is Kingsley's second Indian film, after Gandhi. Gandhi, which fetched Kingsley an Oscar, was co-produced by Mumbai-based Suresh Jhindal (Rajnigandha and Katha) and Rani Dubey.

The new movie was ridiculed in the mainstream media.

'Sir Ben Kingsley has never been one to turn down a job, which is why his recent resume includes everything from the current number one movie in America, Shutter Island, to a role as a villainous vampire daddy in the 2005 schlockfest Bloodrayne,' wrote The Washington Post. 'His heroic willingness to cash anyone's check might explain why Kingsley, playing a Cambridge professor, phones in a handful of scenes in the overwrought, overlong, totally bonkers Bollywood thriller Teen Patti.' 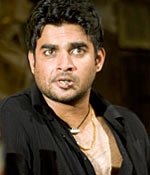 Though the review complained that Bachchan overdid his part and compared him to Al Pacino, who has become notorious in recent years for his overacting, it showed some sympathy for the Indian thespian.

'Kingsley is paired with one of the great classic stars of the Indian screen, Amitabh Bachchan,' the review continued, 'who brings such commitment and gravitas to the lead role of Venkat, a tortured Mumbai mathematician, that you almost think he doesn't know how ridiculous his movie is.'

'Gandhi meets the Big B in Bollywood's dire riff on a mediocre Hollywood movie (21)...' Time Out London wrote. 'Told largely in flashback, with frequent use of inexplicable on-screen montages, this gamble at pushing the bolly-envelope is a loser. Taunt whodunit thriller potential is lost by an overlong, pretentious narrative. Racy dialogue, dark interiors, cameos, saucy songs and auto-pilot acting fail to create mood and character. Its profound 'knowledge is power which must be used responsibly' message is laughable.'

Though The New York Times was kinder to the film than The Post and Time Out, the review faulted the director Leena Yadav for not making the film gripping. 'Ms Yadav, attempting something more than a typical Hindi movie, can't quite control her story either,' the review noted. 'The students are broadly sketched (greed is their dominant trait) or one-note, making the revelations at the end dead on arrival.'

The review gave Bachchan more credit than Kingsley. 'His scenery chewing provides the movie with some of the heat that its card games fail to generate,' the review argued. 'Mr Kingsley and Mr Bachchan's scenes together have real charm. They're like two old pros from different leagues tossing a ball around: loose, smooth, in no doubt of their power.'

Meanwhile, Shah Rukh Khan's My Name Is Khan became his highest grossing film in North America over the weekend, narrowly overtaking Om Shanti Om. Despite a fall in the third week, MNIK reached $3.6 million. Only two other Hindi films have made more in North America -- Deepa Mehta's Water made $4.5 million and Rajkumar Hirani's 3 Idiots made $6.6 million.

In the UK though, MNIK triumphed over 3 Idiots grossing about $3.5 million, about 25 percent more than the latter. The Shah Rukh film has grossed a strong $32.6 million worldwide, according to The Hollywood Reporter. 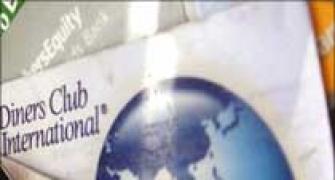 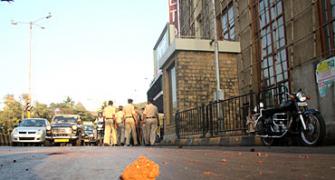 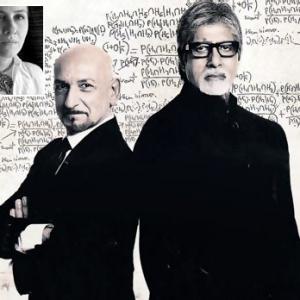 After Ash, Leena Yadav turns to Big B, Ben Kingsley 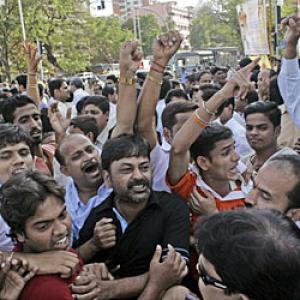