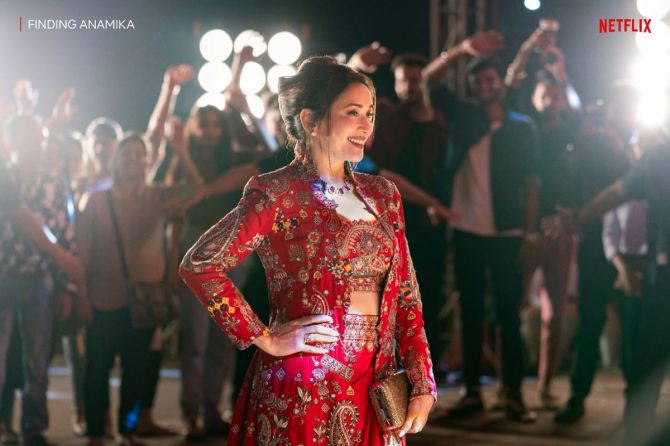 Netflix has unveiled a line-up of 15 original series as well as returning seasons of popular shows like Delhi Crime and She.

Madhuri Dixit, in her series debut, plays a global superstar, wife and mother in Finding Anamika.

Directed by Karishma Kohli and Bejoy Nambiar and produced by Karan Johar's Dharmatic, the series revolves around Madhuri's character and what happens when she suddenly vanishes without a trace. 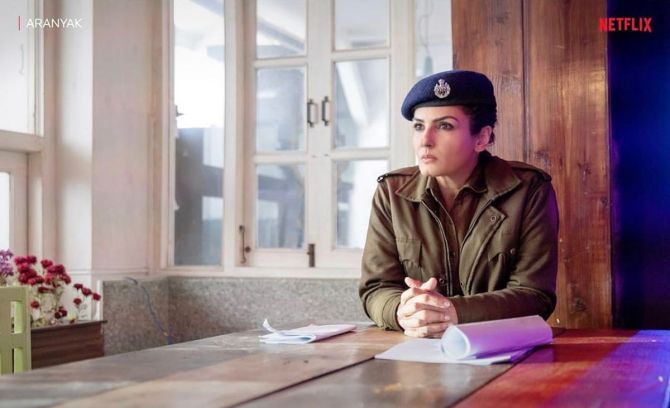 "Aranyak is an intriguing and mysterious story. I can't say much about that but my character is Kasturi Dogra and like many women, she is balancing her career and family. She wants to do well in her career but is held back sometimes due to other responsibilities," Raveena said at a virtual press conference. IMAGE: Surveen Chawla and R Madhavan play a couple on the verge of divorce in Decoupled.

It is a comedy about a couple on the verge of a divorce. IMAGE: Radhika Madan and Amol Parasher pair up in Feels Like Ishq.

Feels Like Ishq is an anthology of seven warm and breezy stories about the kindling of young love. 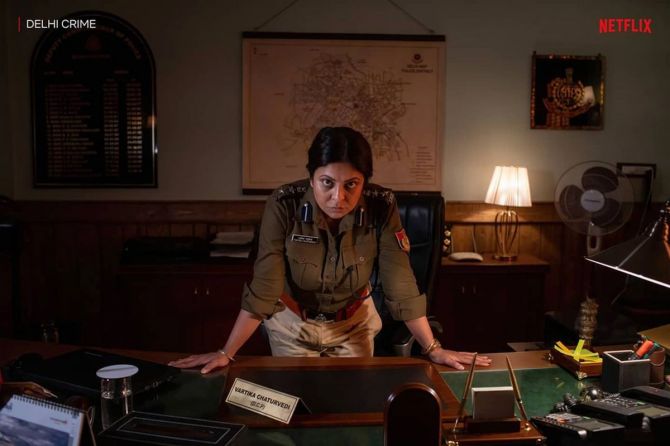 While the first season focused on the gangrape of a physiotherapy intern on December 16, 2012, the team tackles a new case in the follow-up chapter. 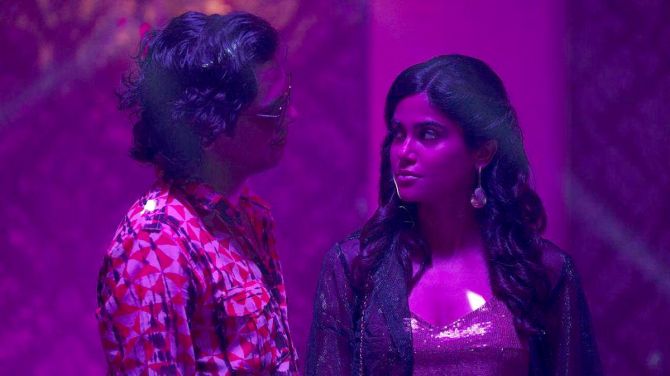 IMAGE: Vijay Verma and Aaditi Pohankar return in She, Season 2.

Imtiaz Ali's crime drama She has also been renewed for a second season, as well as shows like Jamtara - Sabka Number Ayega, Mismatched and Masaba Masaba.

Little Things is returning for the fourth season. The streamer has also acquired Kota Factory for a sophomore edition.

Ali said he had the story of She in his mind for a long time but could not work on it as it did not fit the film format. That's when he decided to turn the material into a series, which eventually starred Aaditi Pohankar and Vijay Varma.

"I was very happy when this whole revolution of the digital space happened in India and we were invited to make things for the longer format. I'm very happy about it," Ali said. 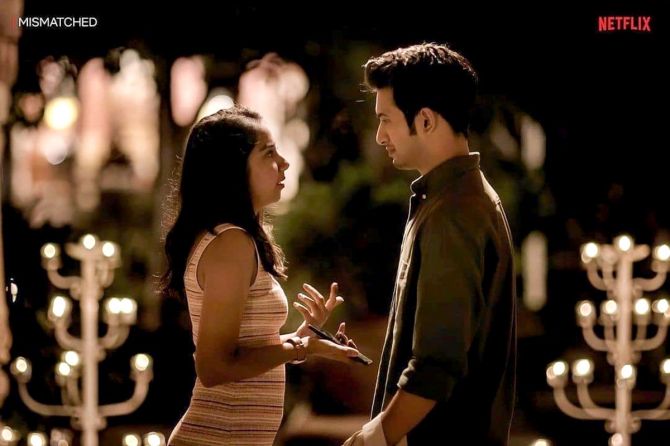 In an interview with PTI, Monika Shergill, vice president, content at Netflix India, said the team is "excited" about these upcoming projects, which also includes several film titles.

"It's been several months of hard work on the part of creators, on the part of the content team at Netflix to really bring all these stories for the audiences.

"It's 40 plus titles, right from big films to big series to returning seasons of series. We also have a huge unscripted slate, documentaries as well as comedy formats and comedy specials for 2021," Shergill said. 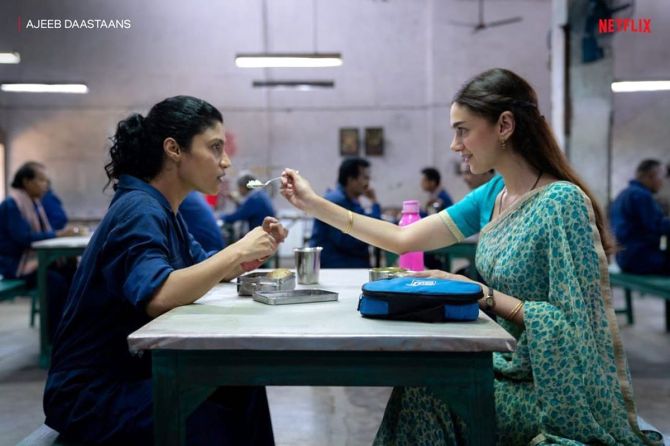 Shergill said India is a crucial market for the streamer, whose goal has been to bring out "high impact, high-quality storytelling, and many choices" for the viewers by bringing stories from established as well as new storytellers.

"I hope it ticks the boxes for our audiences in terms of quality, in terms of choice, in terms of entertainment... We want to make Netflix as the service of choice for everyone and for that we are working very hard as a team," she added. Director Alankrita Shrivastava's Bombay Begums, a series exploring the lives of five modern Indian women in Mumbai, is also part of the line-up.

Starring Pooja Bhatt, Amruta Subhash, Shahana Goswami and Plabita Borthakur, the show is set to premiere on the International Women's Day on March 8. Crime documentaries that will arrive include Crime Stories: India Detectives and House of Secrets: The Burari Deaths, a three-part docu-series that looks at the infamous Burari case, where 11 members of a family were found dead in their house.

It is directed by Leena Yadav and Anubhav Chopra.

After the success of Wild Wild Country, Netflix is exploring a documentary on Ma Anand Sheela, the late godman Osho's controversial ex-secretary and her return to India. 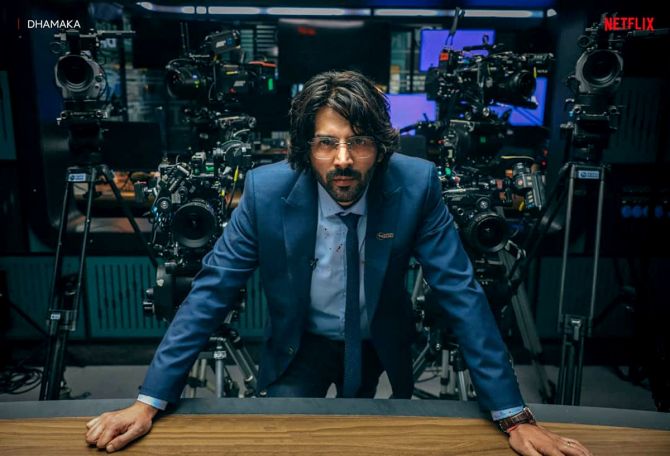 Indian Predator attempts to decode the minds of some of India's deadliest criminals.

The Big Day Collection, a behind-the-scenes look at Indian weddings, is also returning, whereas a new series on social media influencers titled Social Currency has been ordered.

In the comedy segment, popular comedian-actor Kapil Sharma will make his digital debut with a special. Shows from stand-up comics Sumukhi Suresh, Aakash Gupta, Rahul Dua and Prashasti Singh will also arrive on the streamer. 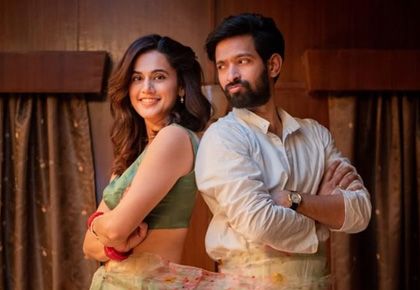