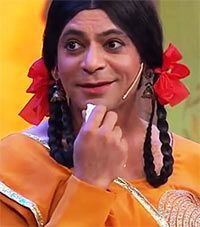 Sunil Grover will return to the show that made him a star, Comedy Nights With Kapil.

But he will not return as host Kapil Sharma's father-in-law, as some reports suggest.

He will apparently play several characters.

Says a source close to Grover, “It's not just Kapil’s father-in-law, though that’s an interesting character because Kapil and his screen wife (Sumona Chakravarty) are constantly bickering over her father. Sunil will play many other roles. He will appear in many avatars, including Gutthi.”

The decision to bring Grover back on the show as Gutthi is very significant considering the actor had quit the show, wanting to take his hugely popular character with him. Legal complications finally did not allow it, and Grover started his own show.

Now that he’s back on Comedy Nights, Kapil Sharma hopes to be less pressurized for time.

Says Kapil, “It is nice to have as many talented colleagues on the show as possible. I never wanted Sunil to leave. I am glad he is coming back.”

In the picture: Sunil Grover as Gutthi 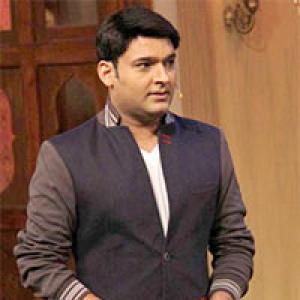 Kapil Sharma: Need to find a way of balancing show with a feature film